Sebastien Ogier and Thierry Neuville head into Sunday’s Rallye Monte-Carlo finale split by less than a handful of seconds after another titanic mountain road duel today.

World champion Ogier extended his 2.0sec overnight advantage to 5.6sec in the opening special stage north of Gap. The Belgian reduced the deficit in the next two tests before Ogier eked out another few tenths in the last one.

“I have a big lead, I’ve doubled it since this morning!” he joked. “I expect easier conditions tomorrow and it will be an intense end. Thierry will not give up. We both want to cross the finish line but we both want to win.”

Neuville acknowledged he had a hard task against Ogier, who hails from Gap, on roads that varied between ice, snow and dry asphalt. “I kept it safe. Ogier is at home, it’s his area. He knows the stages well and I needed to be careful,” said the Hyundai i20 driver. 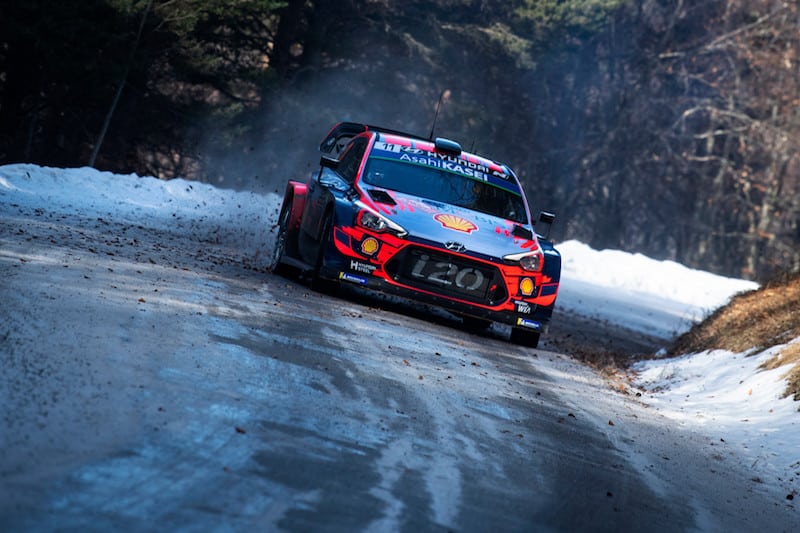 Sébastien Loeb and Jari-Matti Latvala fought an equally absorbing battle for third, almost two minutes behind the pair ahead. They traded places on three occasions before nine-time champion Loeb, driving an i20 for the first time, ended 2.3sec clear.

Andreas Mikkelsen restarted in third but his podium hopes were shattered when the Norwegian swiped a wall in the final corner of the opening test. The impact destroyed the rear left of his i20 and he retired.

Ott Tänak was unbeatable as he fought back from a broken wheel rim yesterday. Aided by a brave tyre choice this afternoon, the Estonian won all four stages in his Toyota Yaris to climb to fifth. He is just 15.0sec from gatecrashing the Loeb/Latvala scrap. 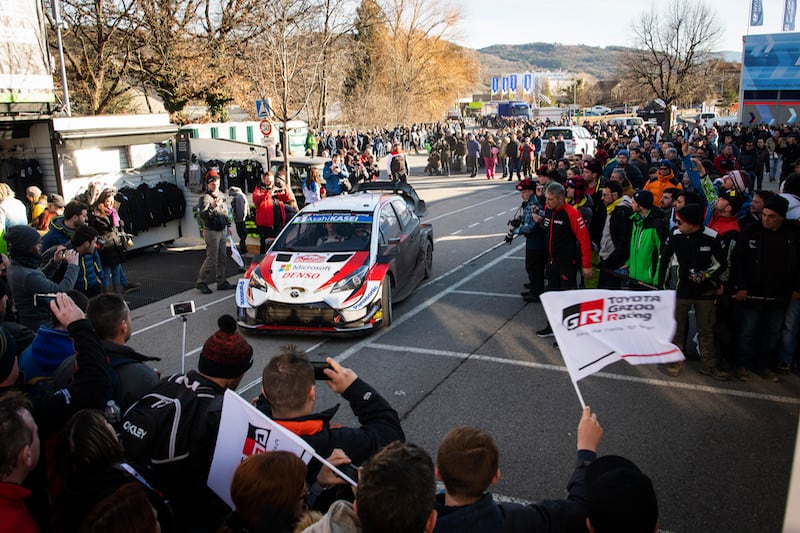 Elfyn Evans crashed out of sixth when his Ford Fiesta plunged down a steep bank while Esapekka Lappi parked his C3 midway through the opener with a suspected engine problem. Rallye Monte-Carlo rules mean none of today’s retirees restart tomorrow.

Sunday’s finale stays true to tradition. Based in the Alpes Maritimes mountains above Monaco, it comprises a double loop of two stages covering 63.98km and two passes over the legendary Col de Turini. The rally-closing Power Stage offers bonus points to the fastest five drivers.