Young Toyota Gazoo Racing Australia driver, Lewis Bates, says he’s looking forward to the season ahead after a successful first couple of days behind the wheel of the Toyota Yaris AP4.

The younger brother of ARC round winner, Harry, Lewis said the car is simply amazing to drive.

“It is the next level above anything I have driven before in both engine performance and the way it handles,” he said.

Bates credits the team who have built such a fast car, and is focussed on delivering the best possible results for the team. 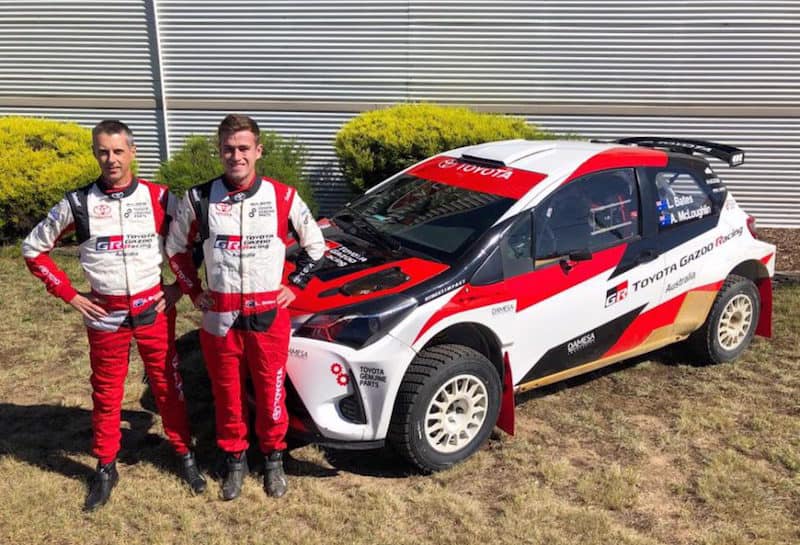 “This season will be a big learning curve as we are stepping up into the Yaris AP4,” he highlighted.

“Our aim is to take it one rally at a time and keep improving throughout the year. The ultimate goal is to get the best result possible for the team.”

For the 2018 season, Bates, competed in the team’s ageing Toyota Corolla S2000, and delivered some impressive results, earning him the drive in the second Yaris when Toyota announced their factory return to the championship.

In debuting the car, Bates tested on the Rallye Des Femmes around Canberra, alongside newly announced co-driver, Anthony McLoughlin, who he believes will be a great asset in this season’s learning.

“Anthony and I have always worked well together from the first rally we did together,” Bates explained.

“He is one of the most experienced co-drivers in Australia and it is exciting to have him onboard for the 2019 season.”

The paring will share the existing Yaris at a rallysprint in two weeks’ time while the team continues the build of a brand new Toyota Yaris AP4 for Harry, which has recently been painted.