Toyota Australia have announced they will form a Toyota Gazoo Racing Australia team for an all-out assault on the Australian Rally Championship in 2019.

At a special press conference in Sydney, the manufacturer announced their return to the championship, with Toyota's WRC stars Ott Tanak and Jari-Matti Latvala in attendance.

“Australians have long had an enthusiastic appetite for motorsport and performance cars, and we are committed to delivering the excitement they offer through initiatives like the new rally team we are launching today," Gabriel said.

The new Toyota Gazoo Racing Australia rally team will be based in Canberra, running out of the Neal Bates Motorsport workshop. 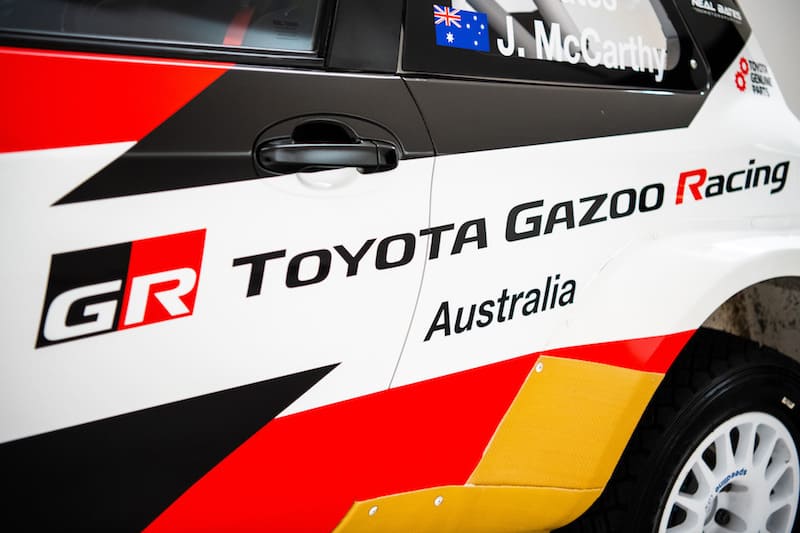 The Toyota Gazoo Racing name will adorn the new team in Australia.

Championship contender, Harry Bates, will lead the team, with brother, Lewis Bates, stepping up from the old Super 2000 Corolla to the AP4-spec Yaris in 2019.

The two Yaris AP4s will give fans immense excitement across the six round championship.

“Our long history with Toyota in Australia has been a great one for me personally, with its support helping myself and Coral Taylor to four Australian titles,” Team Principal Neal Bates said.

“I am immensely proud that Harry and Lewis can continue our very strong partnership with the brand, and we as a team have the opportunity to run under the Toyota GAZOO Racing banner that is growing across the globe.” 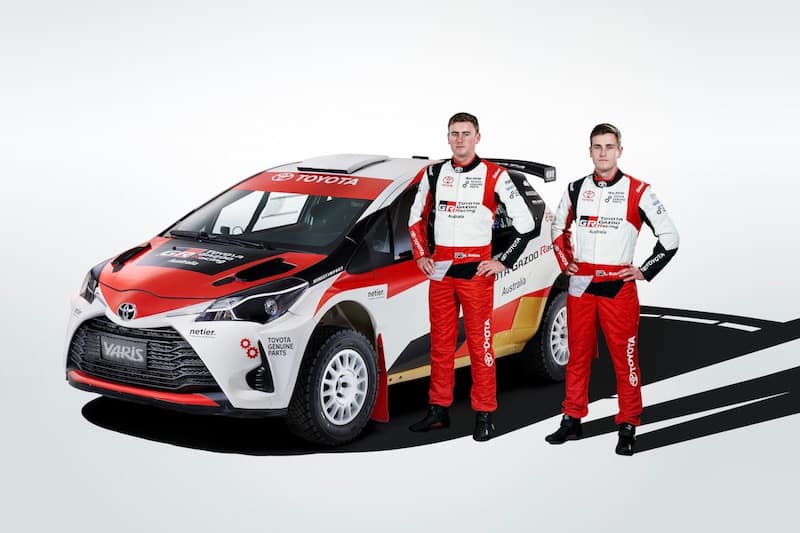 Harry and Lewis Bates beside their 2019 challenger - the Toyota Yaris AP4.

The striking new livery and driving suits are similar to that of Toyota's World Championship team, giving them a professional new look.

With one round of the Australian Rally Championship to run, Harry Bates lies in second, and will be driving under the Toyota Gazoo Racing Australia banner later this week.

He is still a chance of taking out his first title at next weekend’s Rally Australia on the Coffs Coast, currently lying second behind series leader Eli Evans.

His brother Lewis' debut in the new factory squad will be delayed, but he'll also be behind the wheel of a Toyota Yaris AP4 at the opening round in Western Australia next year.