The Alpine Rally may have been postponed until next year, but fans can still get their fix with a new book on the rally’s history.

Written and produced by long-time competitor, and 1970 Australian Rally Champion Bob Watson, the 254 page hard-cover book chronicles the story of the Alpine Rally from 1921 until 2021.

Starting in the 1920s when the event was more a tour than a full-on rally as we know it today, the rally was originally supported by the Royal Automobile Club of Victoria.

Events in each decade are well covered with a brilliant catalogue of period black and white photos, and later, with colour images that go up to more recent times. 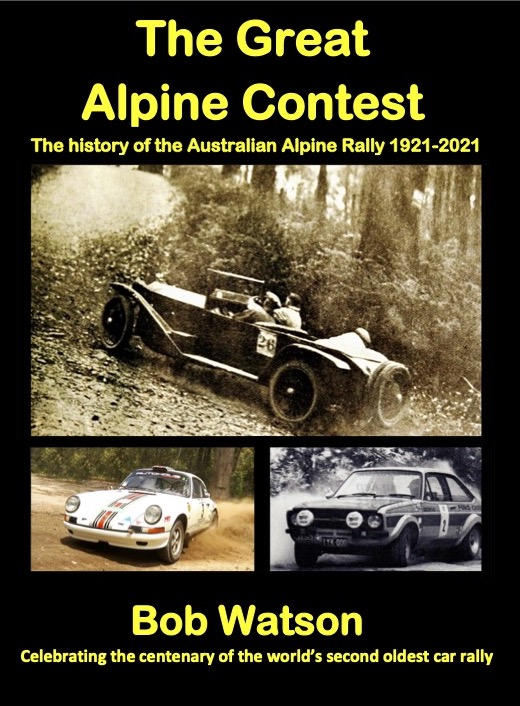 Many of rallying’s great names are attributed with stories in the book with their own thoughts and memories of the Alpine Rally, including Bruce Keys, Greg Carr, Geoff Portman, Harry Firth, and importantly, long-time director Stuart Lister.

The book includes original Alpine Rally documentation, results, and a full list of rally stats that include the rally winners and the directors.

Clearly 100 years in the making, ‘The Great Alpine Contest’ is a fantastic read, whether you want to read it from cover to cover in one go, or pick and choose whenever it takes your fancy.

The compromise aspects of previous championship car design are receding and the WRC2 has done much to bring state-of-the-art technology to Ralliart.   For the first time Mitsubishi rally

"Subaru's sales pitch has been so closely tied to rallying for so many years that it's hard to see the factory Imprezas staying away from the WRC for too long,” the highly

High-tech rally Daihatsu is no Charade

Still unseen by the awaiting throng of spectators, the guesses are thrown around. Escort BDA? Honda Civic Type R? Corolla S2000? When it finally crests the rise and comes into view, jaws

T hink of a rare and highly desirable car that you’d like to own. Perhaps it might be a Datsun Violet 710SSS, a 911 Porsche, an early Monaro 350GTS, an RS1800 Escort