Bryan Bouffier took the ERC victory in Poland in his Ford Fiesta.

The event was run in extremely high temperatures in Poland, where he has three times been national champion. 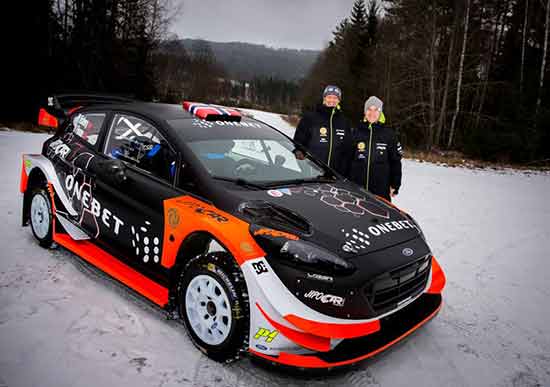 Mads Ostberg got more tarmac practice in Poland.The rally was noted for a considerable number of accidents which on the first day led to a high level of cancelled stage distance, especially for later running crews.

He won the pre-event Shakedown, was fastest on the first stage but rolled off the road on the second.  This allowed ERC guest driver Mads Ostberg to take the lead, but he had a series of misfortunes, starting with loss of brakes, followed by power steering failure, and ultimately by delay when he punctured and had to change a wheel in a stage. 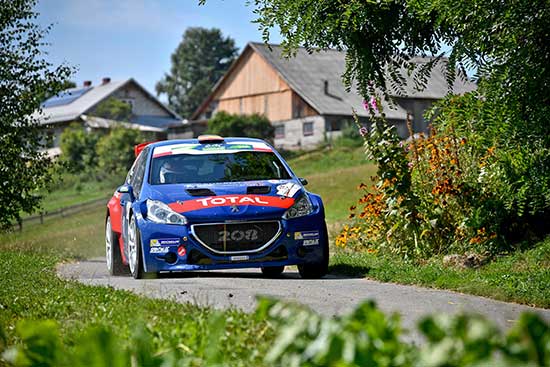 Peugeot Rally Academy driver Jose Suarez was third overall.On stage four Bouffier went into the lead he held to the finish.  He was heading Nikolay Gryazin before Kajetan Kajetanowicz moved up to second place.  Third placed Gryazin then rolled.

Finally in third place was Marijan Griebel who comfortably won the Under 28 category ahead of fellow Peugeot driver Sylvain Martin, while Peugeot Rally Academy driver Jose Suarez was third.

Leading all the way in the R2 car Under 27 category was Jari Huttunen, fresh from his win in the R5 WRC2 category the previous weekend in Neste Rally Finland, challenged initially by fellow Opel Adam driver Chris Ingram.