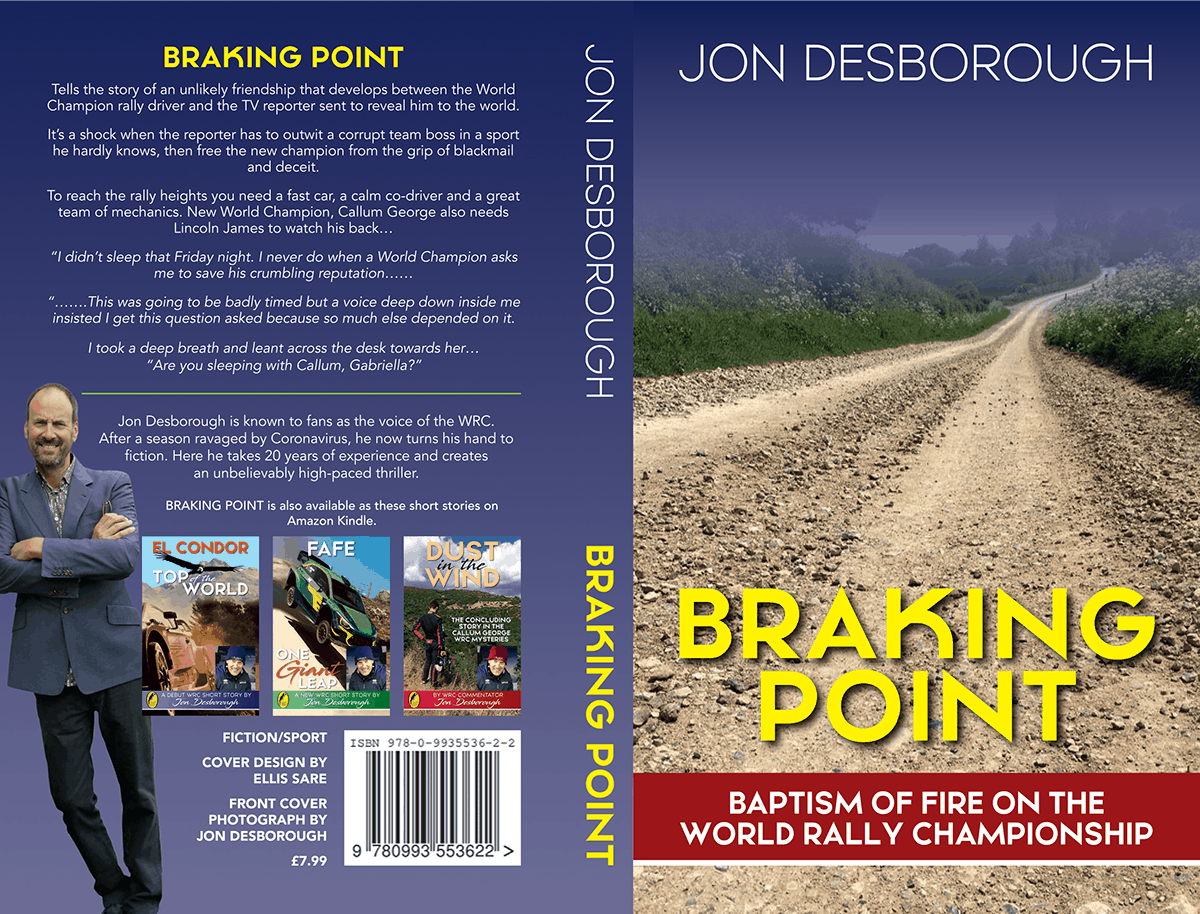 Fiction in sports publishing is a rare commodity. But WRC AllLive Presenter, Jon Desborough, has turned his 15 years of experience in the World Rally Championship into his debut short novel, BRAKING POINT.

“I imagine I was like many in our business. As soon as Coronavirus hit our output, I faced an uncertain future full of anxiety and endless days with nothing to do,” Desborough says.

“The empty summer seemed like the right time to write.”

Desborough has spent his time as a commentator on the FIA World Rally Championship and presenting on the sport’s App-based output, AllLive.

“The WRC is a wild and exotic place in which to compete, but it doesn’t have too much blackmail and deceit in it,” he says. “I thought I would change that.”

First things first, he had to create a British champion, something Britain hasn’t enjoyed for almost 20 years.

“That champion is Callum George, part Welshman, part Scot – perfect rallying DNA. Then I just dropped him in as much trouble as I could,” he adds.

“BRAKING POINT is set in what I call a golden age of motorsport. But it’s packed with inspiration from the turn of the century and is a bit of an homage to the glory days of Colin McRae (1995 World Champion) and Richard Burns (2001).

“It was a lot of fun to write and an easy sport to manipulate. Plenty of twists and turns, and like a good rally on the WRC, it starts quickly and gets quicker.

He continues: “The Coronavirus crisis left me a little boxed in. So, I decided to self-publish. Some creative thinking and help from friends in the village turned the words into a self-published paperback, written in Dorset and printed here too.

“It’s been a team-effort, but friends and fans have helped me design and illustrate my story. I’m particularly proud of the front cover.”