Breen announced at M-Sport for 2022

Crain Breen has been confirmed M-Sport Ford’s new #1 driver for 2022.

Breen finished Rally Finland at the weekend in third position which marked his third podium in a row.

For 2022 and 2023, he’ll have a full WRC campaign, rather than the part-program he’s had with Hyundai for the past two seasons.

Armed with the new Ford Puma Rally1, Breen is looking for strong results.

“I think myself, Paul and this team are meeting each other at the right time and in the right way,” he explained.

“It was really, really exciting to get to meet the team and to see the Puma for the first time.

“Before I go on, I’d like to take this opportunity to thank Andrea [Adamo, Hyundai Motorsport team principal] and all the boys and girls at Hyundai – it’s been a great couple of years with them. But now it’s time for the next step.”

M-Sport boss, Malcolm Wilson, explained that the two parties have been talking for a number of months and will now join forces in what he believes is a ‘fantastic car’.

“I have known and followed Craig’s progress for over ten years now, his father was a great customer of M-Sport and I have watched Craig develop in a number of different M-Sport cars, using our ladder of opportunity to get him to where he is today,” he said.

“His performances this season have not gone unnoticed, delivering fantastic consistent results whilst only having a partial WRC programme.

“We started discussions about the possibility of joining forces a number of months ago and I am very excited to be able to now officially announce that he will lead the team for the next two seasons.

“We have a fantastic car in the Puma and I have no doubt that Craig and the Puma will deliver success for the team in the coming seasons.” 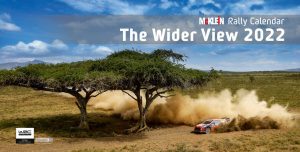 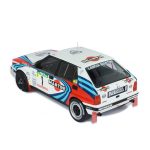