Clean run the aim for van Klink in Waitomo 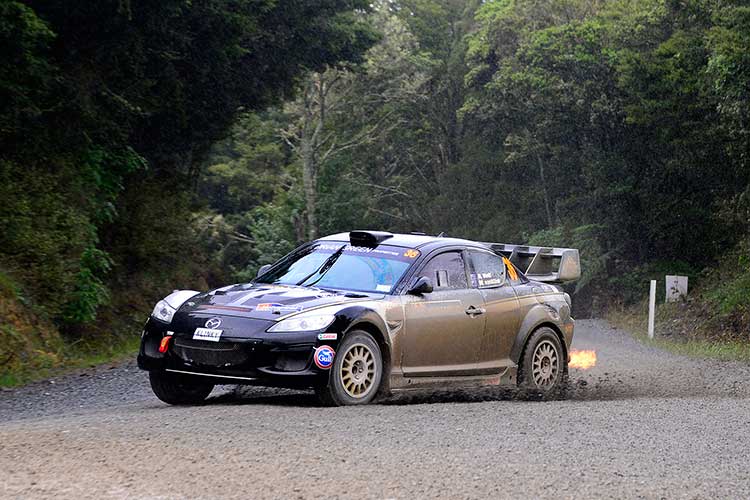 After contesting the opening round in the successful Group B Mazda RX-7, van Klink has suffered a string of issues with the new open two-wheel drive specification triple rotor Mazda RX-8, although he has managed to record two podium finishes from the three events started.

It has not been all gloom for van Klink and co-driver Dave Neill, who currently sit third in the open two-wheel drive in the wildly popular Buteline Mazda.

There has been plenty of work since the previous round at Coromandel for the Klink Rallysport team, including contesting a Mainland series round in South Canterbury in preparation.

This event is one that will be challenging for van Klink, with the demanding nature of the special stages in the King Country and Waikato regions not necessarily suited to the big and powerful Mazda, with an average stage length of more than 33 kilometres meaning van Klink will be working hard for a result.

“Basically we just want to have a trouble free run, with having a new car for this year we’ve certainly had a few teething problems, the car’s been fast but hasn’t lasted the distance,” says van Klink.

“It’s a big event with lots of long stages and she’s a big bus on some pretty demanding stages, so I’m sure I’ll be working up a sweat once or twice throughout the day.”