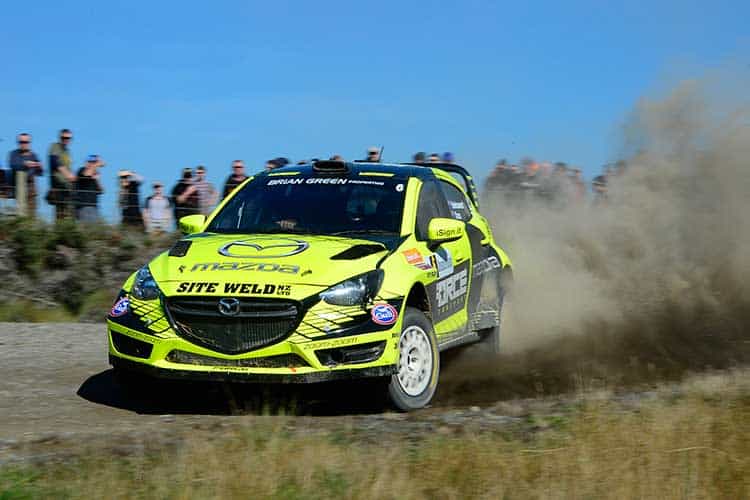 Andrew Hawkeswood will be aiming to extend his NZRC lead. Photo: Geoff Ridder

Hawkeswood and co-driver Jeff Cress have been the fastest of the regular runners at each of the opening four rounds to date in their Mazda 2 AP4+ car, only to have niggling mechanical problems hamper his progress on the opening three rounds.

Round four, Rally Coromandel, saw a breakthrough result for the Force Motorsport team, with a 1-2 finish seeing Hawkeswood follow home Australian driver Brendan Reeves. With no Reeves the final two rounds, Hawkeswood is in a prime position to extend his championship lead.

For this event, the team has not made any major changes to the car and after a successful shakedown are confident that the car is ready to complete the 200 kilometres of special stages that make up the Hamilton based event.

“Waitomo will be a pretty important event for us, really we need to finish and finish well,” says Hawkeswood.

“The guys have been right over the car, with more than 200 kilometres of special stages we need to make sure we don’t have any issues. Now it’s up to Jeff and I to make sure we can do the job.”

The Handy Rentals Rally Waitomo gets underway with a ceremonial start at the Rototuna Shopping Centre in Hamilton from 5pm on Friday. The following day, crews will tackle 207.8km split across six special stages throughout the Waikato and King Country. Crews will then return to the finish at the Hamilton Car Club from 5.25pm.