The first round of the American Rally Association National Championship, the Sno Drift Rally, did not disappoint for OzRallyPro co-drivers Alex and Rhianon Gelsomino.

The Gelsominos bring us their thoughts on the event, and the challenges of the snowy Sno Drift Rally. 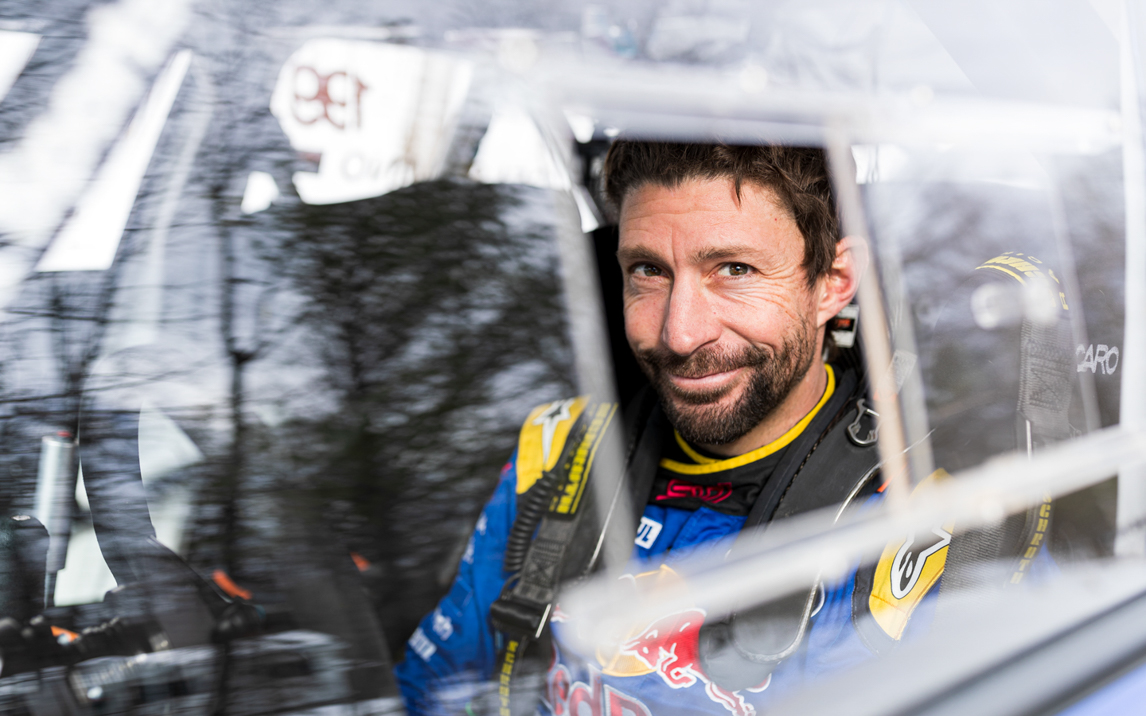 Travis Pastrana took the top step on the podium in the Sno Drift Rally.

What an incredibly challenging event. Winning this rally gives Travis and I the best start to the year.

We really worked hard. I went to Travis' home, Pastranaland, 3 weeks ago to work on videos and notes from previous years. Then at the event, open recce allowed us to do 4 passes on all 4 stages.

After recce we worked on videos further and increased our precision. With the stages being a combination of technical and fast roads, the changing grip and conditions was our biggest concern.

Knowing we can’t use studded tyres, it was a matter of, do we go out on the production based ice tyres that are re-grooved and tractionised to make the thread extremely soft, or the snow tyres.

The final loop was the biggest question. With the stages now extremely polished, was it time to use the ice tyres?

Travis and Barry both decided to run the ice tyres and Brandon stayed on the snow tyres. Stage 9 was a challenge and Travis and I slid off the road and lost 13,seconds. Brandon won the stage by 7,seconds and we were worried we had made the wrong tyre decision.

Travis and I won the rally by over 1 minute to teammates Brandon Semenuk and John Hall. We couldn’t be more happy.

Now our focus moves to the 100 Acre Wood Rally, the rally that was run as 'Show Me Rally' in October 2020, with Brandon taking the win. 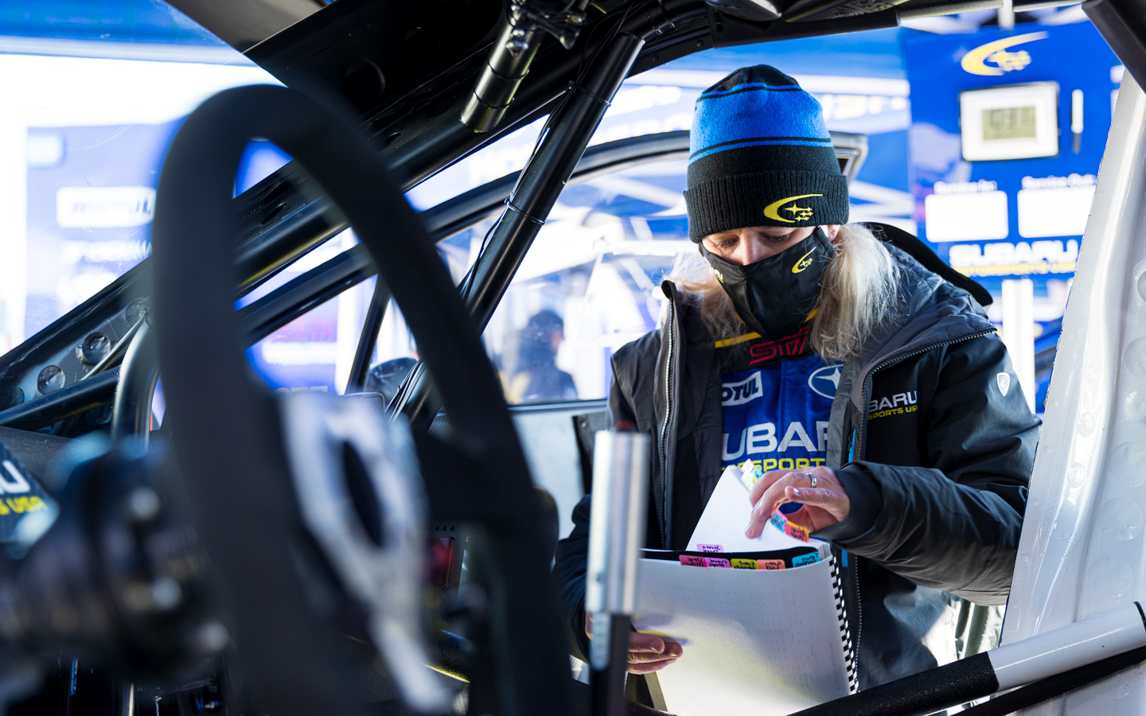 Rhianon Gelsomino checks her paperwork ahead of another snowy stage in the USA.

Very tricky conditions this last week in Michigan, due to the lack of snow. We found very inconsistent grip and knew it would be one of the main factors going into the rally.

Andre and I worked very hard on the pre-event test and during the recce in order to give us the best advantage possible in car set-up, tyres and pacenotes for when it came to run the stages at full speed during the rally.

Andre came into the event with no experience on the R2 platform, having never driven a sequential gearbox or raced on snow and ice. But already from the test I realised (without telling Andre and putting extra pressure on him) that the speed would be good enough to have a shot at winning.

Prior to the event we secured the services of former 2WD National Champion Chris Duplessis, which was a big help in speeding up Andre’s familiarisation with the correct procedures to drive the R2T and take maximum advantage of chassis and tyres.

We started the event as fast and clean as possible and put nearly 30 seconds on our competition on the first loop of the stages. However, we knew it wouldn’t be enough of a buffer, so we had to push slightly more on the second loop to give us a safer gap.

We then eased a bit on the third loop, but without taking much speed off, as it can sometimes be detrimental to slow down too much, and we didn’t want to make a mistake because of that.

To reach the finish with over 3 minutes lead in 2WD and with such little experience from Andre was very rewarding for us and the team.

Next the championship moves to the fast stages of the 100AW Rally on March 19 and 20 in Missouri. 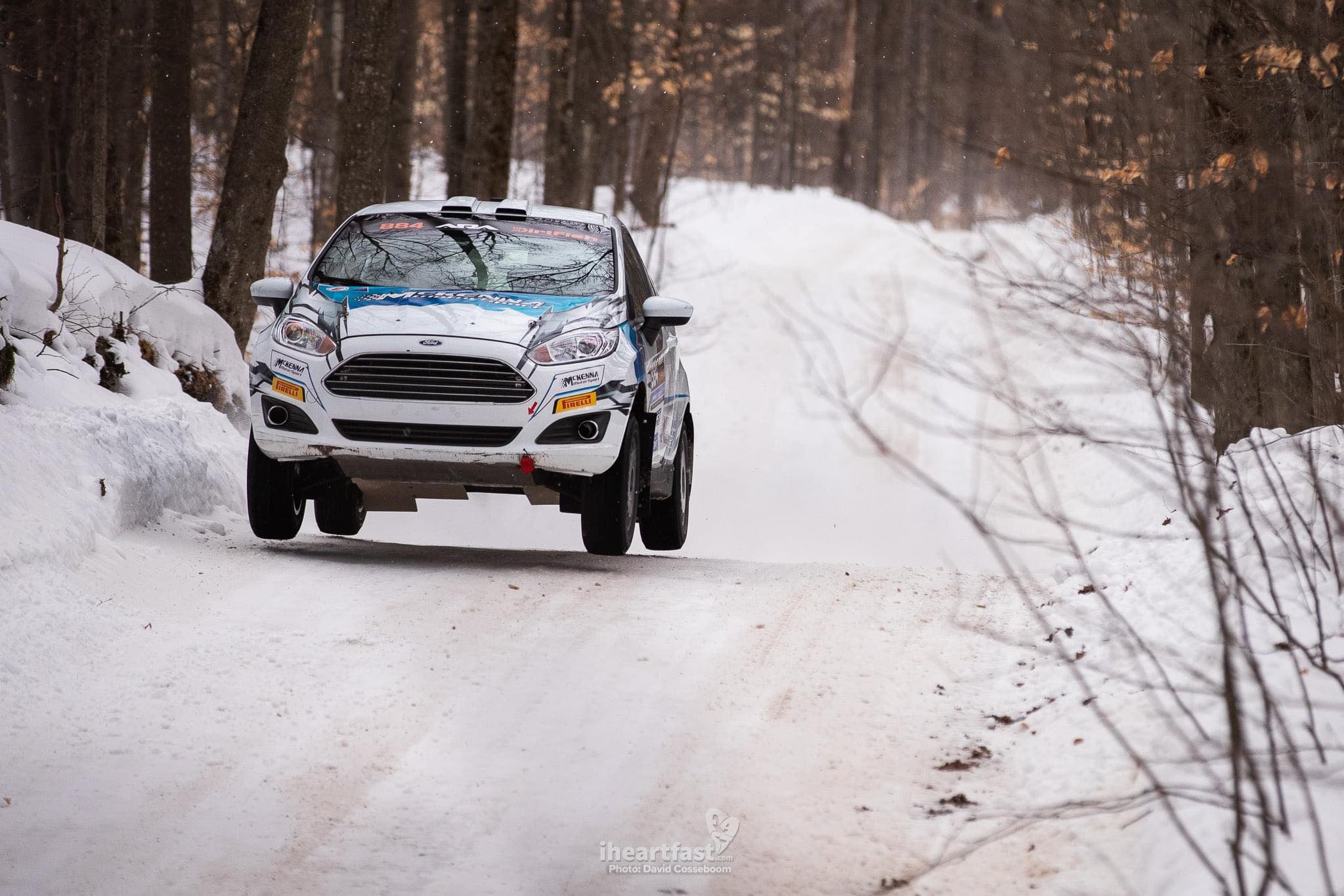 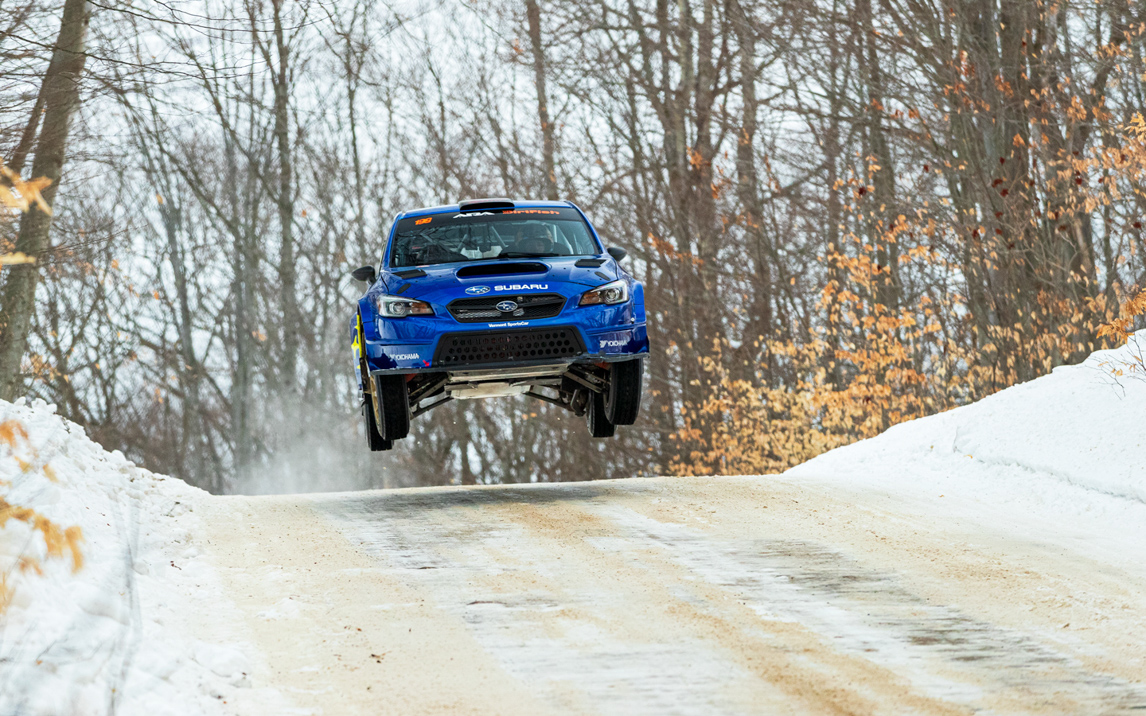 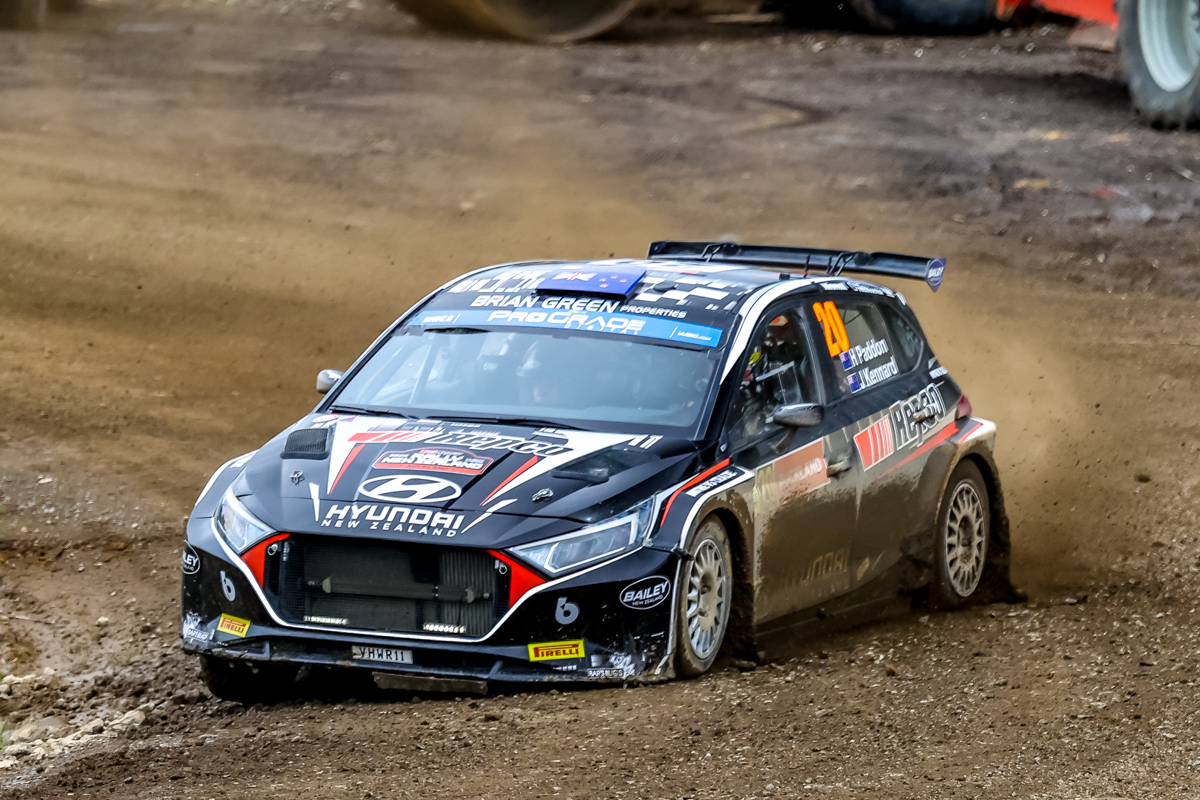 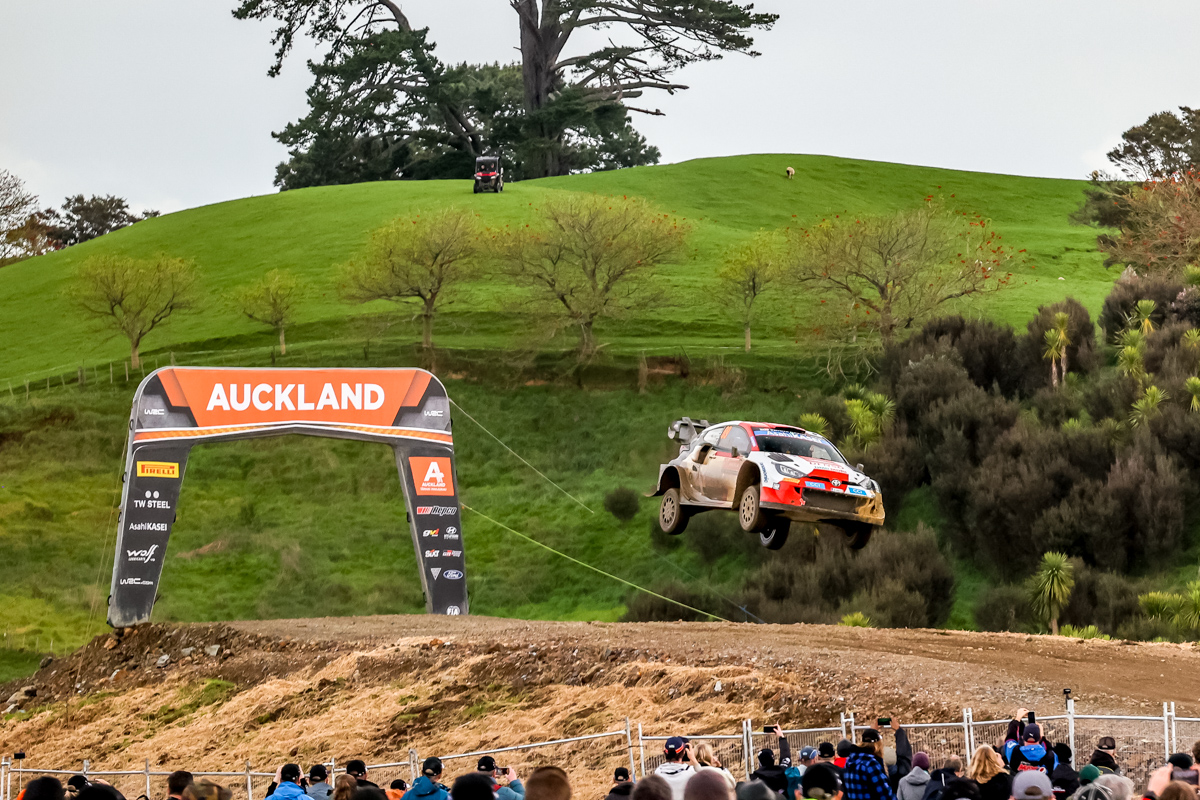