Esapekka Lappi's fiery end to the Rally of Mexico was as expensive as it was dramatic, but it is far from a rarity in rallying. Combustable fluid dripped on to the hot exhaust of Lappi's car at the end of a competitive stage, and while fire marshals and the driver did their best to extinguish the blaze, the car was totally destroyed and burnt to the ground. Once again it brought back bad memories for me, after I suffered from a terrifying rally car fire back in 1998. Like Lappi's fire, mine occurred at the end of a long special stage in a round of the Victorian Rally Championship, the North Eastern Rally. In my case, a blocking plug dropped out of the bottom of a downdraught Weber carburettor mid-stage. The car started to misfire, but thinking it was only a plug lead that had come loose, I powered to the stage finish as quickly as I could. 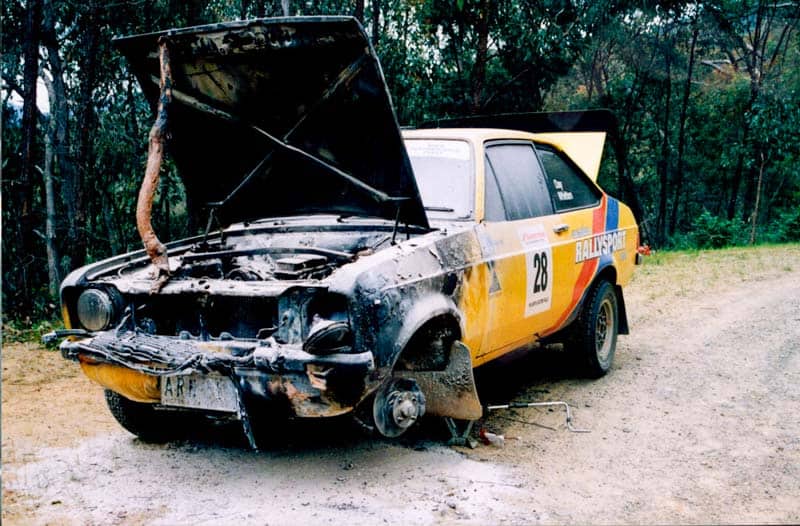 Peter Whitten's Escort was badly damaged in a 1998 fire on the North Eastern Rally.

The leaking petrol had been blowing back against the firewall of the car, but once the car came to a stop however, the fuel from the carburettor started draining onto the hot exhaust, and up it went. Many fire extinguishers were used to try and put the fire car – all to no avail at the time. My co-driver and I started ripping things out of the cabin of the car (wallets, clothing, road books, etc) as the car continued to burn. We couldn't get the bonnet up because of the flames and the risk of further igniting the fire, so resorted to throwing gravel onto any part of the car we could in order to put it out. Nothing worked though. 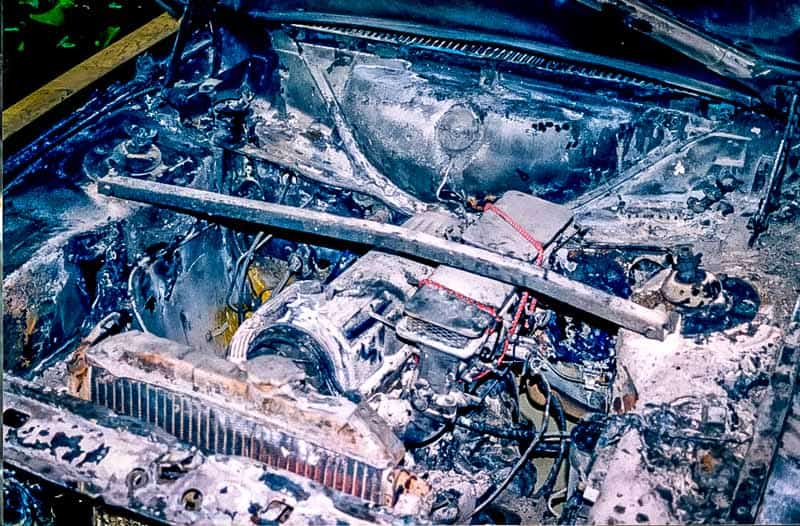 The engine bay, where the fire started, took the brunt of the damage.

Eventually the front tyres caught fire, the suspension rubbers started to burn and the engine's cam wheel began to melt. It now appeared as though the whole car would burn to the ground as we watched on helplessly. Finally, (the late) Glenn Cuthbert arrived with a ute full of fire extinguishers and we managed to put the rest of the blaze out, but not before significant damage had been done. The car was destroyed from the dashboard forward, which was a lot better than it could have been, but still required many months of rebuilding, and many more thousands of dollars. 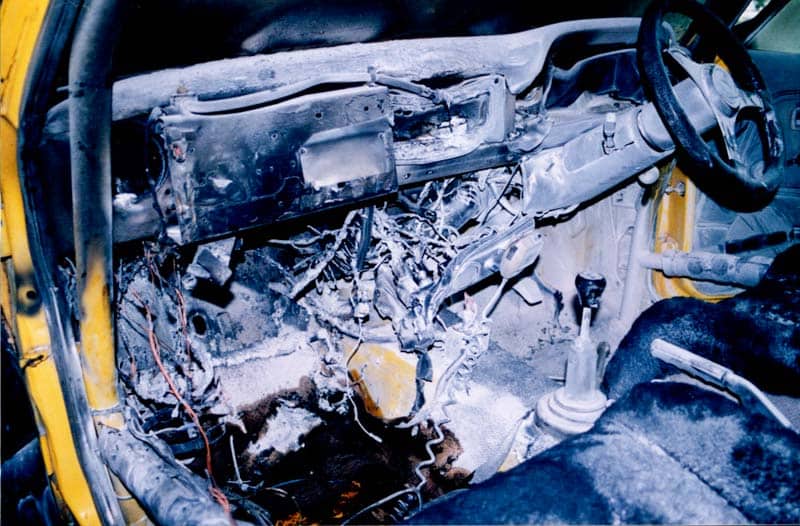 The plastic interior melted due to the intense heat of the fire.

Thanks to the hard work of our team and a decent panel shop, the Escort still survives to this day, but it's not an experience I'd wish on any competitor. M-Sport aren't so lucky, with Lappi's car being a total wreck. Thankfully both he and co-driver, Janne Ferme, got out safely. Fire is an all-too-forgotten risk in rallying, but is one that should never be taken for granted. A rally car on fire in a remote forest can be a deadly thing, and can never be discounted. As many of us take an enforced break from the sport over the coming months, it's one area of your preparation that you may wish to reconsider. https://www.youtube.com/watch?v=rIohm_OAFUQ&feature=youtu.be 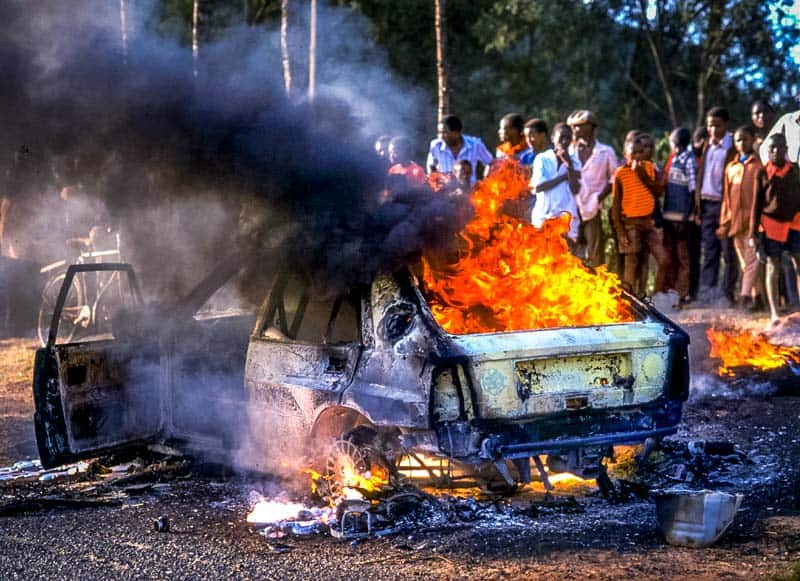 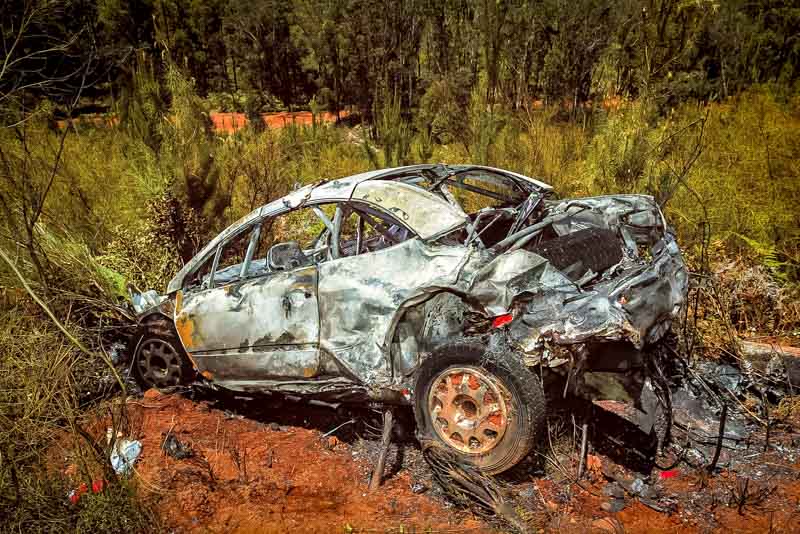 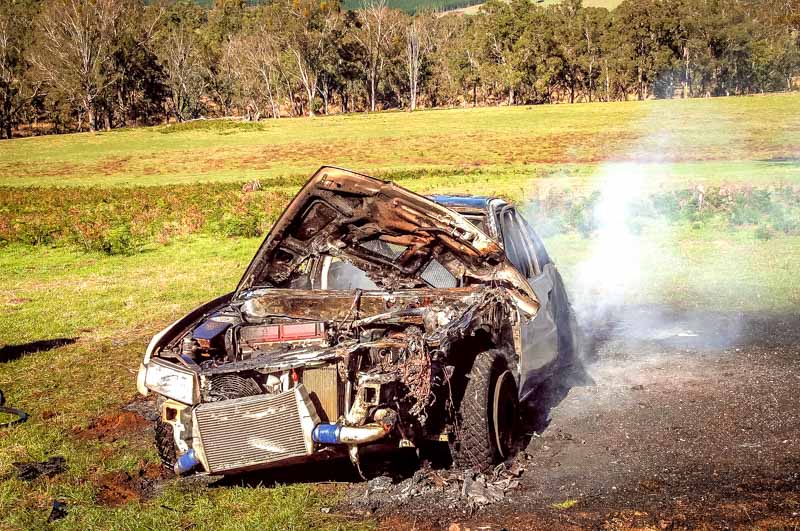 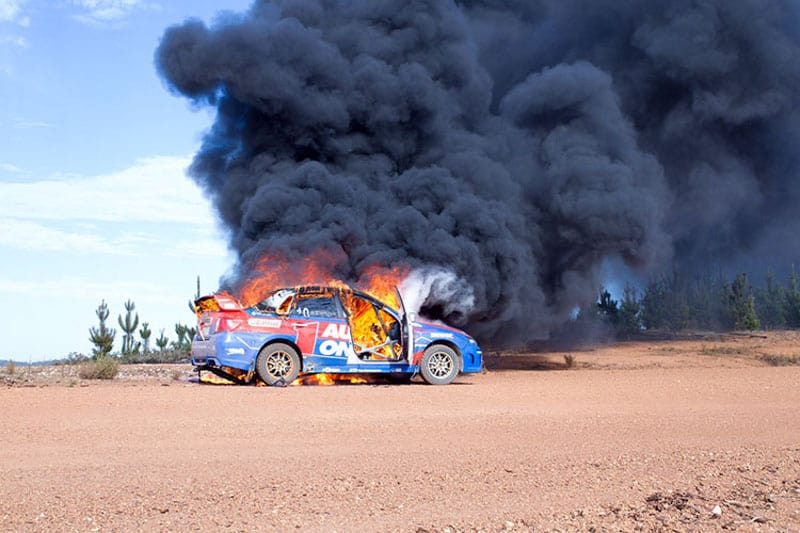 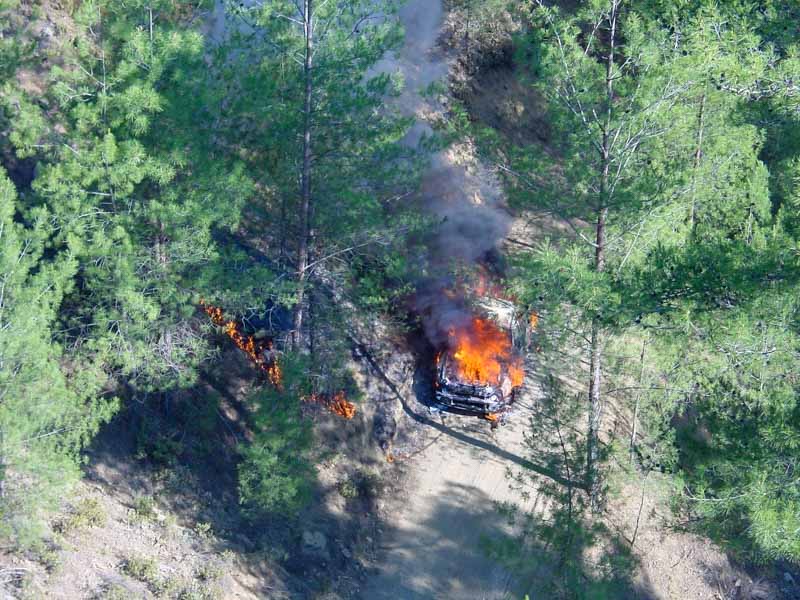 Fires in rallying are a huge risk for the cars and the environment. 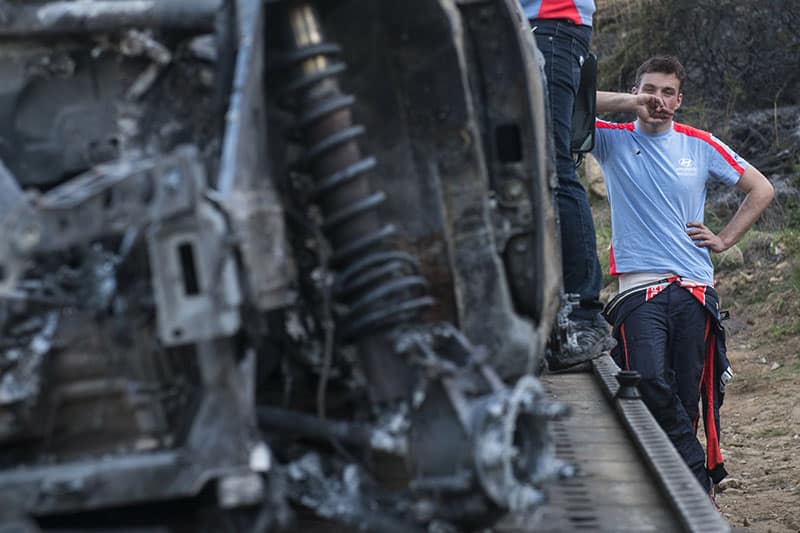 Above and below: Hayden Paddon's Hyundai i20 WRC was burnt to the ground after an off on the Rally of Portugal in 2016. Photos: Red Bull Content Pool 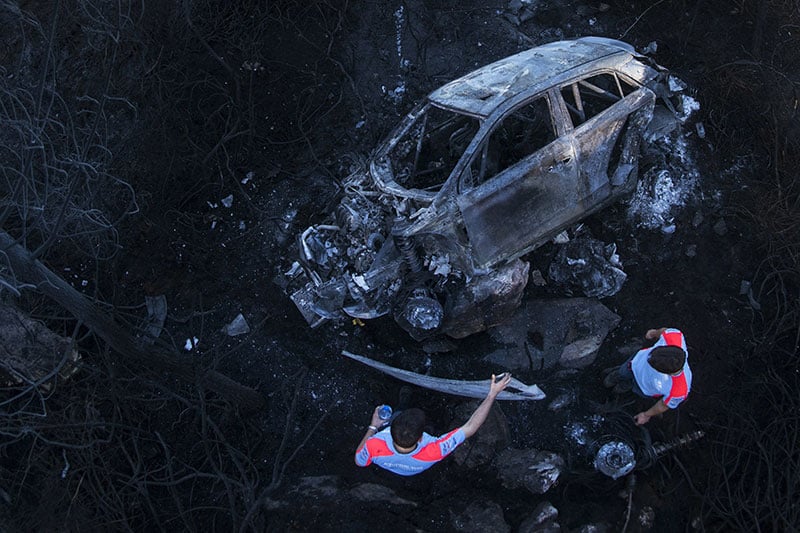