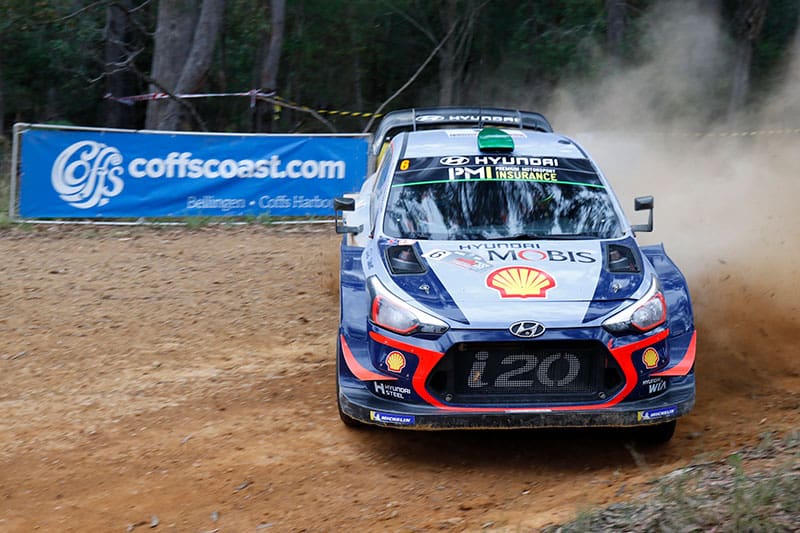 The future of Australia’s round of the World Rally Championship after 2020 remains uncertain, despite expectations of a return in 2021 and 2022.

Rally Australia has been left off the calendar for 2020 in favour of Rally New Zealand as the WRC introduces its new event rotation program, but the Kiwis are expected to have just a one year deal.

This would mean that Australia returns the following year.

“Whilst we don’t have an EPA yet for the future rounds, we do have an undertaking from the promoter that we have been included on the draft calendars for both 2021 and 2022,” Rally Australia CEO, Darryl Ferris, told RallySport Magazine.

“However, now that a decision has been made on 2020, we will be looking to engage with all of our key stakeholders for the future events.”

Talks with the WRC Promoter are expected to resume as soon as its officials arrive on the Coffs Coast for this year’s event.

Many questions remain regarding the event’s future, the first of which centres around the support of the NSW Government.

Destination New South Wales’ significant sponsorship of the event is for a round of the World Rally Championship, so how that affects the running of any possible alternative Rally Australia event next year is unknown.

Spectators won’t get the chance to see WRC action in Australia in 2020. Photo: Peter Whitten

Whether Rally Australia will run in 2020 as a round of the Australian Rally Championship is also not known, and probably won’t be considered by event officials until after this year’s event is concluded.

The focus remains solely on 2019, but the uncertainly moving forward must be a real concern for those involved, especially the full-time staff employed in Coffs Harbour.

At this late stage, speculation about Rally Australia’s future beyond this year is just that. Rally officials are hell-bent on ensuring this year’s rally is the best yet, and it’s shaping up to be just that.

While New Zealanders are celebrating, Australians are left planning to use 2020 to regroup with a raft of fresh ideas for 2021.

Spain’s Catalunya Rally has already announced they have a signed contract with the WRC Promoter for events in 2021 and 2022. Australia has no such luxury, but it should be understood each rally’s circumstances are different.

An in-principle agreement is a good start, but until CAMS have written proof of the WRC’s return to Australia, rally fans all over the country won’t be satisfied.

Subscribe to RallySport Magazine for just $5.95 a month and get ALL the rally news ALL the time.