The ex-pat Irishman, now a successful business owner in Sydney, has put his heart and soul into his rallying program over recent years.

Until now though, he had not stepped onto the coveted podium, despite many tries in several different cars.

That all changed last weekend when he put in his best ARC drive yet to claim third place in the Forest Rally amidst a Toyota 1-2-3.

After being faster than Toyota factory driver, Lewis Bates, on the second day in Canberra in April, Dalton and co-driver, Dale Moscatt, continued that form into Western Australia.

Second on both days of the rally was a just reward for years of toil, as Dalton gets to grip with the ex-Harry Bates Yaris more and more with every event.

“We are getting faster and faster, which is exciting,” Dalton told RallySport Magazine.

“Our pace has picked up a lot and I feel we really deserve this result.” 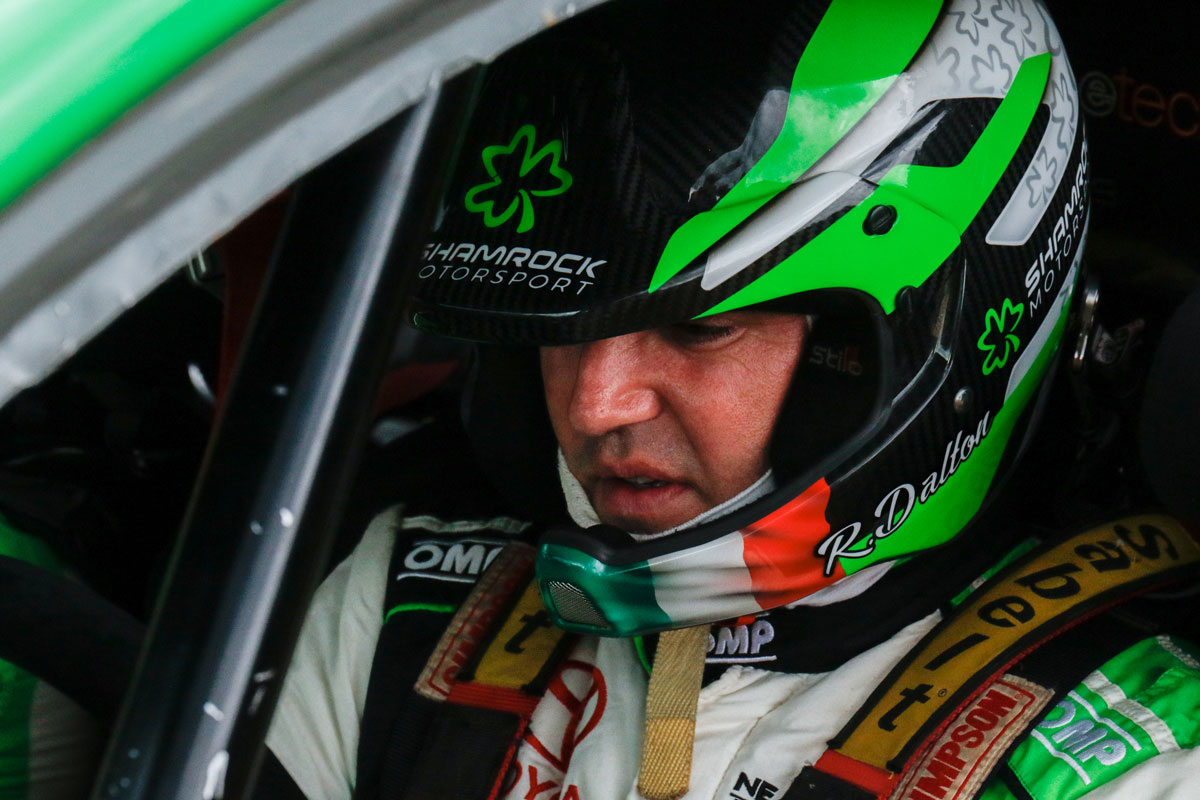 Richie Dalton finally got his podium finish in an ARC round.

Dalton has shown patches of brilliance in the past, including a top 10 result at Rally Australia in a Skoda Fabia R5, but success at a national level had so far eluded him.

His transition to a Ford Fiesta G4 was often thwarted by unreliability, and when he switched to the Yaris in 2021, he took some time to come to grips with the car.

With a non-COVID affected season in full swing now, however, he looks to have settled into the rhythm with the championship-winning car.

It’s sent a clear message to his rivals, including to Toyota’s number two driver, that he’ll be a man to be reckoned with moving forward as he looks to consistently be the leading follower to Harry Bates.