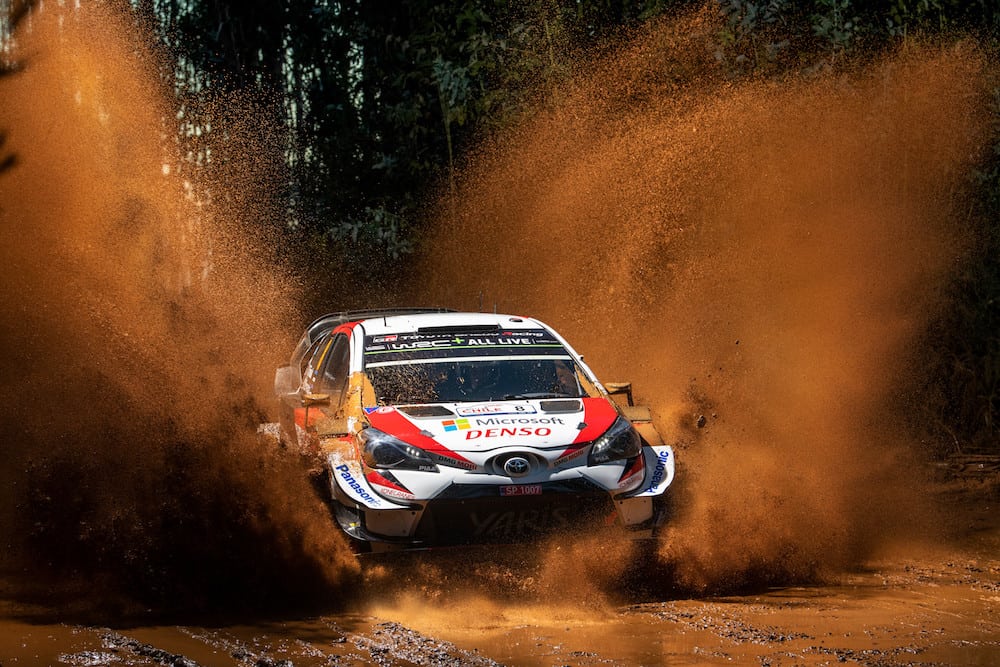 Ott Tanak navigates one of Chile's watersplashes on his way to the lead. Photo: RedBull Content Pool

Ott Tanak shrugged aside an early error to hold a comfortable lead at the end of Friday’s fascinating opening leg of Copec Rally Chile.

The Toyota Yaris driver won three of the six speed tests on slippery forest roads south of Concepción to head Sébastien Ogier by 22.4sec. Team-mate Jari-Matti Latvala was a further 6.4sec back in third.

They also struggled for confidence with brand new pace notes, which proved far from accurate in many cases after being made in thick fog.

Tänak overshot a corner and stalled his engine at a muddy bridge in the opening speed test but won the next test to grab the lead. 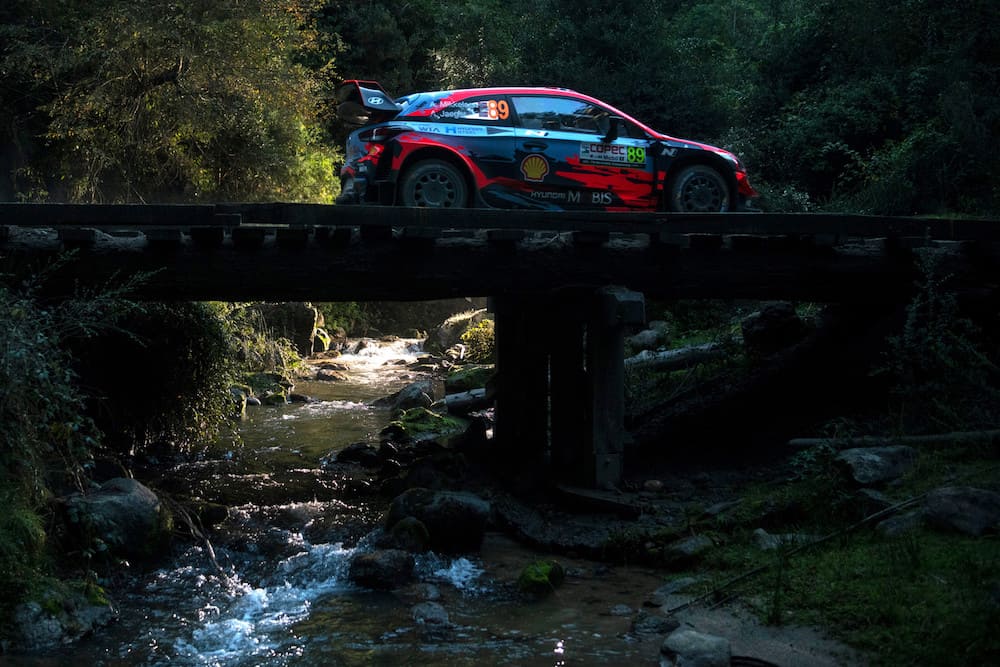 Andreas Mikkelsen struggled throughout day one, and finished two minutes off the pace. Photo: Jaanus Ree

He dominated the afternoon to win both dirt road tests in a car that handled better after mid-leg changes, stretching his lead from a handful of seconds to almost half a minute.

“At lunchtime the engineers did a good job fine-tuning the car. The feeling improved and the confidence is there. It won’t be easy tomorrow but we’ll try to keep focused and hopefully we can keep our rhythm,” said the Estonian.

Ogier made an identical error in the opening special stage but the Frenchman quickly grabbed second. He edged further clear this afternoon on drier roads, enjoying better performance from his Citroën C3 than in Argentina a fortnight ago.

Latvala had a rollercoaster day. The Finn shared fastest time in the opening test with Kris Meeke but several mistakes, culminating in a final stage engine stall when on course for fastest time, kept him down in third.

Championship leader Thierry Neuville held fourth in a Hyundai i20, only 0.7sec behind. His morning push was interrupted when a red flag, issued for safety reasons, halted his attack on the second stage but a notional time kept him in the hunt.

Meeke’s day worsened after a strong opening test. He lacked confidence and slid to fifth in his Yaris, 2.2sec clear of nine-time world champion Sébastien Loeb. Loeb got to grips with his i20 on his gravel debut in the car and climbed to sixth after a powerful afternoon.

Elfyn Evans fell back to seventh in a Ford Fiesta, more than a minute clear of Andreas Mikkelsen. The Norwegian lacked assurance in the faster sections and almost rolled his i20 in the penultimate stage, but he edged ahead of Teemu Suninen in the final test.

The leaderboard was completed by Esapekka Lappi, who lost time with an overshoot.

Saturday’s action is based in similar territory south of Concepción, sandwiched between the Pacific Ocean and the Biobió river. Two identical loops of three speed tests, covering a mix of forest tracks and ore open roads are drive morning and afternoon, covering 121.16km.