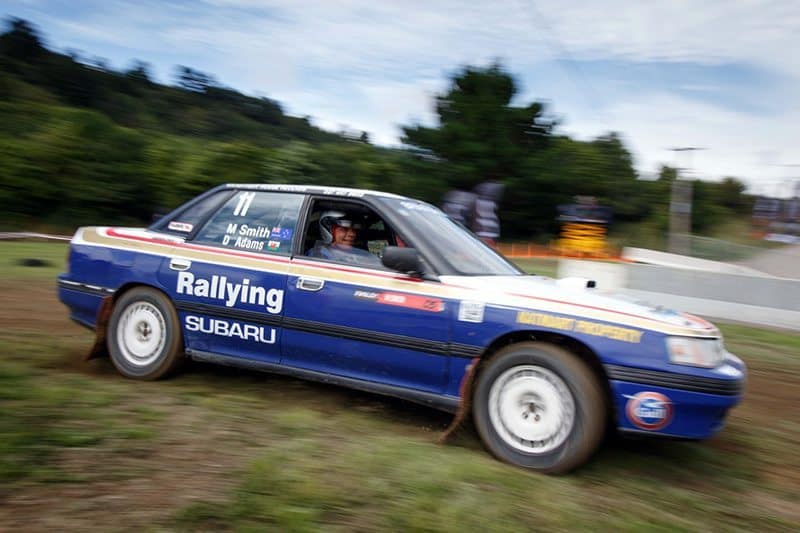 Wellington’s Marty Smith finished second in his Subaru Legacy RS, but was grinning all weekend.

The formation of the Rally X Series comes after the New Zealand Xtreme Motorsport Series was launched late last year. The series brought together different disciplines of racing from across the country for the first meeting over January 12-13.

The Rally X Series debuted alongside the UTV Series and Supermoto Cup as part of the supporting act to the Link ECU D1NZ National Drifting Championship.

Max Motors Wellington Family Speedway in Upper Hutt played host to the four different disciplines. The first round attracted a plethora of different cars, including AP4+, Group N, hillclimb and even a sole trans-am car.

The final was won by Rotorua driver Sloan Cox in his Mitsubishi Evolution 8, which currently holds the Ashley Forest Rallysprint record. Runner-up Marty Smith said the new style of racing was an eye opener.

“The track was awesome, it really suited me and the car being tighter,” Smith said.

“This is good because it’s based in one spot, so logistically it’s easier. It is quite cool having close combat racing against the others, whereas in rallying unless we catch someone in a stage we don’t see anyone.

“Being able to go out on the drift boys track was pretty cool too. All in all I really enjoyed it, it was really fantastic.” 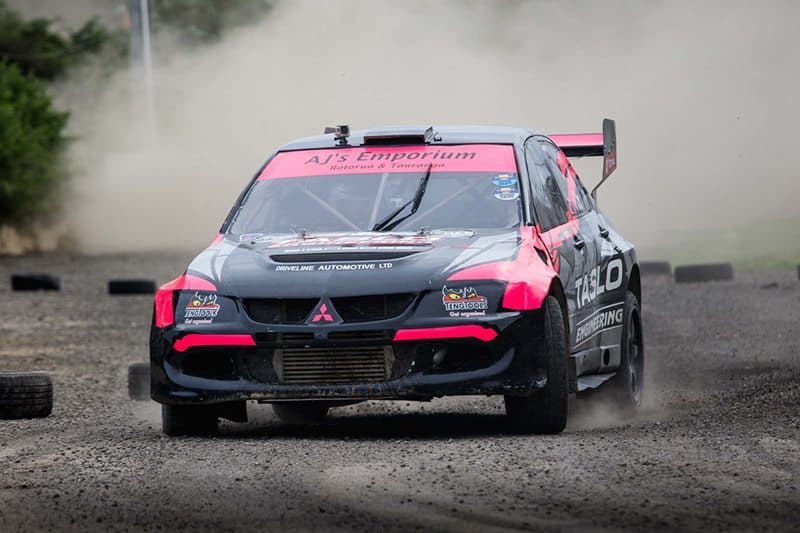 Sloan Cox in his hillclimb monster took the first ever win in the Rally X Series.

Smith said he was surprised at how smooth the circuit was and thought it was even better than some of the rally stages he’s competed on before.

Despite being far quicker on other rally stages, Sloan Cox was only a few second quicker than Smith in the final race of the weekend.

“At the end of the day they presented us with a track and we had the weekend to learn it. It’s more about driving skills on a tight track like that.

“I posted a time close to his best, which shows me that I was able to get my car going as best as I could.

“It comes down to the drivers and evens things up a bit more.”

Third place getter Piran Pigneguy said he was stoked to race in front of his home crowd in an arena more suited for casual viewers of rally.

“I loved the feeling of being at home and being in front of mates,” Pigneguy said.

“It was quite a physically demanding track having to throw a one and a half tonne car around a narrow track.

“It worked out quite well that Marty got in front of me because I could sit right on him and try to throw the car at him in as many different ways as possible. It put on a good show and it was a good battle we were having.” 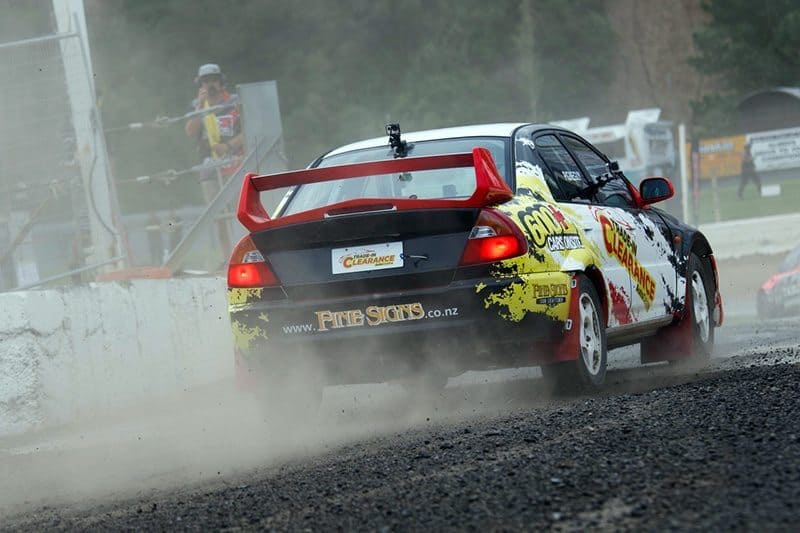 Piran Pigneguy was pipped at the post for the second spot on the podium.

New Zealand Xtreme Motorsport Series’ Brendon White said the two round series is just the beginning of what he hopes will grow into a calendar of national significance.

“These two events we’re putting on are the first step towards growing rallycross racing into a series that rally drivers are really going to want to be a part of.

“A lot of guys like those little super special stages at the start of finish of other rally events, but this gives you a chance to combine that and close quarters racing with other competitors for a two days.”

White said he was buoyed by the way the drivers handled the circuit, which was tough and tight and could’ve be prone to accidents.

“I was really pleased to see how all the drivers managed to stay clean. Rallycross racing has a bit of a reputation of being about banging doors, but we got some really close racing and almost everyone came away with next to no damage.

“I think that says something too for the way these guys respect their cars. We only had a few minor issues, but that’s all part of the learning process for us too.”

The second and final round of the Rally X Series takes place at ASB Baypark Stadium in Tauranga. The circuit is expected to feature more jumps and will be wider to accommodate more passing opportunities.