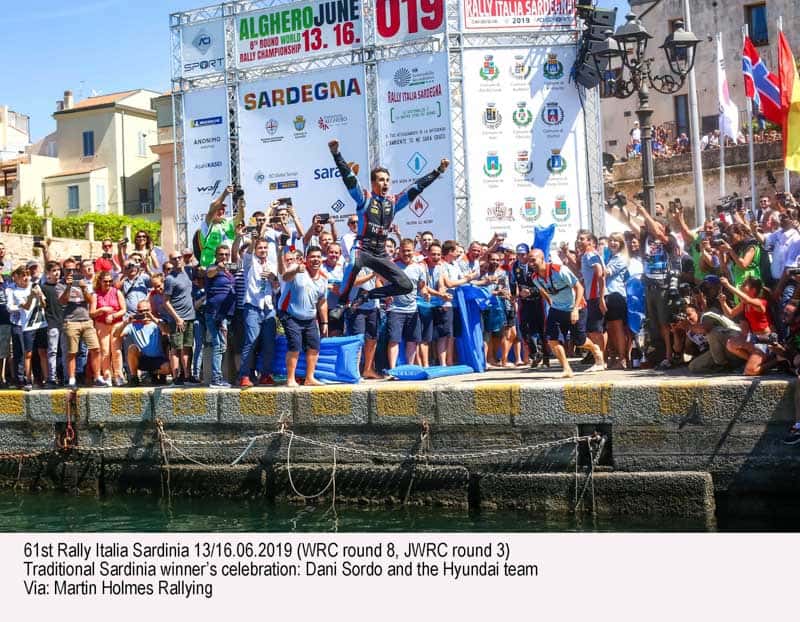 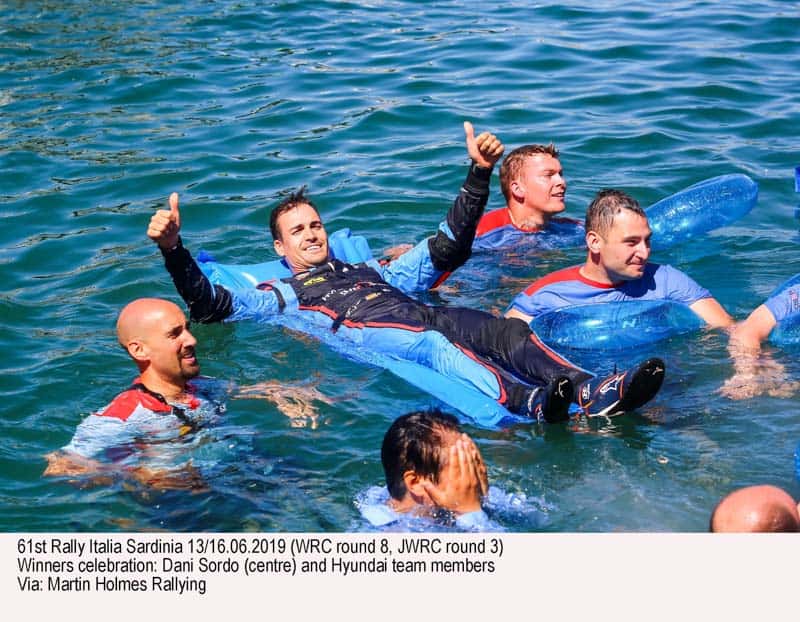 Tanak’s dramatic problem climaxed an event where the three top championship contenders had problems, Ogier wrecking his suspension on Day 1 and Thierry Neuville losing heart after losing time off the road. The event started with five different drivers representing all four teams leading in the first six stages. Skoda Fabia cars finished 1-2-3 in R5, Kalle Rovanpera winning the WRC2 Pro category and Pierre-Louis Loubet the WRC2 Amateur class. Jan Solans won the Junior WRC class, which was led for most of the event by Dennis Radstrom. 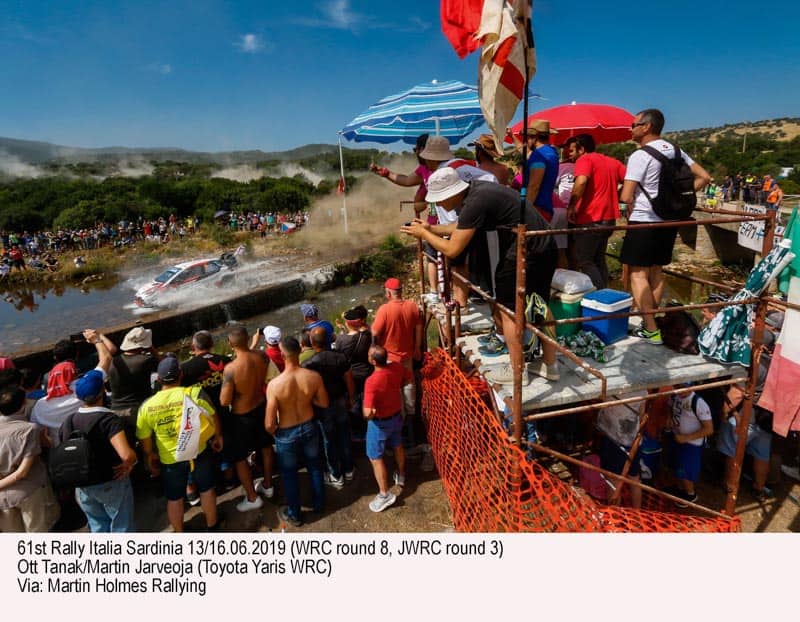 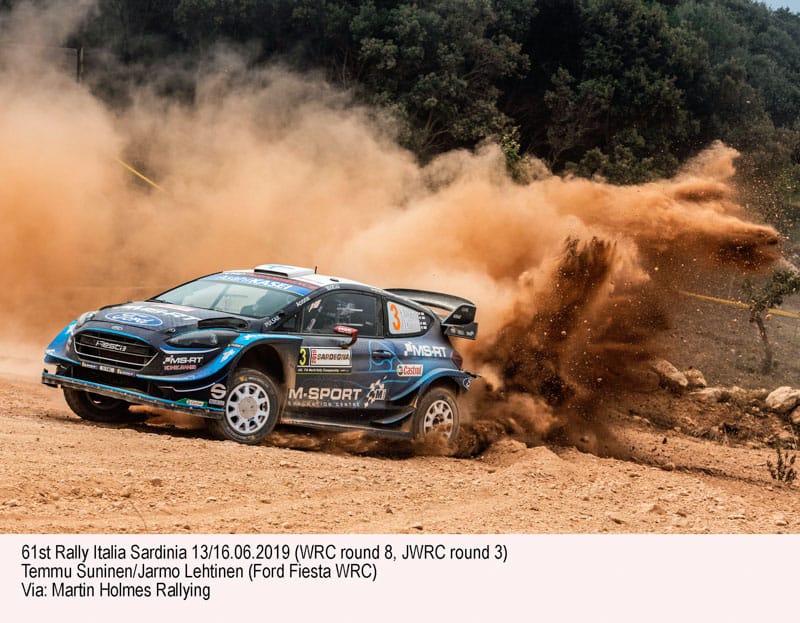 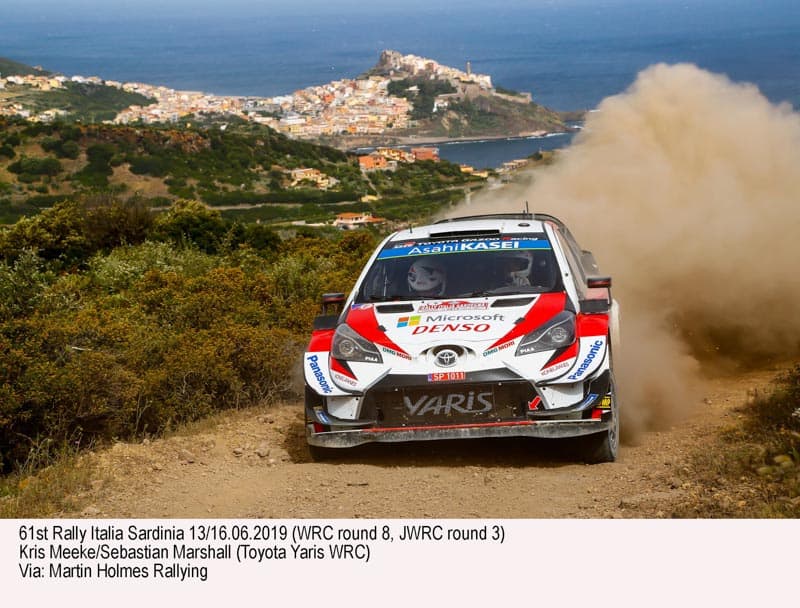 Sometimes even the most carefully thought out plans do not succeed. The record states that Hyundai won the rally, but it was never ordained that Dani Sordo should win. It is difficult to know exactly why team leader Thierry Neuville had such a bad event. He had won the event twice in the last three years, this time he scored only five stage times in the top five places and never lay higher than sixth. It is reported there was tension in the cockpit and his rally never recovered after a pacenote misunderstanding saw the car off the road for a half minute. As the team’s highest placed championship driver, the team supported him strongly, prepared to sacrifice the position of teammate Andreas Mikkelsen to gain Neuville a position in the final result. Sensing this plan, Mikkelsen made fastest times on the final four stages and was the team’s fastest driver on the event. 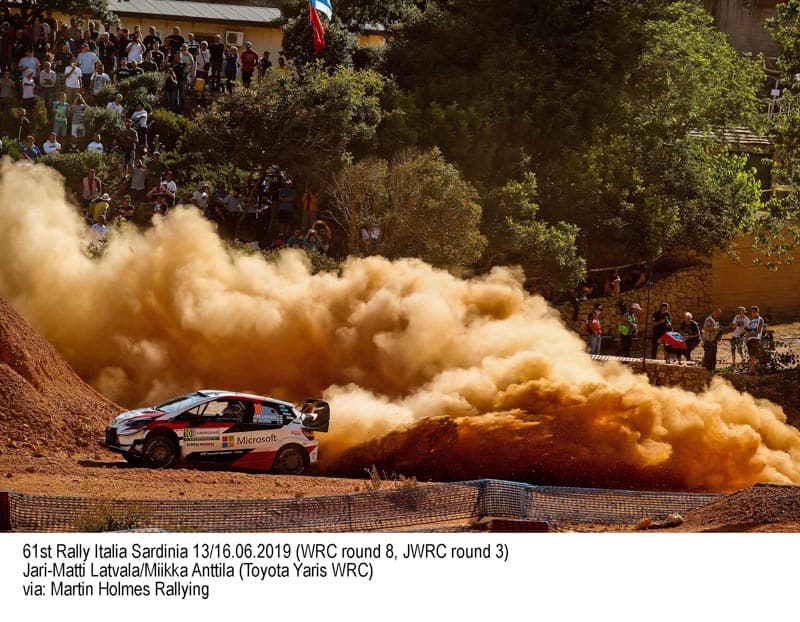 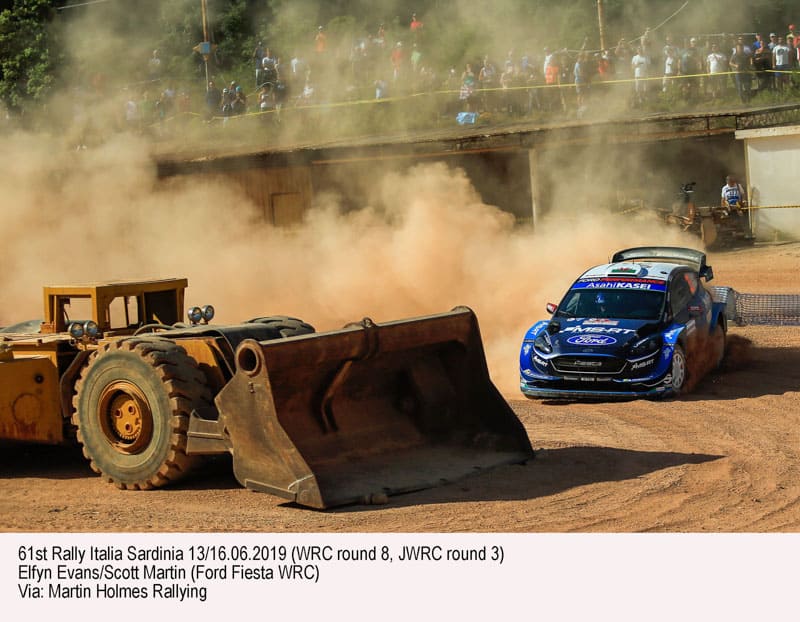 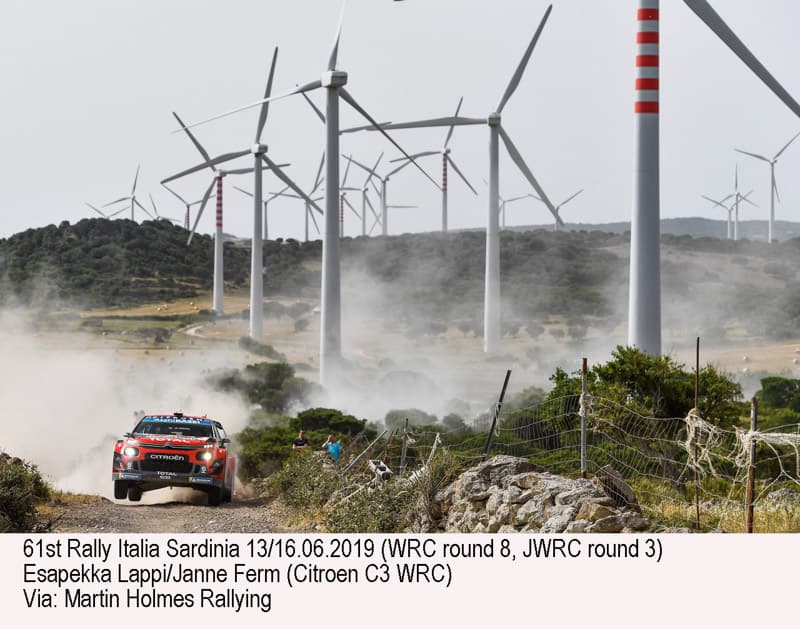 Hyundai chief Andrea Adamo’s plan came to nought when Mikkelsen overtook Elfyn Evans on the final stage, and then Tanak’s misfortune dropped an innocent driver into the middle of Adamo’s carefully considered time control manoeuvre! Sordo, meanwhile, took the lead on Friday afternoon and held this before Tanak recovered from his early running order handicap and moved ahead. Sordo was in the right place at the right time to be Spain’s first WRC winner since his own win in Germany in 2013. A word from Adamo: “I'm happy he's winning, but I would prefer to win arriving first. When you see something like this happening I really feel for Toyota in this moment.” Toyota cars were lying 1-2 at Friday midday, but then the leader Jari-Matti Latvala made a mistake at a hairpin and rolled, with no spectators nearby to help right the car. This was bad enough, losing well over eight minutes, but two stages later the car mysteriously swerved off a straight road when the steering locked up. Tanak was brilliant as he fought his way during the first day and superb when he won all six stages on Day 2. His last stage agony, captured by TV, was heart rending. This time there was little impressive about Kris Meeke’s run on his way to sixth place, only once in the top three on the stages – before a final stage puncture dropped him to eighth on day two. 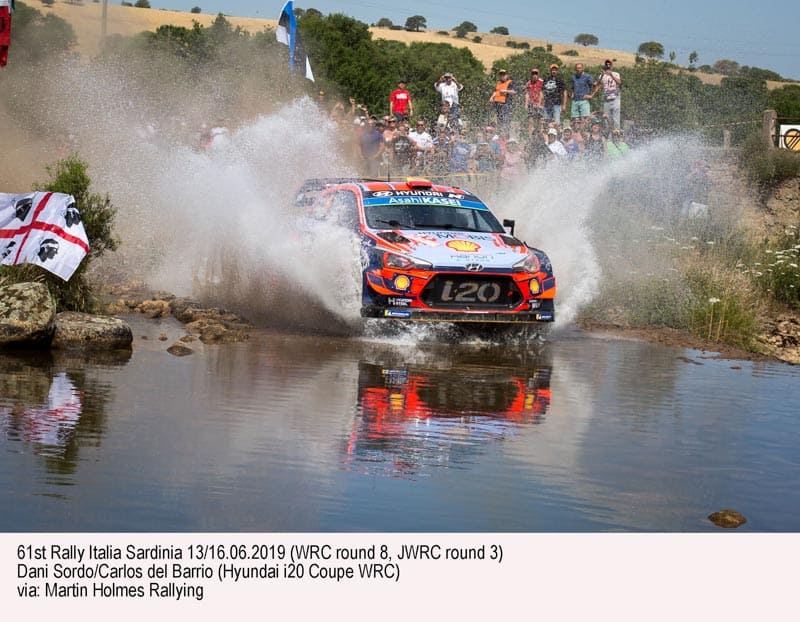 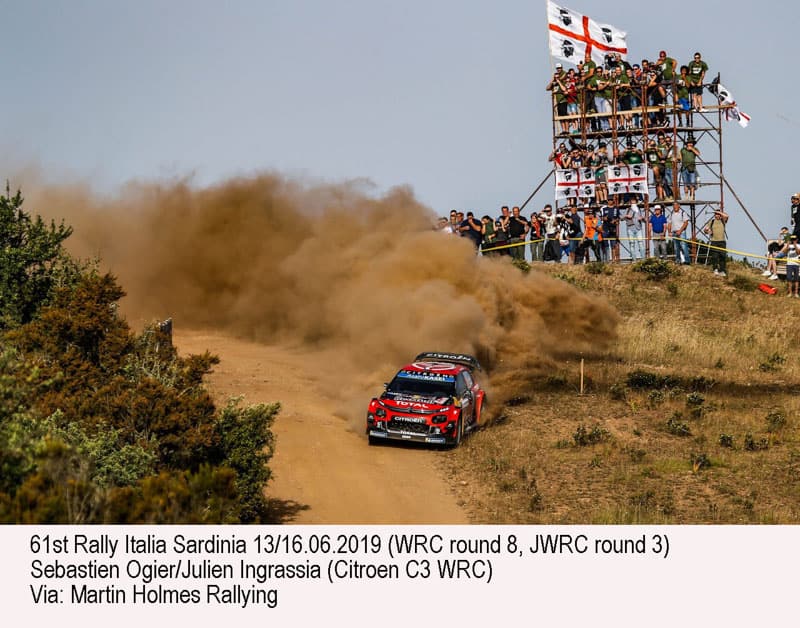 Toyota Gazoo’s test driver, Juho Hanninen, was enlisted for useful on-event test work and after reaching ninth place, his entry was withdrawn on the final day, the purpose of the entry already achieved. There was plenty to be happy about at M-Sport. It was a late decision to install their former team co-driver and later Toyota Team Manager, Jarmo Lehtinen, alongside Teemu Suninen. After just the second stage of the rally, they were leading! It was an immensely mature drive to second place. Suninen lost some time with a spin on Day 1 and on occasions where he was not confident he eased his pace, all of which put him in a position to take second place on the final stage. Like Teemu, Elfyn Evans’s starting position gave him a good start on the rally. For half the event he was embroiled in a fight with Hyundai’s Mikkelsen, before losing the chance of third place on the final stage. M-Sport’s 30 points from this event was the team’s best result this year. Citroen’s 12 points however was their worst score of the season. Ogier’s impact in broad daylight with a huge marker rock on the opening day led to him being forced to spend the rest of the event carrying out on-event testing duties. He later incurred huge penalties for changing his running order to provide more representative testing conditions. 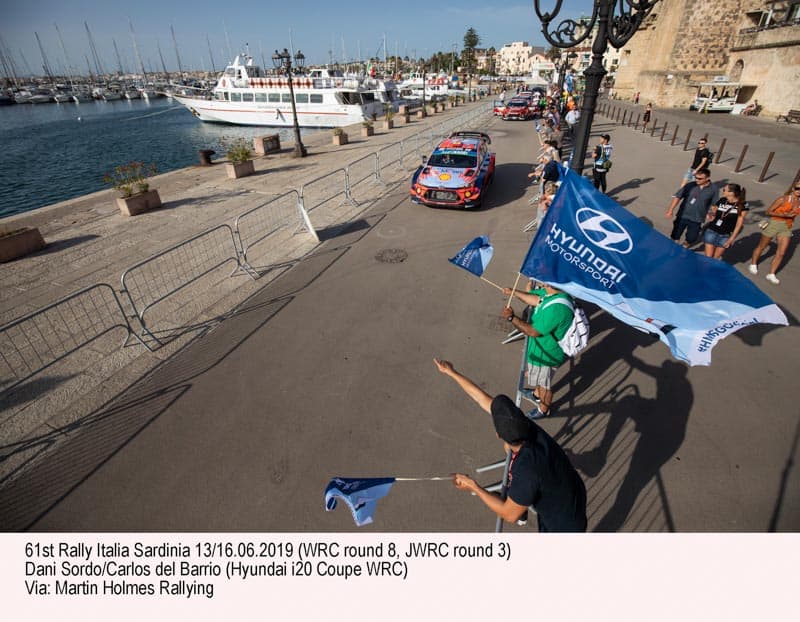 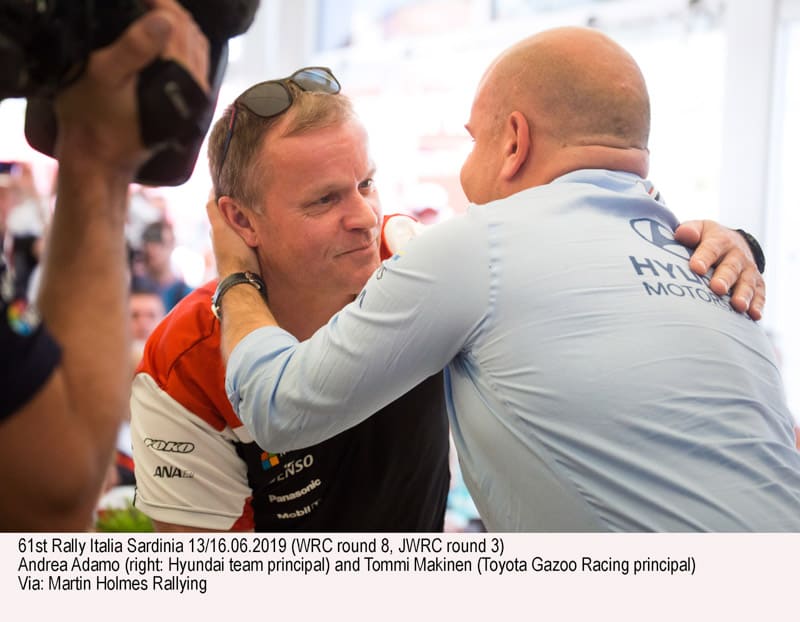 Teammate Esapekka Lappi was no happier and drove to finish inside the top WRC positions. There is little doubt that the official Skoda team with their new Evo cars should be considered top of the class in R5, while M-Sport makes themselves ready for introducing their new “Evo” model, due on the next WRC event in August, but things were not like that. While Kalle Rovanpera skilfully kept his lead despite various minor problems, he was backed up by Jan Kopecky, but there was challenge for attention. Once again the Citroen team brought along a C3 R5 for Mads Ostberg, which had recent upgrades on the car and was fastest on three-quarters of the stages. Unfortunately there was a problem, Mads went off the road in a thick dust cloud. He lost nearly 12 minutes on stage 2, “Until I hit a rock I thought I was on the road,” he said. He used the rules so he could continue on the rally later on in good conditions, which enabled him to show the new performance of the car. 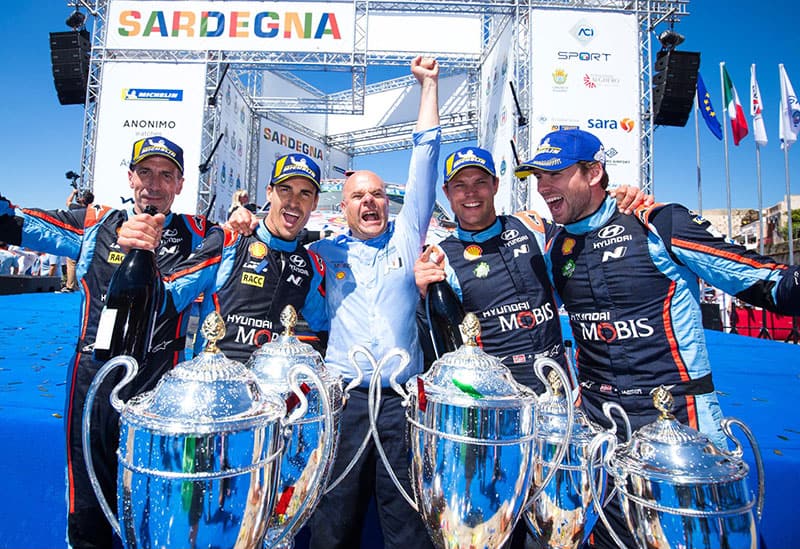 Early R5 leaders included Nikolay Gryazin and Pierre-Louis Loubet in old model Skodas. Loubet fell back with differential trouble and the car running in two-wheel drive mode, finally finishing third behind the works entered Skodas, and winning the WRC2 Amateur category for the second event running. The Junior WRC category saw Dennis Radstrom leading for a long time, before being finally overhauled by Jan Solans, and who has now taken the lead in the series.
Final Overall Classification – Rally Italia Sardegna
2019 FIA World Rally Championship for Drivers’ Standings After round 8
2019 FIA World Rally Championship for Manufacturers’ Standings After round 8
All results remain subject to official FIA confirmation.