Excel-ent bang for your buck

Choosing your first rally car can be complicated, but Hyundai's reliable little Excel is a good option.

Getting started as a competitor in rallying is no easy task, and one of the more difficult decisions is deciding what car to build or buy. Once you have made the choice and parted with your hard-earned money, you then need to work out how much the car is going to cost you to run in each event, how expensive the spare parts are, and whether the car is going to retain any on-sale value in the future. Since 2006, competitors in Victoria and New South Wales have had the option of competing in a one-make series for Hyundai Excels that has not only provided crews with value for money, but has also been used as a stepping stone for drivers to launch successful careers higher up the rallying tree. While the cars may not be super fast or sound all that inspiring from the outside, a well set up Excel can be incredibly fun and rewarding to drive, and can be the perfect way to hone your rally driving skills.

Ged Blum jumps his Excel in a round of the Australian Rally Championship. Photo: John Doutch

Young Victorian, Ged Blum, is one such driver who has progressed through the sport from a young age, and after an ill-fated start to his career in an old rear-wheel drive Mitsubishi Lancer, he proceeded to build himself the first of two Excels, and hasn’t regretted it for a moment. The level playing field and the evenness of the competition provided by the one-make series allows drivers to really show their skills, all the while requiring them to be easy on the machinery and smooth in their execution.

“I’ve had great fun driving both the Excels that I’ve owned, and I’d recommend it as a starting point for anyone making their way in the sport,” Blum says. “And even for more experienced competitors who just want to get out there and compete, without spending a fortune.”

The Excels run in standard production trim, meaning extras such as stronger suspension and roll cages are allowed, but mechanically the cars must be kept standard – even the drum brake rear end has to be maintained. If building your own car from scratch is your preferred option, then finding a bodyshell to start with won’t be a problem – and won’t break the bank.

“Now you can get a complete unregistered car for under $500.” 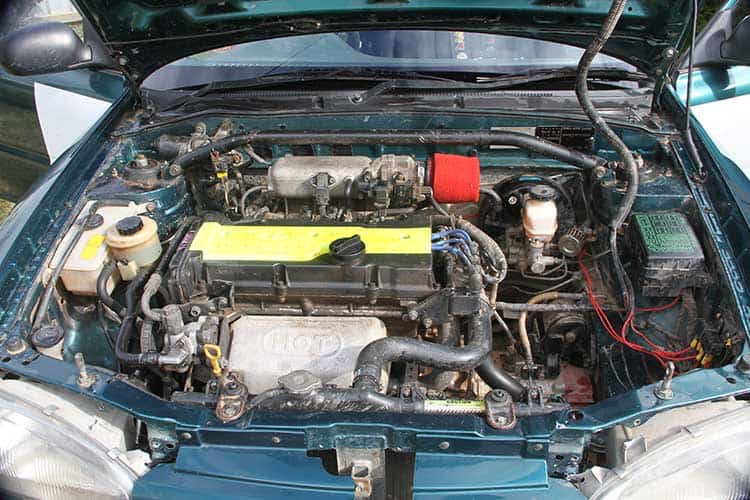 The Excel's engine is super reliable, but replacements can be found cheaply.

Cars eligible for the one-make series must be manufactured between July 1994 and June 2000, including all GX, GL, GLX and Sprint models, in three, four and five door variants. Either the 1495cc double overhead camshaft, or single overhead camshaft engines can be used, and run in standard form with the factory ECU.

He says that the purchase of a steel roll cage will cost in the vicinity of $800, or a qualified welder could easily weld one up, and then get it log-booked. 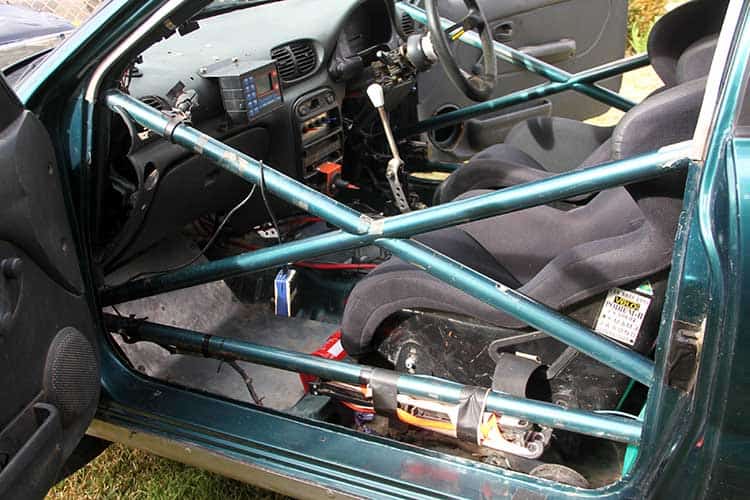 A strong roll cage not only provides ample safety, but also increases the strength of the bodyshell. 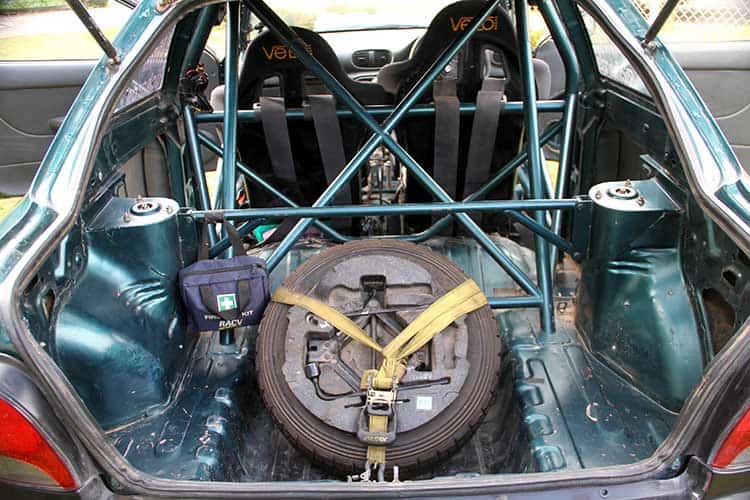 “Suspension is the biggest cost,” he adds. “Budget set-ups are about $1500, and while they’re perfect for beginners, these units struggle once you start pushing hard. “A good quality suspension set-up will set you back around $3000, or you can spend up to $5000 for custom-made units from some of the suspension specialists.” Adding all the under body protection, light bars/pods and safety equipment shouldn’t cost you any more than for other rally cars, ensuring that you finish up with one of the most cost-effective cars in the event. 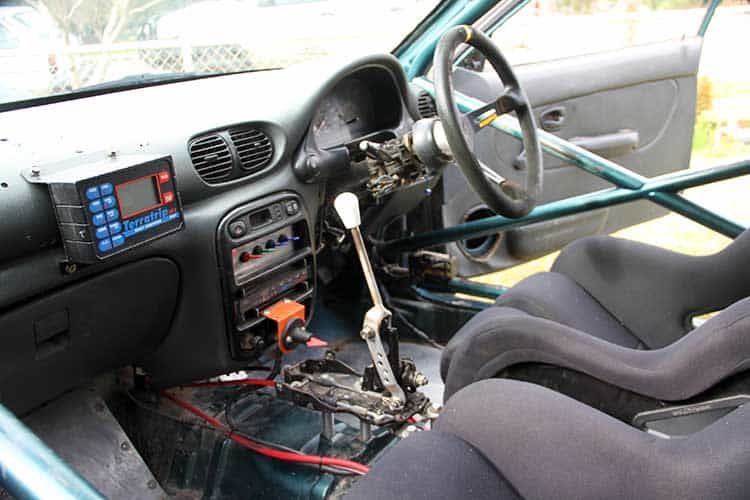 The interior of the Excel is simple and uncomplicated.

Sure, it won’t throw you back in the seat like an Impreza WRX or Lancer Evo, and it doesn’t sound like a BDG Escort or a grunty Datsun 1600, but then again, it won’t cost you anywhere near as much. And that’s where rallying is unique. While everyone competes in the same event, there are classes within each rally, meaning that, in reality, while a Hyundai Excel might follow a WRX onto the stages, it’s only competing against those in its class. It’s that class set up that makes rallying so popular. For fun, grassroots rallying in a reliable car and, at a budget price, it’s hard to go past the Hyundai Excel. Note: Since this story was first published in 2016, a young family and a new house have forced Ged to sell the Excel, but his rallying dream is far from over. He’s currently doing a little co-driving, and promises to be back behind the wheel in the future.

Excels are slow, there’s no denying that, but it actually works in your favour. Because the power isn’t there, you have to make up speed in every possible section, hold it flat on blind crests, carry more speed through corners, and avoid doing anything that will slow you down, like getting too sideways or braking too much. Any bad driving loses time. They’re heaps of fun, and it’s a great feeling to beat a WRX in a standard ‘girl’s car’. People soon shut up about them being slow. I came third outright in a VRC stage in 2013, four seconds behind the stage winer. That was the best feeling I’ve ever had in a car, and it was with a 220,000km engine too. 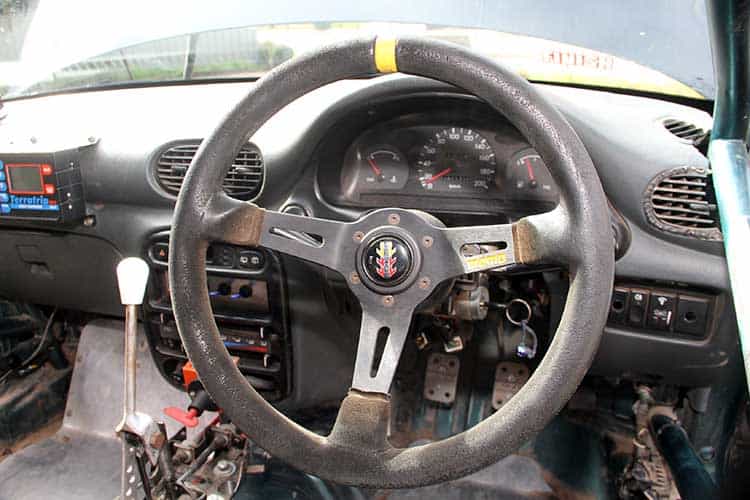 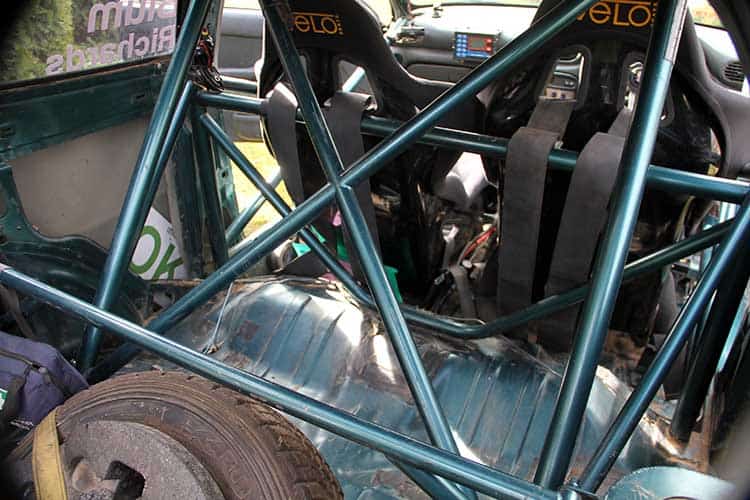 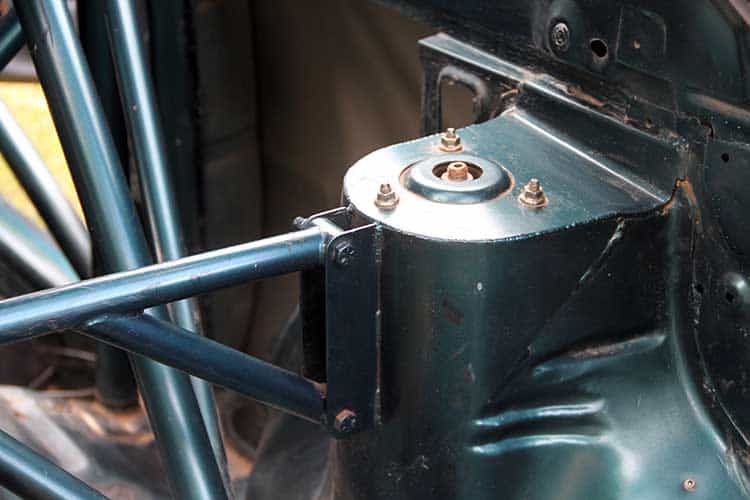 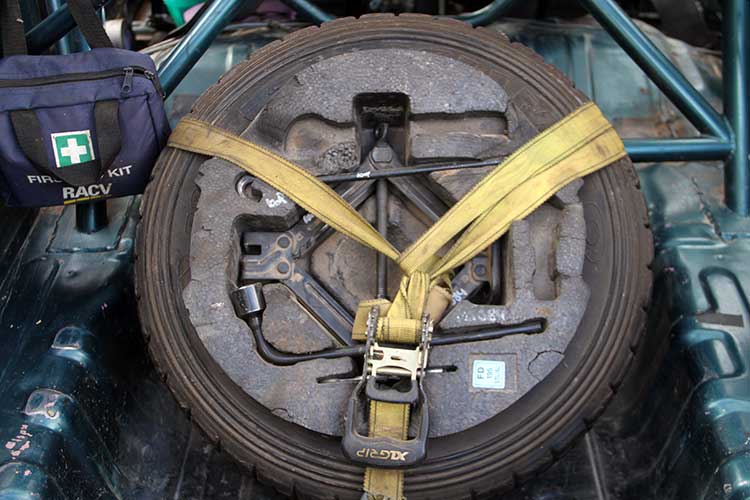 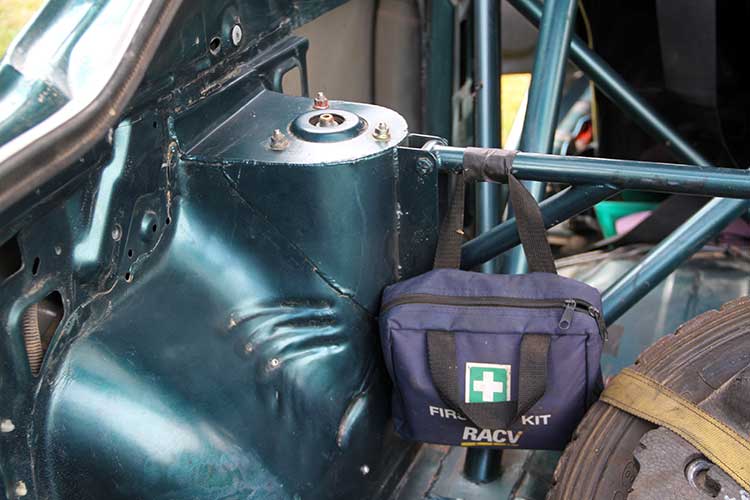 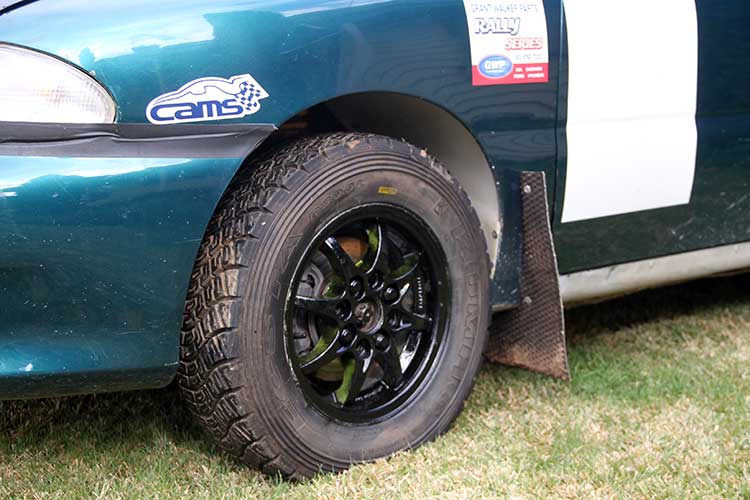 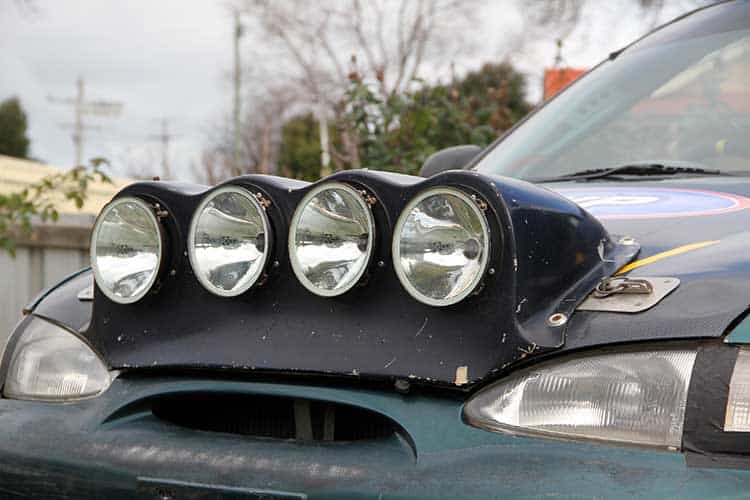 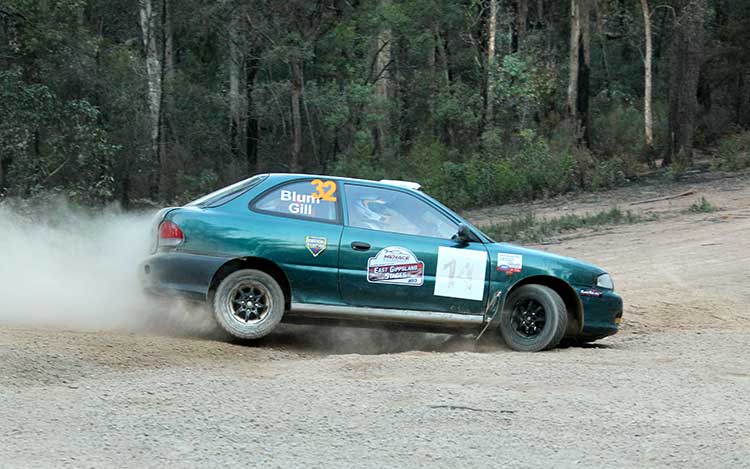 Despite a lack of power in standard trim, the Excel can be thrown around and is great fun to drive - as demonstrated by Ged Blum. Photo: John Doutch 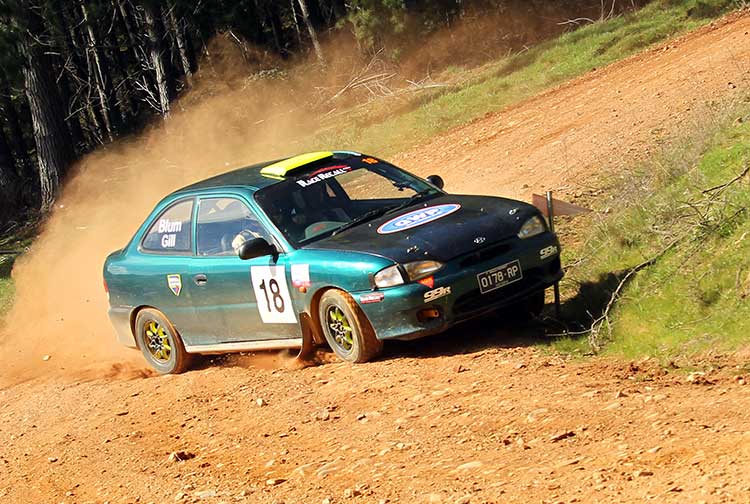 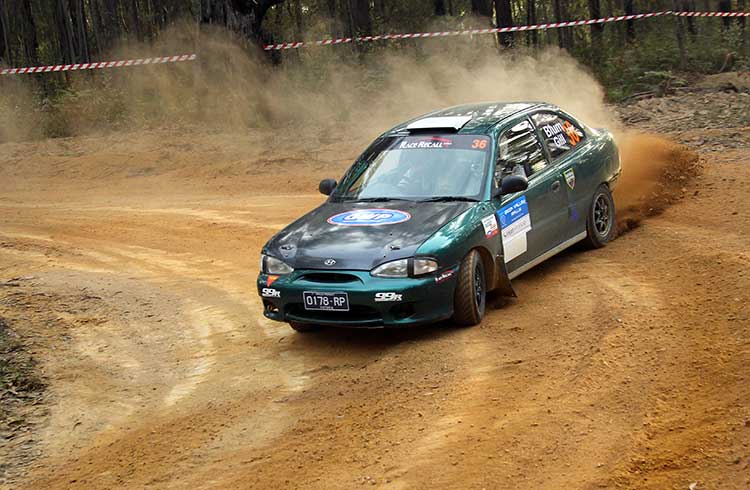 Ged Blum contested a range of events in his Excel, from national and state championship events, through to club rallies.