2016 Australian Rally Champion, Molly Taylor, brings us her exclusive monthly column, with a look back at the Nat Cap Rally, and what lies ahead for the next few months.

"I must say, it was very nice to have three rallies in three months and keep the momentum going! However, the National Capital Rally is always one of the toughest on the calendar, so we knew it wasn’t going to be easy to stay on the podium.

The NatCap Rally day one roads are incredibly rough and hard on the car. On day two, the roads are more technical, narrow and demanding on the crew as well. Add into this rain on Sunday, which made the roads incredibly slippery. 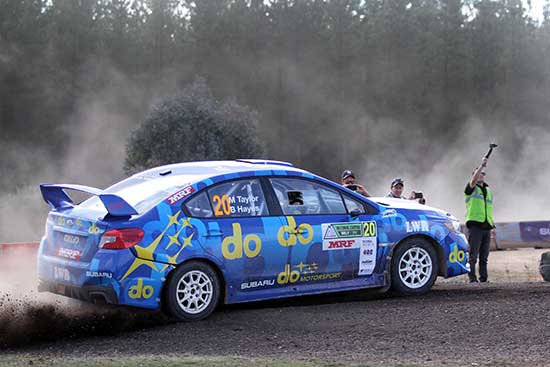 Molly Taylor and Bill Hayes produced another good result for the Subaru team in Canberra.On Saturday we pushed as hard as we could, but struggled a bit with our set-up in the rough sections. The morning went well for us with a stage win and we were leading the event after the second stage.

Despite our best efforts, we weren’t able to hold that pace during the afternoon. However, we were still satisfied to be in third overnight. Being one of the two endurance events on the calendar, this was a good start and there were still many more stages to go.

For us, Sunday was a day of consolidation and driving with our head. Realistically, we weren’t in a position to close the gap Harry (Bates) created, so we had to keep the pressure, but not take any risks.

It’s never as enjoyable to drive in these circumstances, but we had a job to do and focused on that. To take second place and our second podium of the year was a great reward to our whole team, who proved that our bounce back in Western Australia wasn’t a one off.

With only three points difference in the Championship table, we have everything to fight for!

For now, there is a big break in the Championship calendar, so we don’t get back out to fight until September. It’s created a mini “off season” and whilst I would be in the car every week if it were possible, this also gives us a chance to re-group and put in some good preparation.

When the battle re-commences it’s going to be on like never before, I’m sure of that!

The next few months for me are actually incredibly busy. As well as preparing for Rally South Australia, there are also lots of cool events coming up. 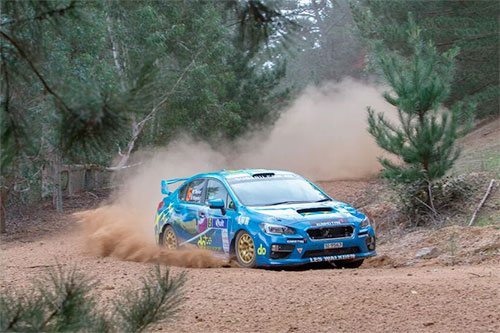 Photos: Luke Whitten, Matt WhittenI’m most looking forward to competing in the LWR Mountain Stages Rally in early July, which is also a part of the Tasmanian Rally Series. That will be a great opportunity to get back in the car and keep as fresh as possible.

I’m also heading to the USA following the rally to spectate at the New England Forest Rally. I’ve been following the Rally America series for a while now and have always wanted to go over and see it in the flesh.

In between all of that we have a number of Subaru activities and are putting together some really cool content for the brand, which is exciting to be a part of.

I’m also involved in a few other upcoming events including the Moreton Bay Motorshow, Hahn Academy, Dress for Success, CAMS Foundation Drive Day, the Colour Run and my WRC review segment on FoxSports.

Busy times, but I am feeling incredibly fortunate to have the opportunity to do what I love everyday. That feeling never gets old!

Being involved in the growth and evolution of the sport as well is something I’m so passionate about. So, there’s lots of work that lies ahead – but I’m feeling very motivated to get stuck in."