Their season will also include the German round of the WRC in August.

“Over the past two years Timo and I have been competing in an Opel Adam R2, built in Germany by Holtzer Group, who supply all works cars to the Opel Germany team,” Rebecca told RallySport Magazine.

“We have competed in the Dutch Championship in 2015 and 2016, and both times became runners-up against Lancer Evo 10s and many R5 cars.”

“2016 was a fully-funded year for us from Opel Netherlands,” Rebecca added.

“Again for 2017 we will be fully supported by Opel Netherlands. A new Opel Adam R2 tarmac spec is currently being built for us in Germany, and we will receive a Opel Adam slam recce car and Opel Movano service van.”

The van der Marel’s 2017 program will include:

May: Rally Riihimaki Finland (Rebecca will co-drive in a Skoda R5 for another Dutch guy, and they may also do Rally Australia together)

Rebecca has recently moved back to Australia with husband Timo, and will commute to Europe throughout the season.

She made her name as a co-driver calling the pacenotes for brother, Ryan, in rounds of the Australian Rally Championship. They contested the ARC from 2008 to 2010 in a Mitsubishi Lancer and a Toyota Corolla. 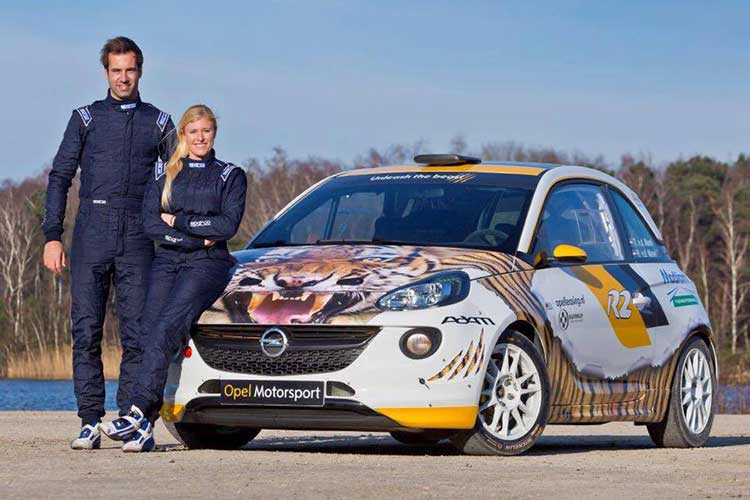