Neal Bates at the wheel of Toyota Team Europe's Group A Celica at Rally Australia in 1991. Photo: Stuart Bowes

Harry Bates’ ARC title of 2019 marked 30 years since Neal Bates and Toyota joined forces. The person behind that connection and the mutual success it has enjoyed along the way is Mike Breen, former PR man at Toyota Australia for 31 years.

RallySport Magazine asked Mike to tell us how the relationship with the Canberra-based driver began. 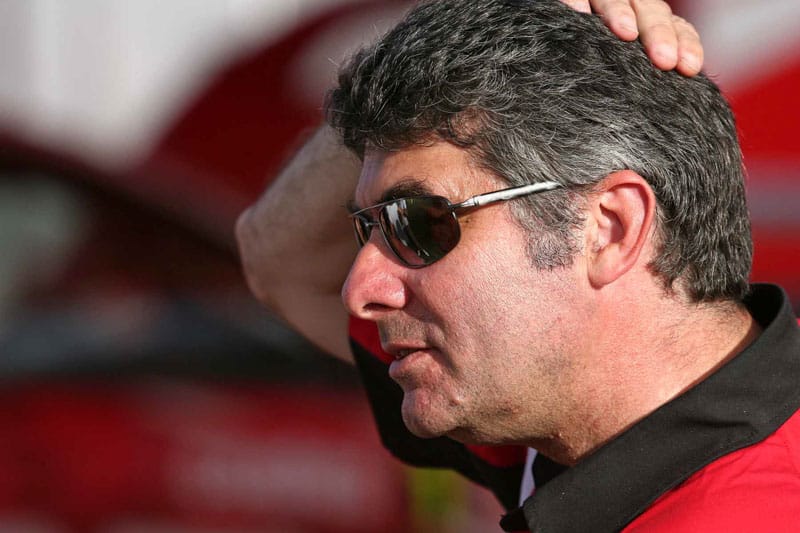 Mike Breen is the man behind Toyota’s entry into Australian rallying in 1989. Photo: Stuart Bowes

Back in 1988, we decided to launch a motorsport program we called Star Search. We wanted to give something back to Australian motorsport, which had been very good to us, and we thought it would be great to give some young drivers a chance.

During the discussions, Jon Thomson – who was then working for our PR agency, The Project Group – told us about a young Canberra rally driver called Neal Bates. I hadn’t heard of him, but Jon was involved in rallying and knew who was who, so I asked him to see if Neal wanted to be part of it. Obviously he said yes.

The first time I met Neal was at the (now defunct) Warwick Farm track in Sydney, when we made the announcement about the program, which was to run through 1989. It might sound fairly straightforward to launch a program for rookie drivers, but it definitely wasn’t. 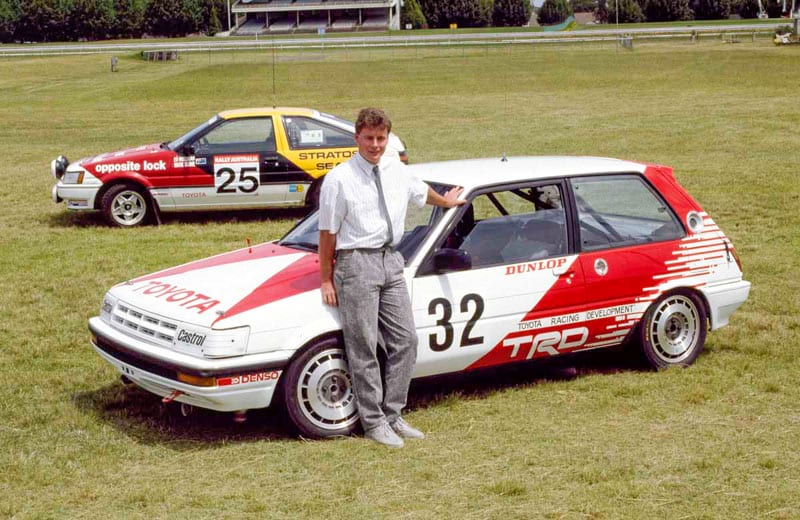 For the nine people we chose, to race in a round of the touring car championship, or at Bathurst – which was the ultimate prize – they had to have a full competition licence. None of them did. Neal’s was only relevant for rallying, not for national circuit racing.

To get that licence, at least back then, you needed a signature from the clerk of the course of five race meetings. We were absolutely flat-out with that! We got two MR2s from the press fleet, turned them into race cars and ran them in every production car race we could find in Australia.

From memory Neal did a race at Oran Park, another at Amaroo, maybe Calder and Sandown. He and all the others did enough races to get the signatures and the licences.

Once they did that, they each did a round of the touring car championship, then we selected two to race at Bathurst. Neal was one; the other was a champion motorcycle racer called Michael Dowson. In those days Bathurst was not a round of the series; it was a stand-alone race at the end of the year.

So off they went to Bathurst, and won their class, and beat the factory drivers! And then they went back to their day jobs! 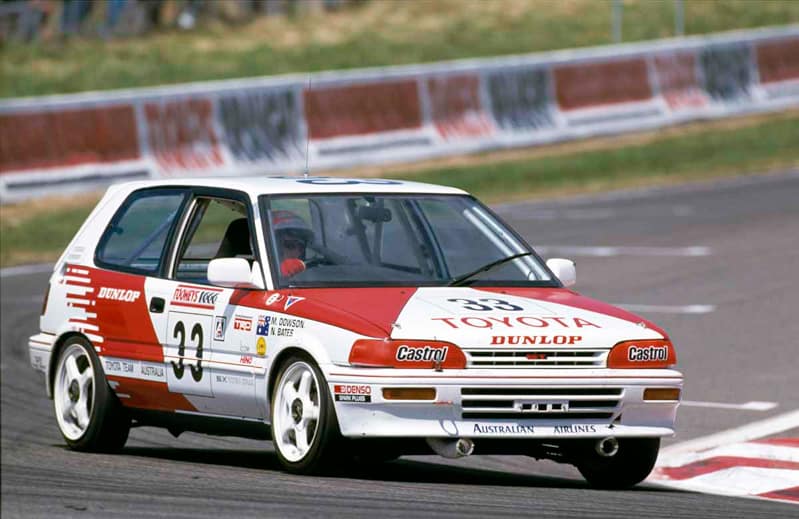 Bathurst 1989: Neal Bates at the wheel of a Corolla. Photo: Stuart Bowes

Anyway, at the same time as all of that was happening, we were planning the launch of the next generation Celica, which was to be done in Perth to connect with the fact a World Rally Championship round was being held in WA for the first time.

In preparation for that, my team and I had met Ove Andersson and his Toyota Team Europe people and they all came out. We did Rally Australia in September 1989 with them and watched how they did it, and then we held our launch in Perth in December.

Obviously we needed appropriate cars. We had two Celica ST185 GT-Fours that we had built up into rally cars, along with the 2WD press fleet, with the plan being to run a rally school for the journalists.

We were bringing in Björn Waldegård to show the journalists how it is really done around the Dwellingup special stage, but we figured we needed a second driver to work with him. Seeing Neal was a rally driver, and he’d won Star Search and we’d been working with him at Bathurst, I said ‘would you like to do this with us’.

The answer wasn’t quite as simple as you might think! He said he would love to do it, BUT he was getting married and he’d be on his honeymoon.

I said ‘can you postpone the wedding’ (chuckles) and he said ‘possibly not’. I think his teeth were clenched. 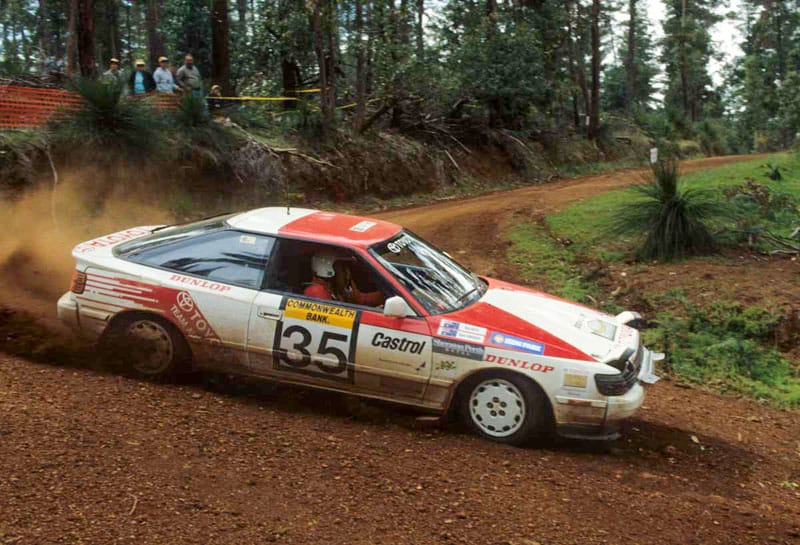 So I said ‘what about the honeymoon – how would you like an all-expenses paid holiday in Perth with Jane, with just a couple of days commitment to us’.

Jane agreed and they both came to Perth – after the wedding – and spent their honeymoon with a bunch of Toyota people! But it wasn’t just a couple of days. It turned out to be a week because they helped us with all the organisation.

And then the day before the launch, before the journos arrived, we went down the hill from the Sheraton to Langley Park for an impromptu game of cricket.

Jane and Neal had gone for a walk along the river and as they were walking back across the park, one of our guys hit the ball way up, and everyone yelled at Neal to catch it. Neal ran and dived and caught the ball – but wrecked his shoulder in the process.

He could hardly move it when he got up, so we dragged him back up the hill to the Sheraton and I asked the concierge if he could organise a physio. It was a Sunday afternoon, but he found a physio for us – who then told Neal his shoulder was dislocated and he had to go to hospital to have it fixed. 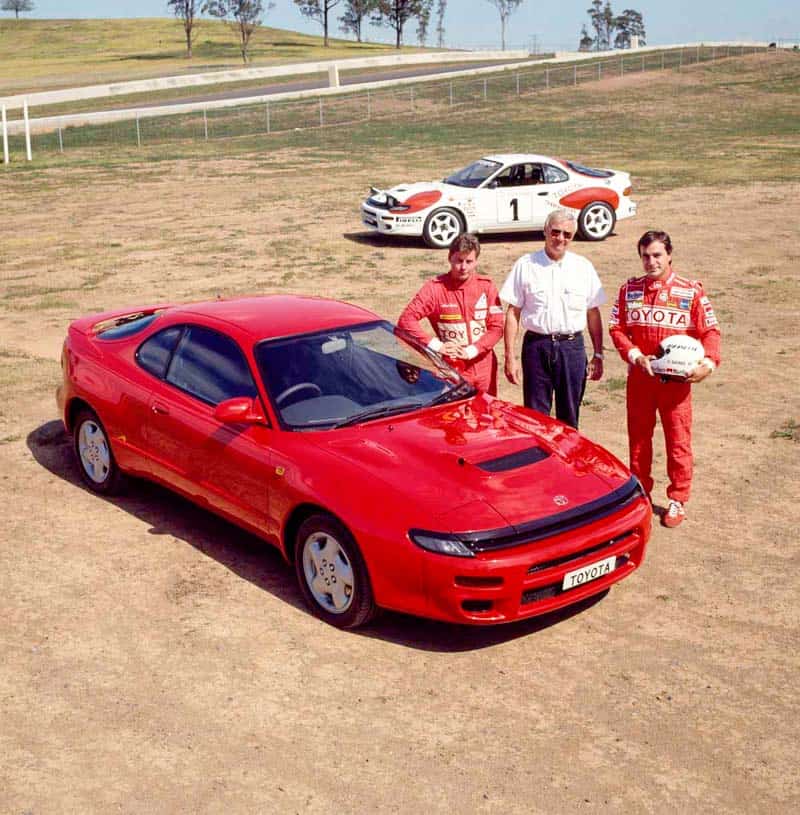 Anyway, the journos arrived on Monday and we had the rally school on Tuesday.

On the Wednesday all the rally-schooled journos had a run on the Dwellingup stage in the 2WD cars and then had the hot laps with Björn and Neal in the two GT-Fours.

After the launch, we had two fully prepared rally cars and we thought ‘it’s a waste having them sitting around going rusty’. Having modified them we couldn’t easily turn them back into road cars and sell them, so we asked Neal if he wanted to run one in the 1990 Australian Rally Championship.

Budget was always an issue, so we had to think of a way to justify running in the rally championship because we were still running two Corollas and a Supra in the touring car series.

We thought it would be a good idea to improve our relationships with the Australian motoring media to run the second car as a journo car, so the journos could drive in their state round of the ARC.

We would pick a journo for each of the states where the series was run, and Neal would look after both cars, and that’s how it started. 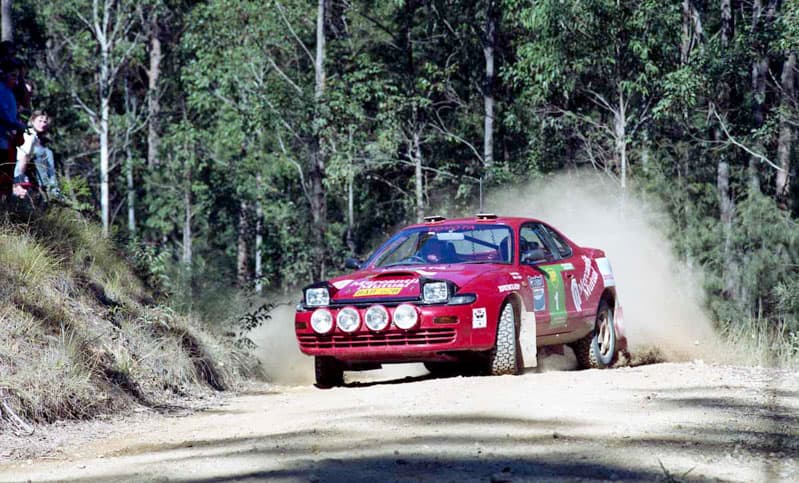 Come the end of 1990, he didn’t win, but he did well enough for us to decide to continue.

Our original intention was to only run for 12 months, but it was proving quite cost-effective to do it, and we were generating a lot of publicity from it – and because Toyota was running in the WRC with Celica, we could piggy-back off their results, but also had our own local team.

Back in those days, there was no Australian section of Rally Australia. There was a Rally WA, but that was separate, so it meant two trips to Perth if you were committed to doing the ARC and Rally Australia, but in 1990 Neal couldn’t run in Rally Australia because his Celica wasn’t homologated for the WRC rules.

Of course, now we were committed to 1991 and all the fun and games that lay ahead.

Next up: In Part 2, Coral Taylor joins the team and Toyota Australia’s rally story continues to build momentum. 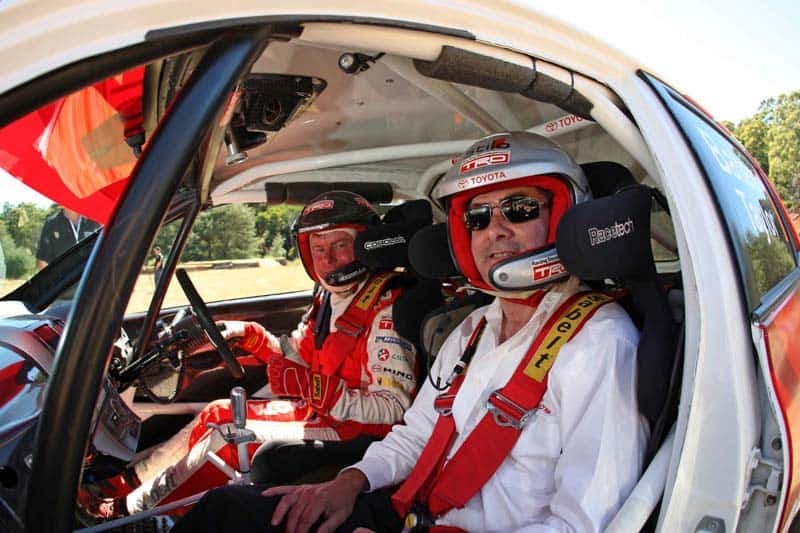 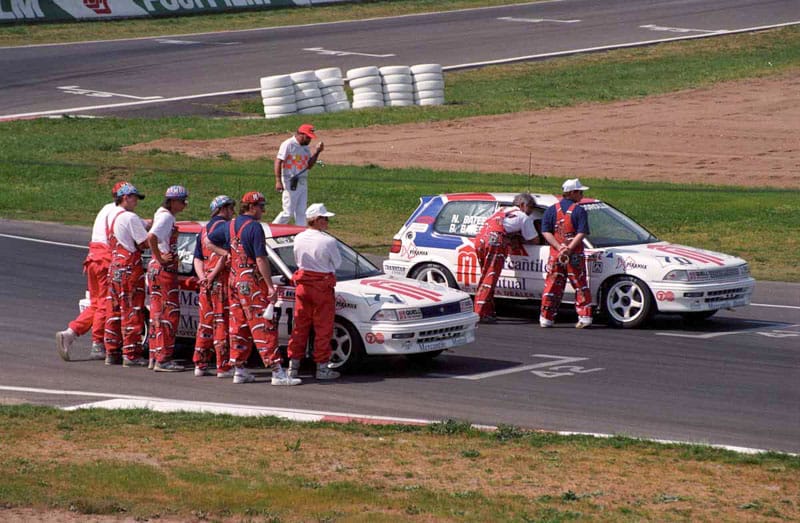 Neal and Rick Bates teamed up at Bathurst in 1991. Photo: Stuart Bowes 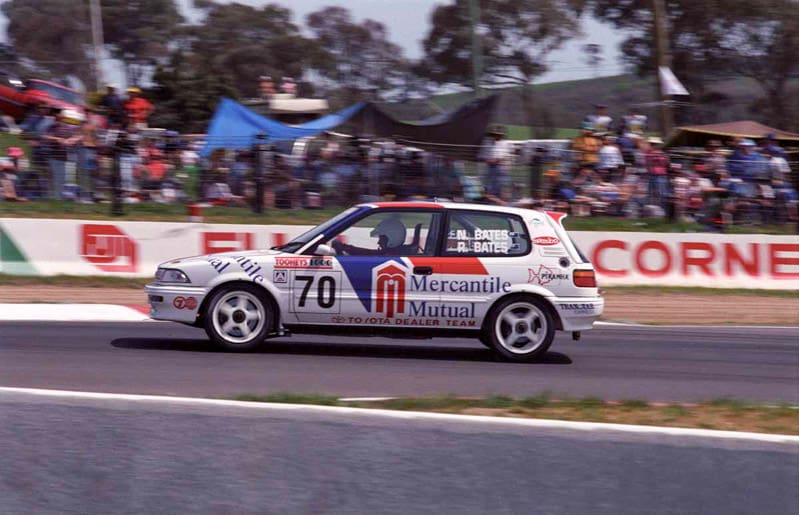 The brothers Bates at Bathurst in 1991. Photo: Stuart Bowes 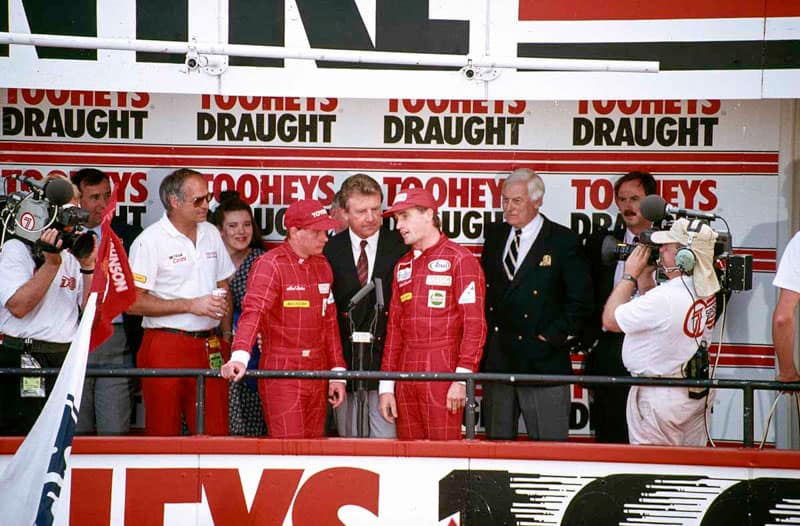 Bates and Dowson on the podium at Bathurst after the 1991 race. Photo: Stuart Bowes 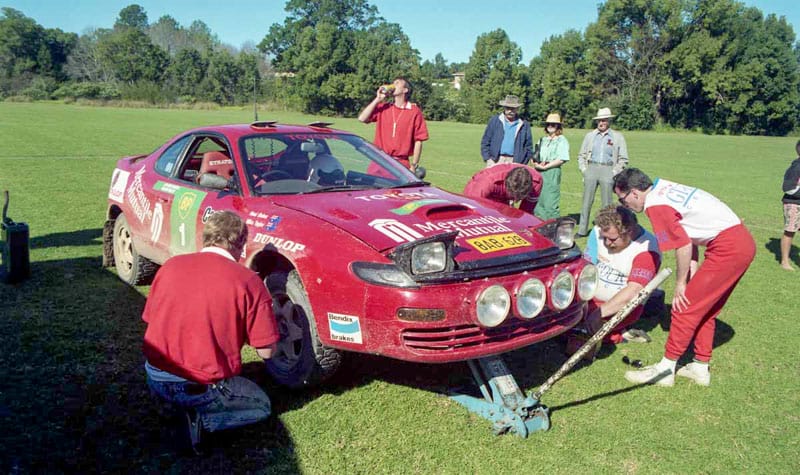 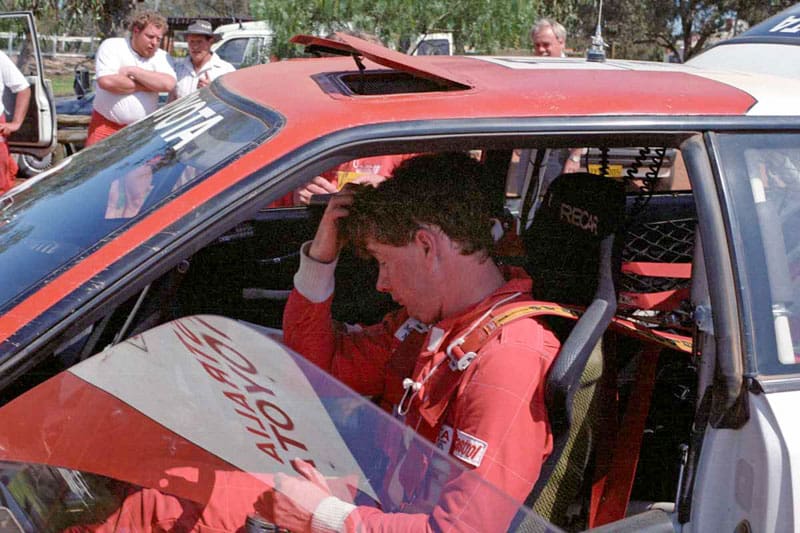 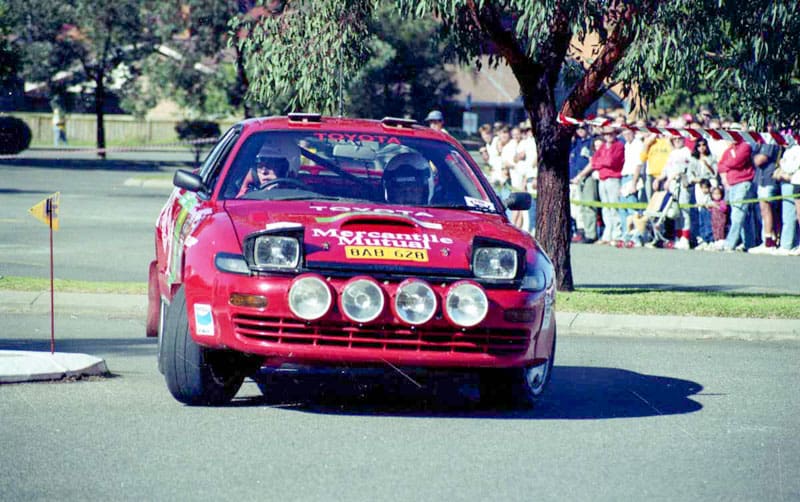 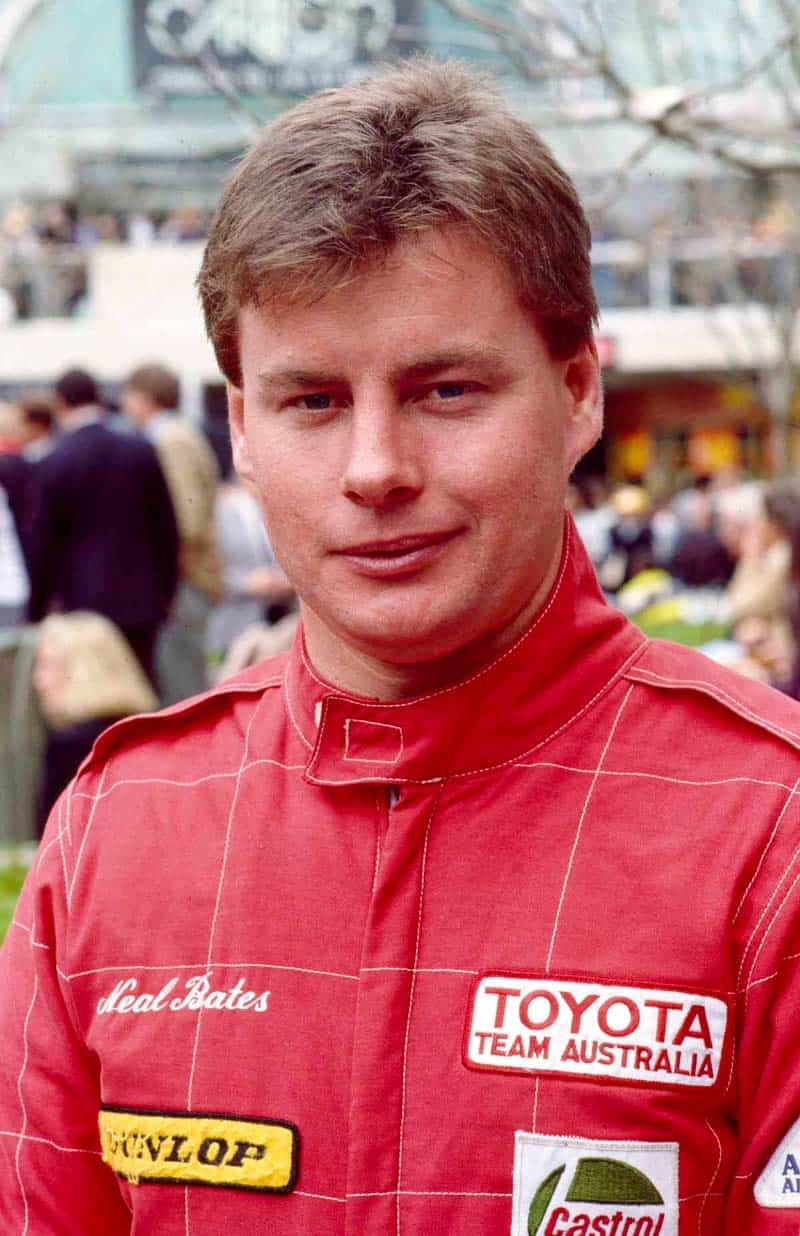 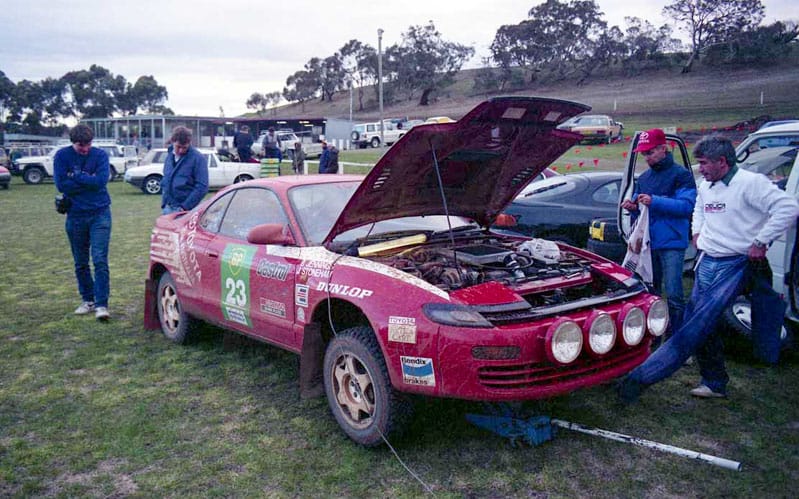 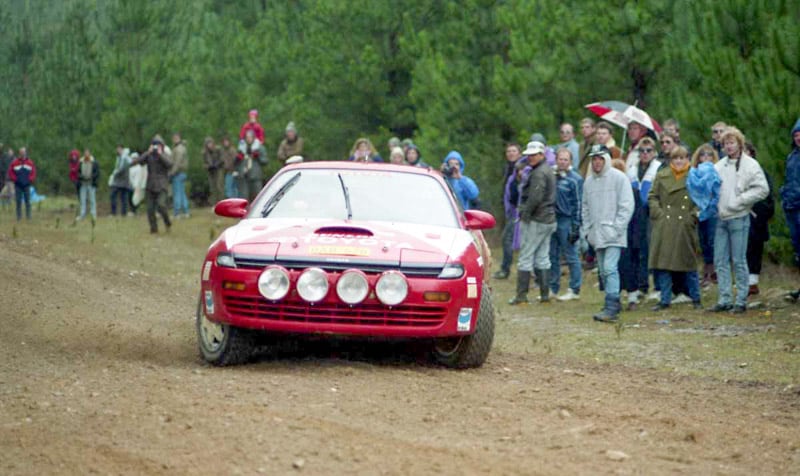 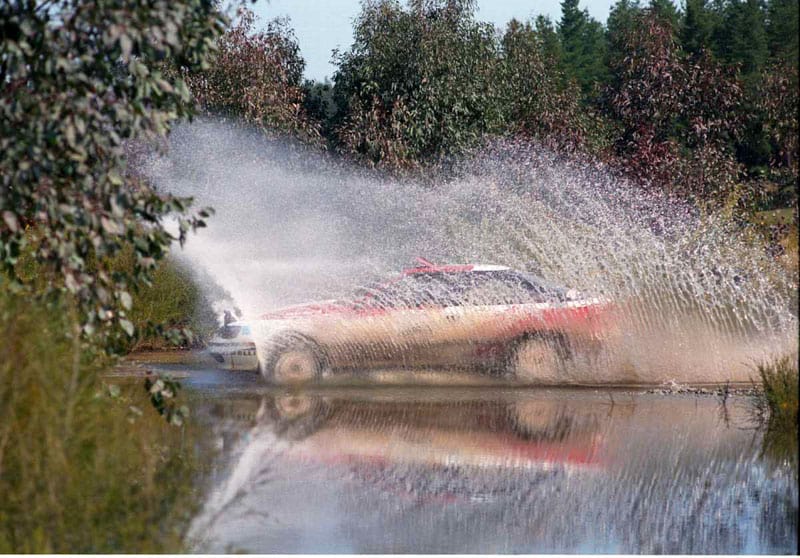