For drivers of classic rally cars in Australia, winning the bi-annual Alpine Rally is just about at the top of the list of achievements. And so it proved for Bega's Ben Barker - a former Toyota factory rally driver in the 2000s - who led the Alpine Rally from start to finish in his 1983 BMW E30is. "Winning the Alpine was a way of proving that we are capable of beating the best in Australia," Barker says. Since it moved from the north east of Victoria to east Gippsland in the 2001, previous winners of the Alpine Rally have driven a variety of tough-as-nails Datsuns, Escorts, and even a Holden Commodore with multiple Australian Rally Champion, Geoff Portman, at the wheel. 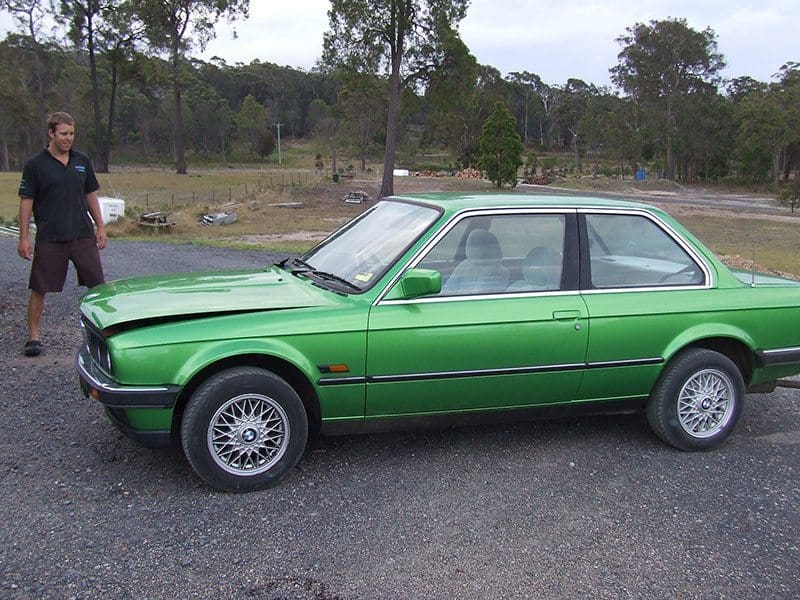 Ben Barker admires his BMW E30 after purchasing the car in 2008.

So, given the arduous nature of the long three-day event, the win for Barker and long-time co-driver, Damien Long, in a BMW, is perhaps a changing of the guard. With a 2.3-litre fuel injected BMW M3 engine running a Haltech engine management system, driven through a Getrag gearbox and a 4.75:1 differential, the BMW proved to be far too good for the opposition. "The car started as a backyard project in 2008," Barker told RallySport Magazine. "It was caged by Brian Dunbar at Neal Bates Motorsport. The engine was built by my Uncle, Pip Barker, and wired by Uncle Bruce Davis. "My good mate, Brad Cole, assisted with the fit out, and fabrication work was done by Beau Griggs from BG Performances in Bega." 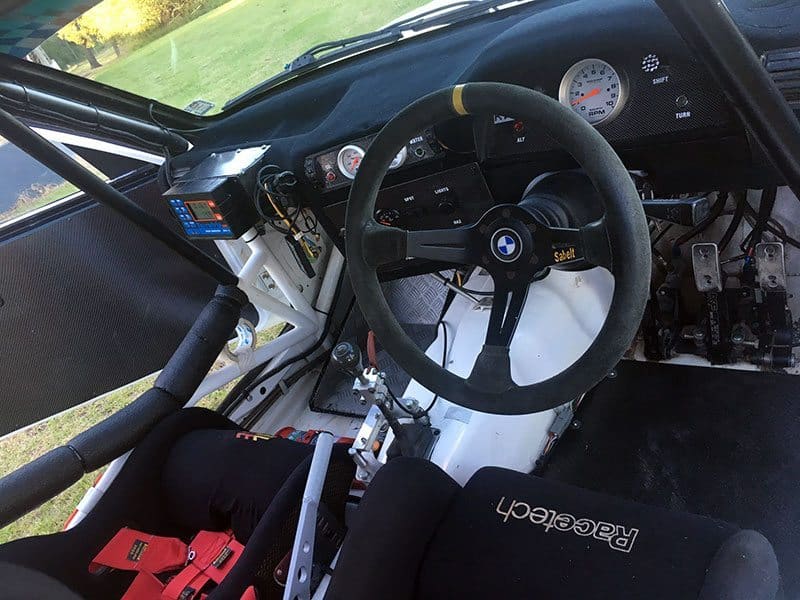 Like any modern day rally car, the BMW interior is neat, tidy, and all business!

Barker's factory drive with Toyota, driving the Corolla Group N(P) car in the Australian Rally Championship, finished in 2005, after which he had a three year break from rallying. Not surprisingly though, the rally bug was still biting. "After many chats with my Uncle Pip, my initial idea was to build a Commodore with heaps of grunt! Pip laughed at me and said 'I know what we need to build…' "So, with Pip’s knowledge and involvement with Frank Gardner in his JPS touring car racing days, we bought a standard E30 road car, which was the cheapest part of the entire project! 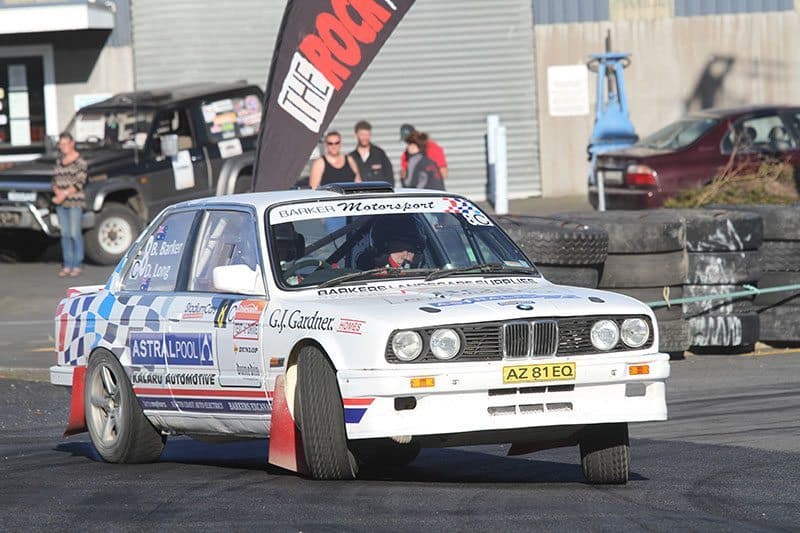 "The car has had good balance from day one. We chased grip as the car has never lacked horsepower. The more grip we found, the more driveshafts and diffs we started to break. "But once we got on top of that, the car has been reliable." 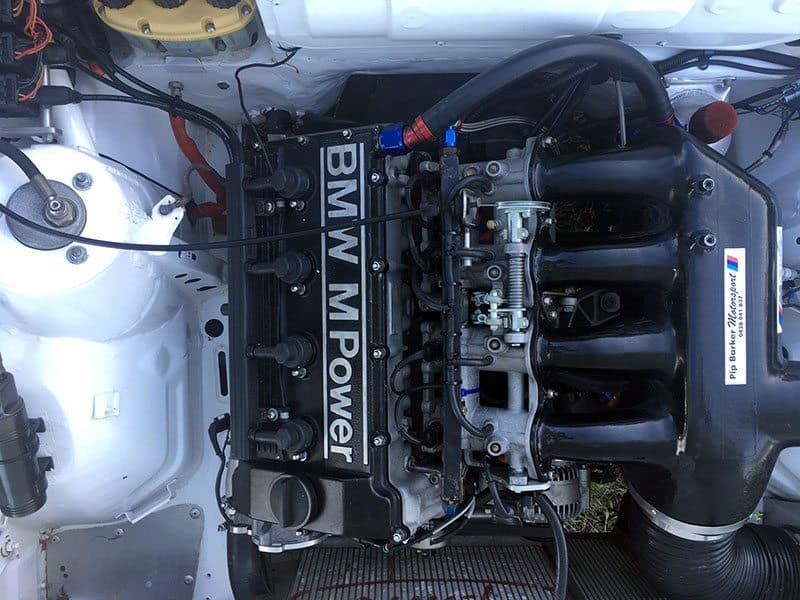 Horsepower has never been a problem for the BMW. The driveline has not been as reliable, however.

Barker and Long took the BMW to New Zealand to contest the Otago Classic Rally in 2016, finishing a creditable fifth outright against a field that included former World Rally Championship star Markko Martin. "It was my first time doing an overseas event, so I was a little unsure. It was a big effort just to get there, let alone go for a win," Barker stresses. "I'd love to go again, but would go 'full attack' to give it a red hot go, and be more prepared." 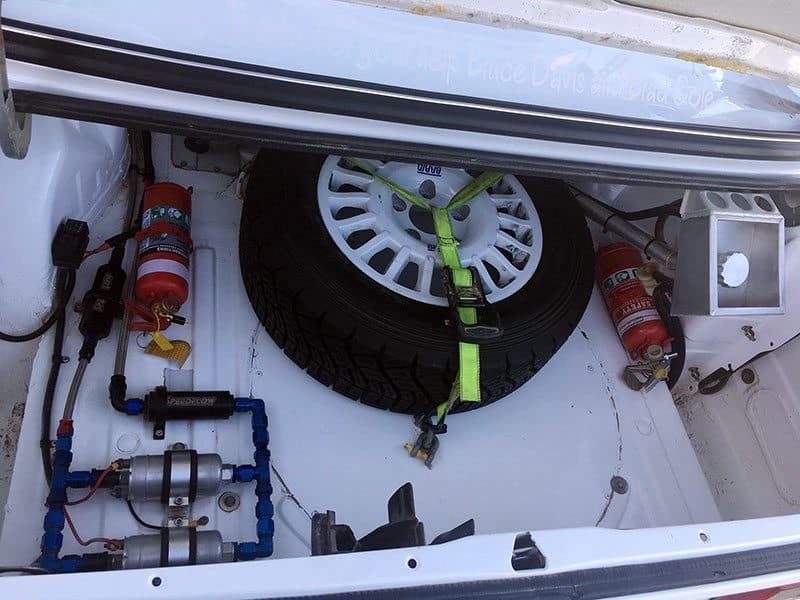 A place for everything, and everything in its place.

Getting back to the Alpine, Barker says it was obviously the perfect result. "It was a great weekend, such a satisfying result, and more so sharing the win with Damo, as we had rallied together at the top end of the ARC, but had never come home with a trophy. "My previous attempt at the Alpine in the BMW saw us leading the event from stage one. "The highlight was competing against Alister McRae and leading the field at our first attempt. "But on stage 10, and running car one on the road, we filled the radiator with grass and cooked the engine." 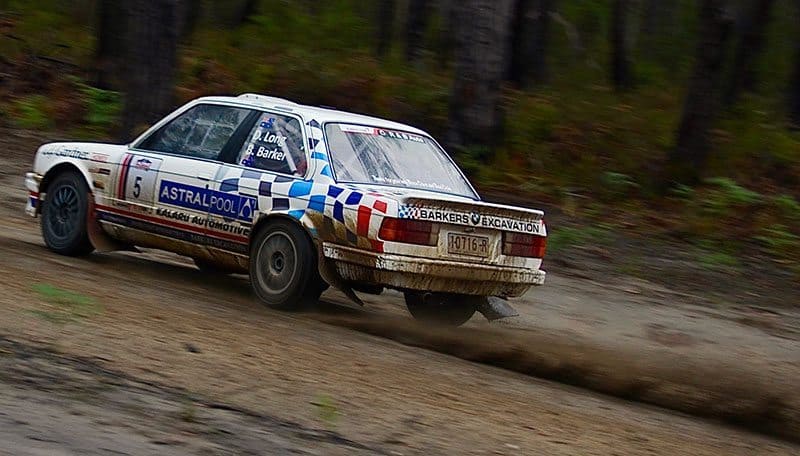 The conditions in the 2017 Alpine couldn't have been more different, with torrential rain badly affecting the route and seeing some stages cancelled. But through it all, Barker and his BMW were the class of the field. Since the event finished last December, the winning BMW has been washed and parked in Barker's shed, awaiting its next gallop in the forest - most likely at the Bega Valley Rally on the long weekend in June. Classic rally fans are eagerly awaiting that day too. 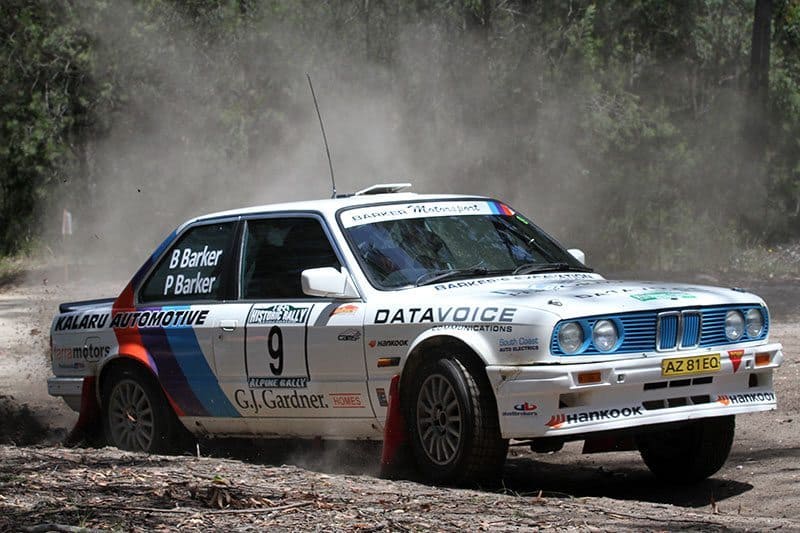 The BMW's Alpine Rally debut in 2013 ended with a blown engine, despite leading until stage 10. Photo: Peter Whitten 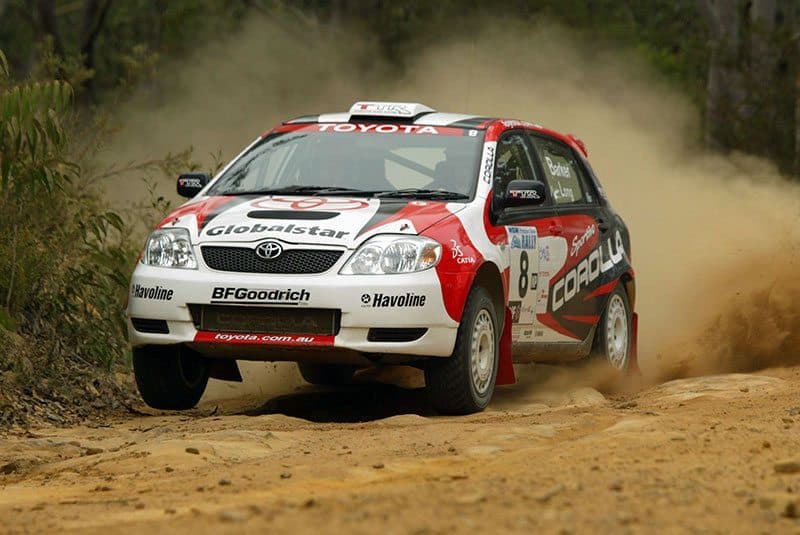