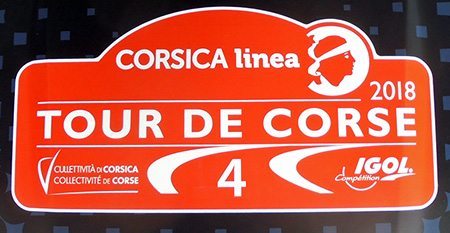 The new, well produced subscription All Live internet facility, which began at Rally Monte Carlo this year, introduced by the WRC Promoter, received considerable praise from the fans it is aimed at serving, but now comes the reality of the innovation.

The long-running free, WRC Promoter funded, and globally followed Rally Radio service is to stop after the Tour de Corse, bringing to an end access to information regarding the support championships and creating additional pressures on WRC event organisers.

The WRC Junior promoters are starting to provide their own service.

The FIA requires events to provide an end-of-stage quotes media service which the majority of organisers provide through listening to Rally Radio. Now they will have to provide experienced media workers and fund the cost of providing this work themselves.

For the first three events of the season Rally Radio struggled as WRC Promoters tried to amalgamate the new All Live service.

An insider working with Rally Radio said that the decision to end Rally Radio is entirely financial as it interferes with the core purpose of WRC Promoter, which is to promote the activities only of the competitors in the full World Rally Championship.

It is known that Rally Radio anchor person, Becs Williams, is to work with All Live and continue with her official on-event work for the FIA.

The position of her colleague, Colin Clark, is currently unsettled.

One of the first original decisions of WRC Promoter was to discontinue the work of a support championship manager, who provided valuable access to news.