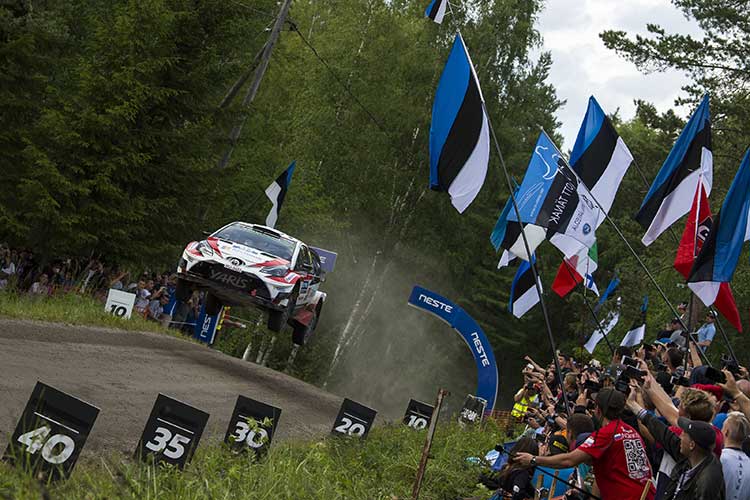 Esapekka Lappi has already won a round of the World Rally Championship for Toyota.

Lasse Lampi, 66 years old this week, has for years been a respected doyen in Finnish rallying. 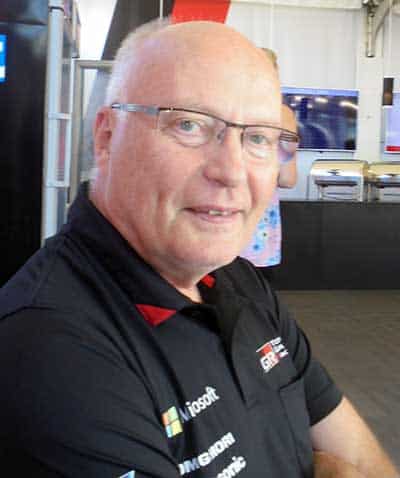 He has been one of a few Finnish privateers to succeed in the WRC (third on the Swedish in 1983), driving principally Escort and then Quattro cars, moving on to Mitsubishi Ralliart, where he became team test driver and confidant of four-times World Champion Tommi Makinen.

With such furore now being created across their sport with the achievements of Kalle Rovanpera, who began his career in countries which allow ultra-low age rally drivers, Lampi was at the Catalunya Rally to explain about an impending invasion of a new generation of young rally drivers emerging in his home country.

Lasse Lampi: For some time these young drivers invested in the beginning of their career to the national Group F rally car categories for cars either with old homologation, or not homologated any more, driving blind rallies without pacenotes.

I think that was a small mistake, a little bit similar to what happened in Sweden when they did their national rules.

Recently drivers have begun to understand that they should invest their cars in FIA homologated new models, front-wheel-drive Fiesta, Peugeot, Citroen or whatever, and it seems it is paying off. Now they can compare each other, compare to the international level, then step up to R5.

You don’t have to stay anymore in the Group N or modified Group N classes or things like that. So I always used to say that if you like to go ahead and forward at the international level, then you have to invest in the internationally homologated cars.

LL: Their speed is getting better and better. A big improvement during this season, both of them now have more experienced co-drivers, not so many accidents any more.

Their speed on the Finnish Championship level seems to be that you can expect that they can do the fastest times and to get in top three or something like that. So for me a big improvement, but the next step, to the international level, is another big step.

MH: Rovanpera is now old enough for a full driving licence and can start to compete in an orthodox programme of rallies. Who comes next in Finland? Who has really impressed you?

LL: Anyone in the age group, say 20 to 23, something like that. At the last Finnish championship round (Lake City Rally) we had a new winner, Erik Pietarinen.

I’ve known him the last three or four years, when he started driving, and his improvement has been huge. He has now jumped into the R5 car and he beat the others by two minutes on only a small rally.

We have Juuso Nordgren who is now here (in Spain) with the Skoda, we have Jari Huttunen in the Hyundai driver training scheme, we already have Esapekka (Lappi), we have Teemu (Suninen). There are many drivers coming along, with (Kalle) Rovenpera only just starting.

All of them they are coming, but we will see what happens. 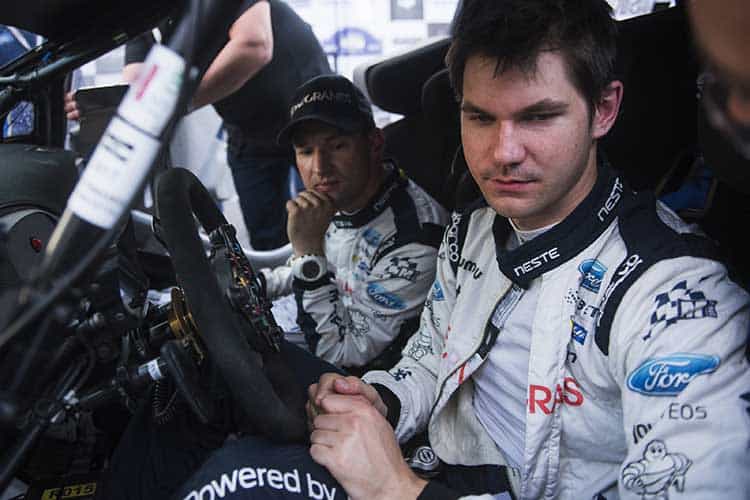 Teemu Suninen is one of Finland’s most promising young rally drivers.

MH: Who do you think is the most promising?

LL: Esapekka Lappi of course, because he’s already here competing at the top level, followed by Teemu. But it is difficult to say who will next get to the next level.

It is already a big step becoming competitive in R5, after competing with front-wheel-drive. The next step to WRC car is also huge.

If they are similar in speed to Teemu and Esapekka in the R5, then you can expect that they can adapt to a WRC car. So impossible to say who it is, but hope all of them.

MH: Maybe the trick is to finding who are managing the people. Do you think the management of drivers is going to become more important than ever?

LL: Money is money you know! For sure they need money, sponsors, they need someone to back up, but also we can’t forget what AKK (the Finnish ASN) has done.

All these drivers we are talking about like Teemu, Jari and Juuso, they’ve got drives on the Finland Rally with help from AKK, including winning the Star of the Future prizes and it seems that they all learn something from it and they are on their way in the correct direction.

It is difficult to say, but of course you always need somebody behind you to help you. There are so many other things that can help if you have the correct people behind you.