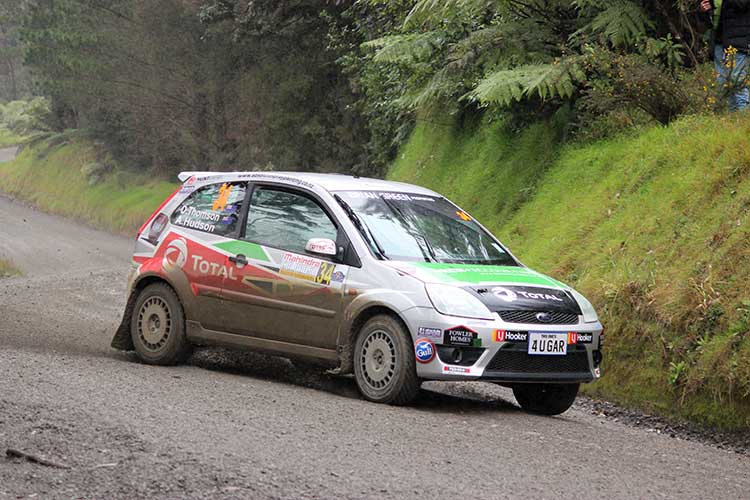 Like any competitor, Thomson wants to win, but is also mindful that he must finish the event to maintain his championship lead heading to the final round.

Thomson has set the pace across the season, with three wins from the four events to date and while rules allow crews to drop one of the first five rounds, Thomson only scored power stage points after going off the road at Rally Canterbury.

Since round four, Rally Coromandel, Thomson has been working hard not only on preparing the car to tackle the Hamilton-based event, but also on his fitness with two stages topping 40 kilometres, with a further three longer than 30 kilometres.

With a 13-point lead in the NZRC two-wheel drive class for front-wheel drive cars up to two-litres, 22-year old Thomson and co-driver Amy Hudson (16) are keen to expand their lead headed to the final round, but the pairing are well aware that not finishing will largely compromise their championship hopes.

“We’re in a bit of an interesting situation heading into this one. Obviously we want to win, that’s why we go rallying, and our speed has been good enough this year that we are in contention for sure, but we’ve got to make sure we score some points and secure our lead for the final round,” says Thomson.

“It’s going to be a huge day, with 200km of competition and huge long stages, fitness is going to be a big part of it, so it’s something I’ve really been focussing on since Coromandel.”

The Handy Rentals Rally Waitomo gets underway with a ceremonial start at the Rototuna Shopping Centre in Hamilton from 5pm on Friday. The following day, crews will tackle 207.8km split across six special stages throughout the Waikato and King Country. Crews will then return to the finish at the Hamilton Car Club from 5.25pm.