Buried in the backyard of a nondescript South London property lies what is perhaps world rallying's greatest archive. To the archive's owner and creator, it's the result of nearly 50 years of work. To a rally-mad visitor, it's like Heaven on earth. * * * * * Martin Holmes has been covering all things rallying since the early 1970s, during and after a co-driving career that saw him sitting beside some of the sport's biggest names. Names like Chris Sclater, Tony Fowkes, Shekhar Mehta, Juhani Kynsilehto, Pentti Airikkala, Ove Andersson, Kyosti Hamalainen, John Haugland, Russell Brookes, Billy Coleman, Andy Dawson, Timo Makinen and Jean Ragnotti. Not only was Holmes a gun co-driver for hire, he was also an expert in his field and released a number of books on both rallying and navigating from the hey day of the 1970s to the present day with the latest book, The Great British Rally, co-written with Graham Robson and published just before Christmas 2019. He transitioned out of the car and moved into photography and journalism, and it's this part of the Holmes journey that took RallySport Magazine to his house in Woking earlier this year. I've known the great man for 30 years, but had never had the pleasure of visiting him on home soil – until now. 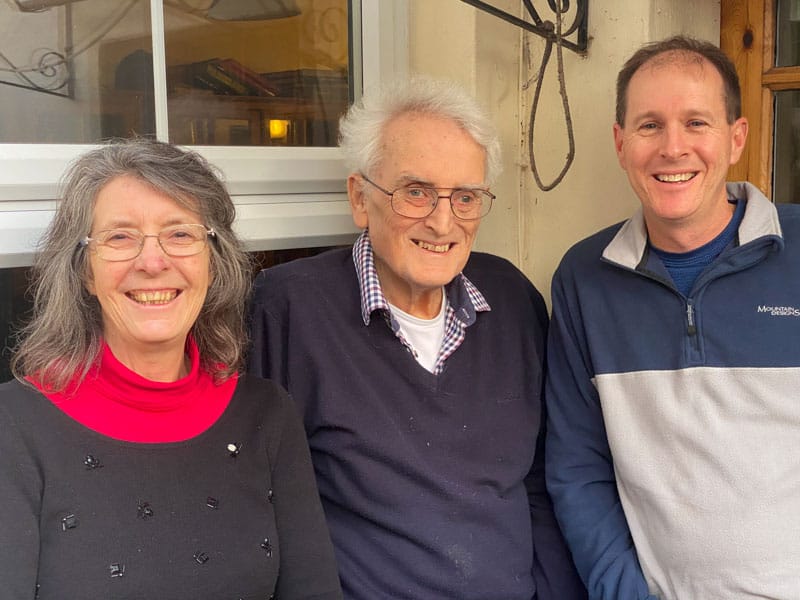 Ursula Partridge, Martin Holmes (recovering from recent back surgery) and Peter Whitten catch up in London.

The house and the office where Holmes works his journalistic magic is typical of what you might expect a decades old British house to be. A rabbit warren of corridors and small rooms, it serves its purpose and allows Holmes and his ever-present secretary, Ursula Partridge, to perform their tasks of covering the WRC and other national championships in great detail. His pre-event and post-event WRC previews and reports are still regarded as the best you can get, following years of the publication of his popular "Pirelli World Rallying" annual book.

It's outside the house, however, which is the real 'jewell in the crown' of a trip to Holmes Headquarters.

The attached photos tell more of the story than words can do justice, but it's fair to say that the shed, built especially as a storage for the archives, is lined wall-to-wall with event information and photos. Holmes has a full compilation of entry lists, event documents, road books and results from every WRC round he's attended, dating back to the early 1970s, and now number well over 500+ events! 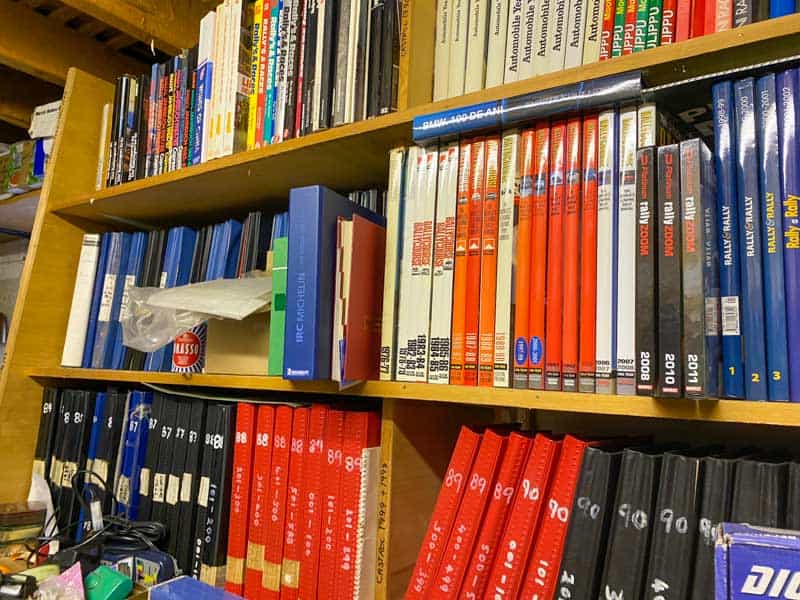 Wouldn't we all like a library of rally books like this? This was only the tip of the iceberg.

Need a photo of Roger Clark from the 1975 Welsh Rally? No problem. Supp Regs from the 1985 Monte Carlo Rally? Easy. What about photos of when Richard Burns flew with the Red Arrows in 2002? Yep, got them too. All in easy to locate files, and at arm's length. There's even copies of all Martin's note books from over the years, with all the tips, quotes and scoop news that he gathered during his WRC travels.

If you're a rallying aficionado, then the Holmes collection is like all your wildest dreams come true. There's enough to fill a museum.

The photo collection is a combination of what Holmes himself has taken over the years, as well as long-time photographer Maurice Selden, who took over the photographic duties as the boss concentrated more on the journalistic side of the business. It's an Aladdin's cave of rallying history, and an irreplaceable collection. Like a classic rally car buried in a farmer's shed, we were thrilled (and honoured) to be given the opportunity to view 'the Holmes collection'. Hopefully it will be providing rally fans the world over with memories of rallying's golden ages for many years to come. 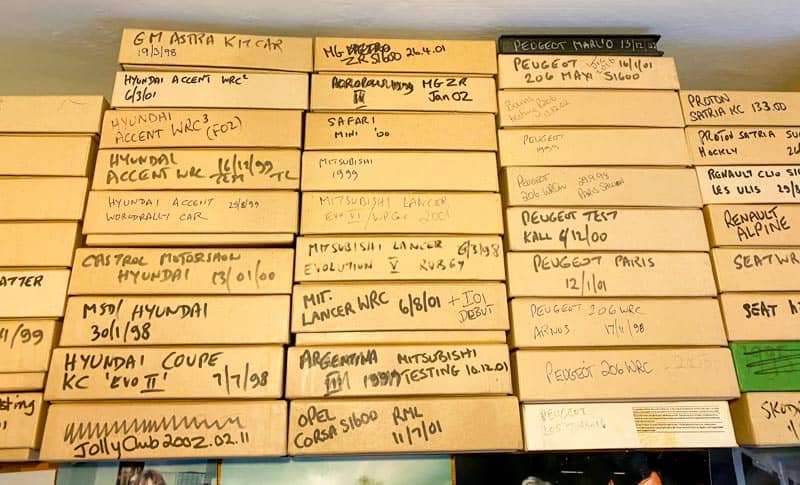 Need a photo for a retrospective article? Martin Holmes has it covered. 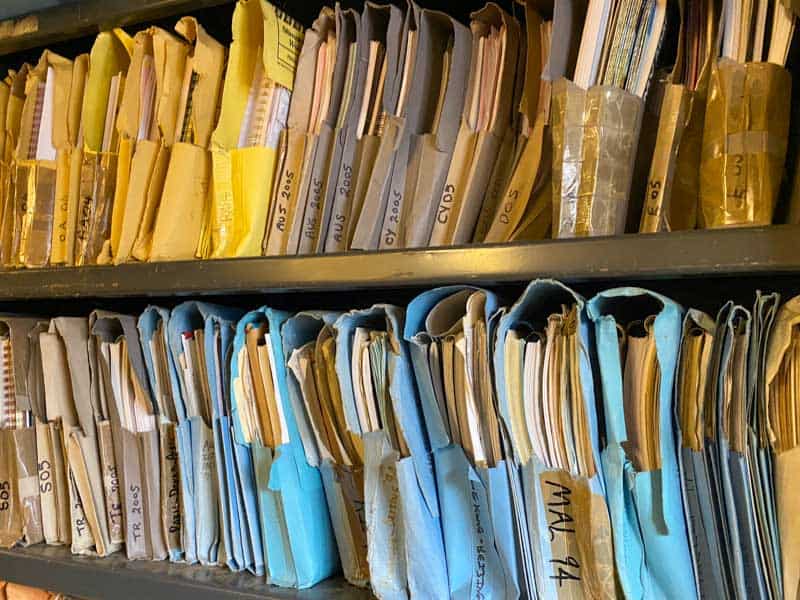 Holmes has a full collection of entry lists, results, road books, supp regs .... you name it! 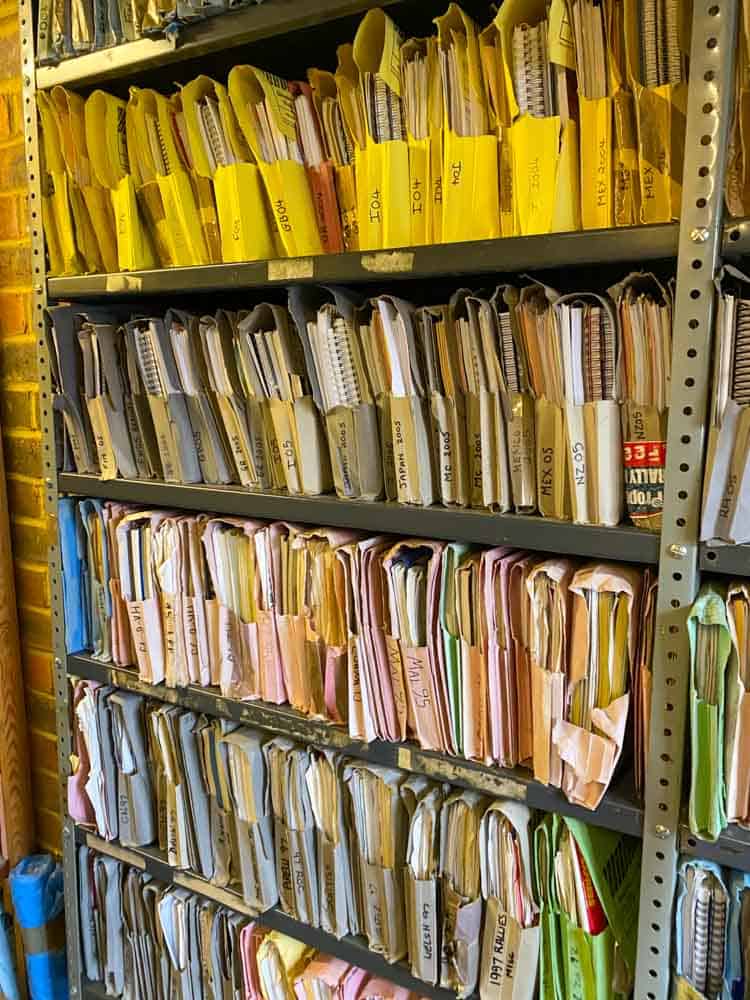 Wall to wall WRC history is at your fingertips. 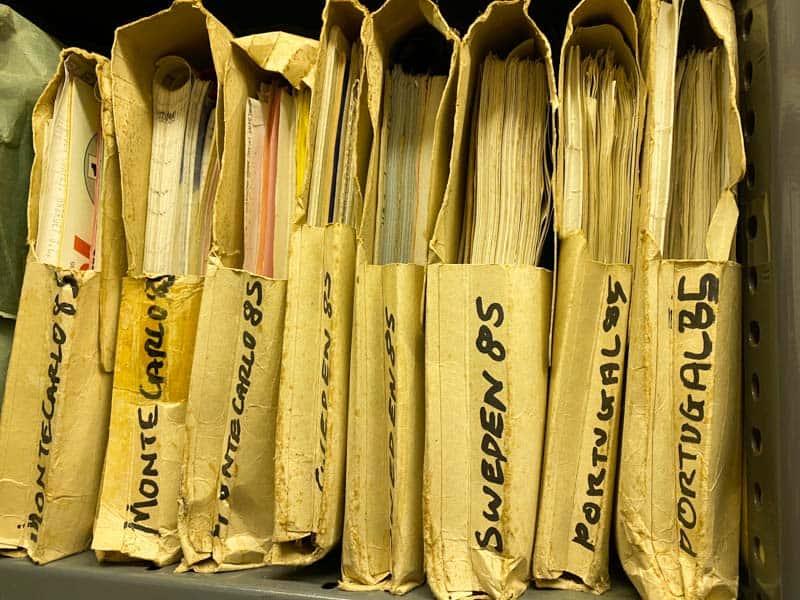 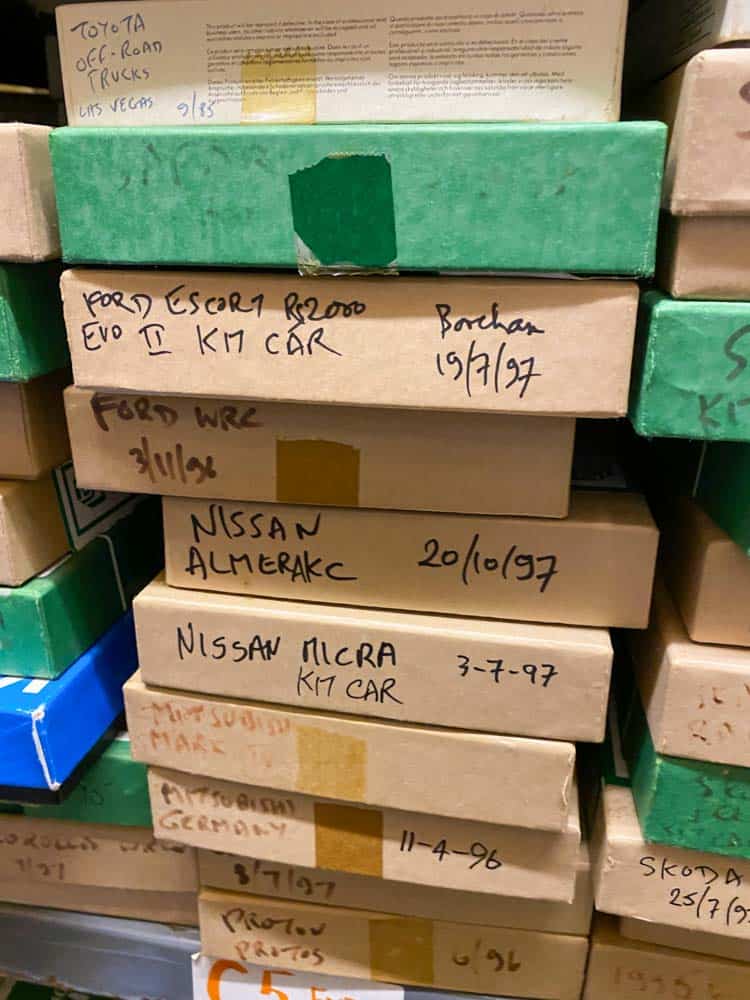 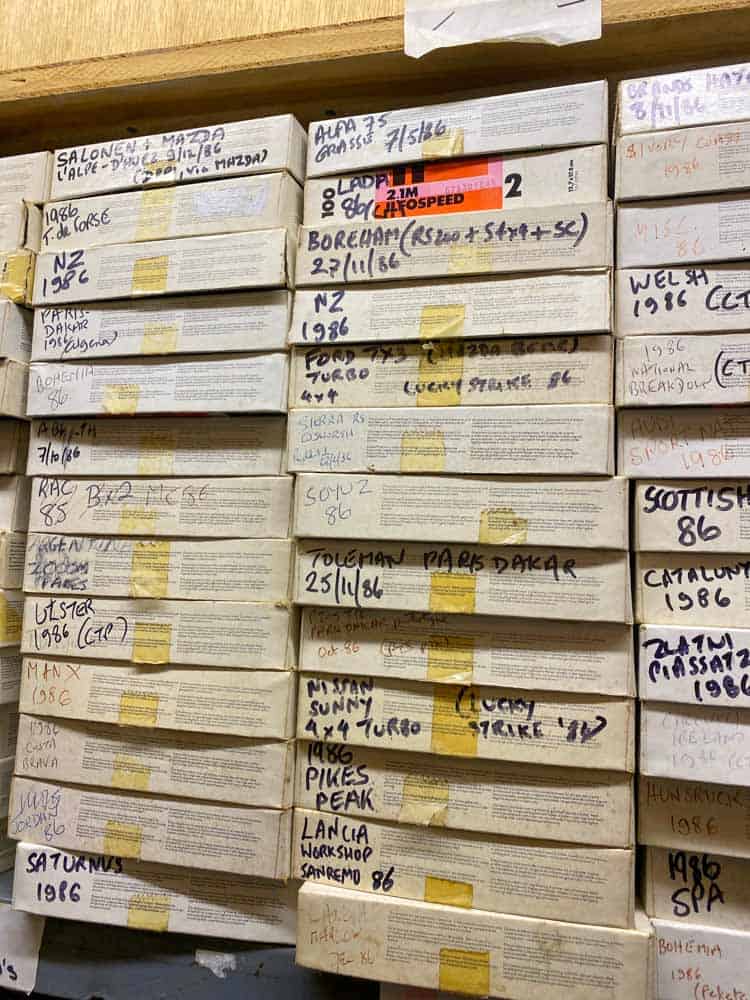