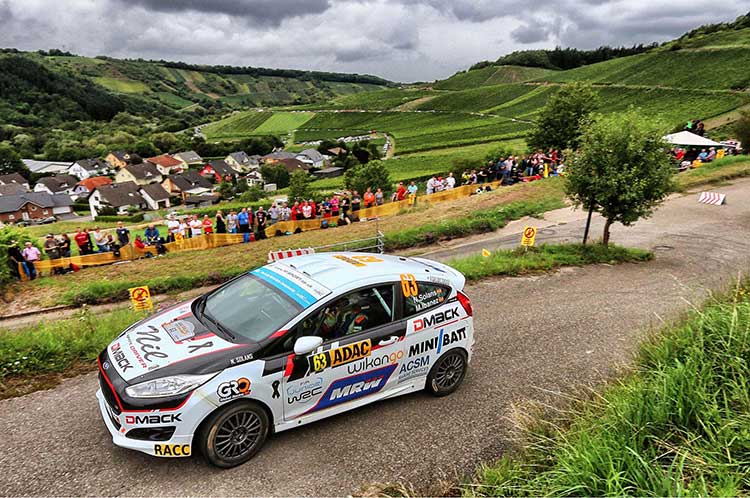 Nil Solans in action in his Fiesta R2T at Rallye Deutschland. (Photo: Holmes)

It was disappointing that only four of the original competitors in the under 29 year old WRC Junior championship were at the recent Rallye Deutschland, after nine hopeful drivers had started the opening round of this six round series.

Rallye Deutschland had been the penultimate round of the series and several crews had withdrawn for financial or medical reasons.

This had been the first year that M-Sport’s 998cc turbocharged Fiesta R2T cars were chosen by the FIA as the one-make vehicles for the series, and the second year these high performance little cars had been seen in the WRC.

Last year they had been the chosen cars for the old Drive DMack Fiesta Trophy which had previously been run as an adjunct to, rather than a full support series in the WRC.

These cars are run by M-Sport’s Polish based operation, under the direction of Maciej Woda, who explained the way the system worked.

MW: These cars are working well, a good example of the general downsizing direction in the motor industry.  They are exciting for spectators because they sound like WRC cars!

The R2T is a little bit more expensive, but much is because of the new mandatory greater safety features.  Driving with a turbo shows up the main difference.  There is an ALS system but it is always a little bit delayed compared with the non-aspirated car, so that changes driving style.

We have seen the cars are very reliable and strong, doing a tough event like Sardinia and Portugal in the past without any major issues.  Until Rally Finland 2017 we hadn’t seen an engine failure for two and half years.

I think the car is actually a good car for the Junior championship because it is reliable, it is quite simple, it does not require massive engineering knowledge for the driver to understand what is going on, and so on.

Except for the power train, the turbo car may seem to be similar to the old R2 car, but it is completely different. The transmission and suspension looks pretty much the same, but we have tried to improve every little thing.  In over four years of rallying the 1.6 cars we have learnt a lot about their weak points, and what we should improve and so on.

We have strengthened the wishbones to get extra suspension travel, changed the electronics, obviously we had to change the ratios in the gearbox and introduced a cooling system for the gearbox. 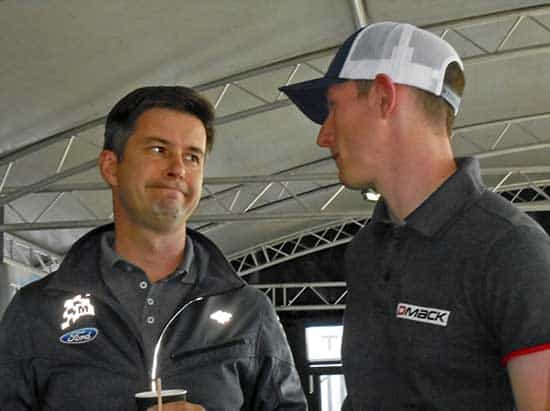 Martin Holmes: What difference does it make changing from the Drive DMack Fiesta Trophy to the Junior World Rally Championship (JWRC) for you?

MW: Various changes.  The maximum age is 29 in JWRC it used to be 28.  Because the drivers are now Priority 3, this means they only have three hours service time for Rally2.

We need to run FIA fuel, which we have been doing anyway, and the drivers are seeded higher up in the start lists, so the guys are driving on the better conditions than they were in the Drive DMack Fiesta Trophy.

MH: Previously it was confusing that the WRC3 dovetailed with the Junior WRC Citroen DS3 R3Ts, now the same thing happens with the Fiesta R2Ts.  Wouldn’t it be easier just to have one combined series?

MW: With the present system, there is a series for drivers older than 29 years old in WRC3.   I think the way it is now is quite OK and the fact that we’ve got slightly different points system (with supplemental points for stage wins) in the Junior WRC, it makes things actually attractive and interesting.

MH: Does the JWRC championship continue next year?

MW: That’s the plan.  We have got a contract with the FIA for the 2018 season.  I strongly believe that part of the reason why we had only four cars in Germany was that the 2017 championship was announced quite late after people had already committed to different programmes.

Hopefully for 2018 we’re going to have more cars and again a very strong championship.  In any case, in Germany this year we had four really strong drivers.

MH: And finally, it was disappointing that the specialist media did not highlight that Fiestas won WRC, WRC2 and WRC3 in Germany.  What a fantastic achievement that was!

MW:  Yes, to be honest the results in Germany was something that M-Sport are really, really proud of because it just shows what Malcolm (Wilson) has done together with Ford. 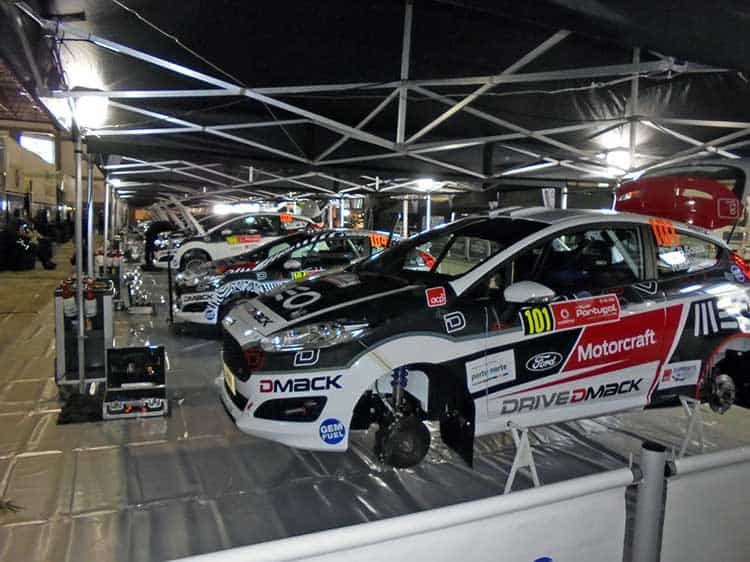 The first appearing of the Ford Fiesta R2Ts was a Portugal in 2016. (Photo: Holmes)