Although outline details of their 2017 World Rally Car were released in mid December, there is continued non-stop work at M-Sport and it seems there will be no public presentation of the new Fiesta WRC until the cars appear at Monte Carlo.

However, M-Sport Principal, Malcolm Wilson, gave us an outline of what lies in store when he chatted to Martin Holmes.

MW: Design work on the 2017 car began with a lot of simulation work as long ago as 18 months, but of course the one thing we didn’t have at that point in time was what the chassis was going to be.  But there were a lot of things we wanted to do, irrespective of what the chassis was going to be, so they could do a lot of work, starting off with areas in the current cars where we felt we needed to improve.

Then they transferred a lot of that and we received more data back from Ford, but we didn’t have the hardware, we didn’t have a bodyshell.  We therefore converted a current Fiesta as a “mule” to encompass where a lot of the suspension pick-up points would be on the new car, so that at least we could get some running and try a lot of the sort of permutations the guys had come up with.

MH: When did you first get your hands on material relating to the new model Fiesta?

MW: Not that long ago, when we did start the first test. It would probably be August/September time when we got our first bodyshell.

MH: What has been the order of priority in the development of the car?

I just mentioned it at the end there, but a big aspect was the aero because of the new regulations and the more freedom that we had.  A lot of emphasis was put on that.  Everything was done on CAD basically.  We didn’t do a scale model or anything like that to go in a wind tunnel.

Regarding aero work, we work with an outside company.  We used the same company that did the Bentley and we were very happy with the results from that.

MH: In relation to aero work, the other teams are saying a lot of the challenge is damage limitation. How do you maintain the consistency of performance when aero is so much more vulnerable than in (recent) previous cars?.  How have you reacted to that?

MW: I agree with the other teams, that is ongoing. Because we’ve had less running time than the other manufacturers, you are absolutely right.  It is quite critical and the drivers are noticing a difference.  This is an area we are still working on to make everything more durable.

Drivers do notice it obviously on certain roads, particularly in Finland where it’s high speed, but I think a lot of the slower speed surfaces won’t be too bad, but for sure that is still ongoing work, we’re still learning from every single test.

It’s quite strange because you can do one piece of road and you think ‘gosh this is going to be really bad on the bodywork’, and do a full day and it’s fine.  Go somewhere else and you think it’s going to be OK, and you end up getting a lot of damage.  Yes, that is still ongoing work.

MH: In relation to the engine work, is it all done in-house at Dovenby?

MW: Yes, everything engine-wise.  We started in-house engine work in 2012, so this is really our second car in which the engine has been entirely ours. 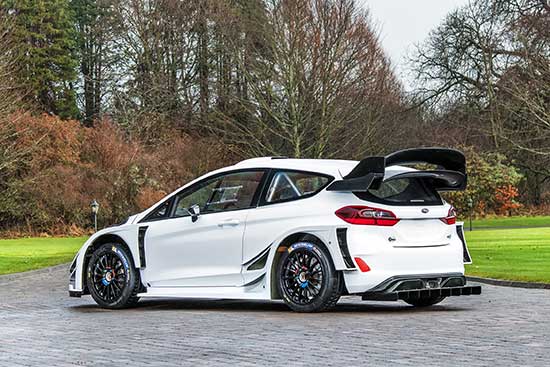 MH: In what way have the 2017 regulations created new challenges in the engine?

The characteristic of the bigger restrictor is more power, but not more torque.  The increased power has not changed the characteristics that we seek to get out of the engine.  We have tried to achieve the same levels of torque as what we had, and then obviously it’s got a lot more top end power.

What it does mean is that you are using more revs, also in a higher rev band than what you were with the previous engine the majority of the time.  Apart from that, no change in characteristics.

It’s still very drivable, and to be honest that was an area I was concerned about, but having driven the car it absolutely feels fine.  It feels very driveable and having that little bit of extra power at the top end, it’s very manageable and I don’t see any real issues.

MH: Has the extra power changed the requirements of the design of the transmission?

MW: The transmission is Riccardo. Yes, but again all this sort of stuff is just simulated now.  We now have got longer gears so a higher top speed than with the current car, because obviously you’ve got more top end power.  But apart from that, as I said, it’s all been modelled and simulated.

MH: How has the new central differential affected the design of the car?

MW: It hasn’t really affected it at all.  When we were last using active diffs we were with Riccardo in the Focus (WRC, till end of 2010).  I wouldn’t say it’s carry over parts, things have moved on, but in terms of what we looked to do, again a big thing was optimising what we had previously to reduce the weight.

Looking at the centre of gravity concerns we were probably in the fortunate position of having all the strategy and everything from when we previously ran.  We are starting where we left off at the end of 2010!

I wouldn’t say it’s all the same, there are definitely some changes, but we had a good base to start with, shall we say.

MH: What is going to be the effect of the characteristic of having the wider track?  In older, previous, times when you came to rutted roads, if you had a wider track that was a severe disadvantage.  Is that going to continue with the new cars?

MW: No. For me things have moved on so much in areas such as suspension and everything, that it won’t be a disadvantage anywhere, I don’t believe. 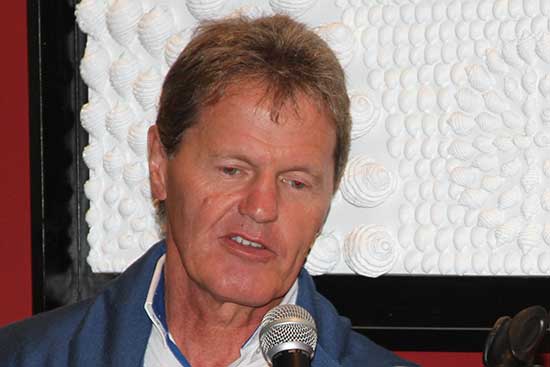 MH: Is there anything that’s developed over that time, difficulties that you never expected, but have happened?

MW: Nothing that’s jumped out at us or been a concern or made us think that we’ve gone in a wrong direction.  No there’s nothing really.

MH: What about tyre wear generally, that’s been pretty critical in the last year or two in the world championship? The increased power is going to make tyre wear even more critical now.

MW: There are going to be some events where you’ve got to manage your tyre wear very carefully.  We’ve seen a little bit more wear for sure, but I think you’re absolutely right that tyre management in some events could be quite crucial.

MH: How many cars are you planning to build, which then leads to another question, what is the latest situation about privateers being able to use 2017 cars?

MW: Obviously I want to, and I need to try and build as many 2017 WRC cars as we possibly can. Privateers with approval from the FIA can drive them, but I can tell you that current people in WRC, people like Lorenzo Bertelli, Martin Prokop, Henning Solberg, all these sort of people, then there is no issue from the FIA’s side of having these sort of people in the car.

I think the FIA are obviously wanting to protect themselves and see what happens initially, but in the longer term I don’t see that being an issue. It’s finger in the air touch at the moment, rather than a super licence restriction or anything like that.

Now that I’ve driven the car I certainly don’t have anything like the concern that I had.  Basically the 2017 cars do what it says on the tin.  They are very manageable and I felt it was relatively easy to drive, because I think everything else has moved on so much from where it used to be.

MH: Are there any other particular things going to happen in 2017 which haven’t been expected?

MW: No I don’t think so.  Nothing that really stands out that we weren’t expecting or has been an issue.

MW: Three, but that is not guaranteed for every event, but I hope to. If you don’t run three 2017 cars and you have to run a 2016 car, as far as I understand it, the driver of the 2016 cars will not be eligible to score Manufacturers points

MH: When do you hope to have some news about privateers driving your car, buying your cars and entering them?

MW: Probably it’s going to be the middle of January, something like that, so the Swedish is the earliest we could see them.

There is a lot still to do.  M-Sport is still in discussion about a possible DMack team.  Probably no news yet on that one probably until the first couple of weeks of January.