This year’s Neste Rally Finland is facing a dilemma as to whether this year’s World Rally Cars will be too fast for the stages.

Rally Finland Clerk of Course Kai Tarkiainen. (Photo: Martin Holmes)The issue is coming to the boil in the next few weeks as to whether the cars will be too fast for the FIA, the sport’s governing agency.

The rally Stewards made a reactive decision in Sweden this year to forbid a re-run of a stage which was won by Ott Tanak first time round at average of 137.8kh/h.

This followed a similar ruling in Rally Poland 2014 when Mads Ostberg won a stage at 129.3km/h.

Last year, Kris Meeke’s average over the whole event, even with the less powerful 2016 specification cars, was 126.6km/h.

What are the chances of wholesale stage cancellations this year in Finland? Does the Clerk of the Course, Kai Tarkiainen, think his event is too fast for the sport under the new car rules?

KT: I think rallying has always been about people driving cars as fast as they can. We have already discussed various issues with the speed on some sections of the stages of our proposed 2017 route with (FIA Safety Delegate) Michele Mouton.

It depends on what policy the FIA want to adopt in the future as to whether we will need to make any major changes in the routes.

Obviously our area has the roads it has. Finding slower roads sounds easier than it is. We have slower roads, but they are usually softer, they deteriorate quicker than the big ones and they are often on usually very short stretches which don’t connect together with one another very well.

It would probably mean that we would have to look at short stages. And also smaller roads do not have as many side roads leading into them, so it would be very difficult to find areas for the spectators and finding parking for their cars.

It is definitely not an ideal solution for us, we’ll just have to see what the future brings.

MH: If reducing the average speed on stages is the problem, what is your theory about chicanes?

KT: I am not very much in favour of chicanes. I have spoken with the drivers and the teams and pretty much they don’t like them either.

We are looking into some alternative sort of chicanes. I have actually spoken with the teams about a form of radar-based, virtual chicane where you need to slow the car down to a set limit of speed and then you can continue again, like a Formula 1 pitstop access roads. 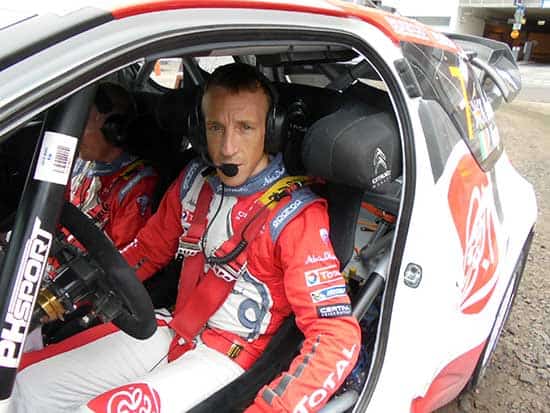 Kris Meeke won last year's Rally Finland at an average speed of 126.6km/h.They would like to test this idea somewhere because they realise that building a lot of chicanes all over the place is not an ideal solution.

It’s difficult and its expensive and it usually breaks the cars as well, because everyone tries to go in as fast as they can and they usually hit something.

I have also spoken with the FIA, and they also do not like chicanes of any kind as a permanent solution for the problem we may or may not have with our roads.

MH: Last year you experimented with placing a solid tractor in the road as a chicane in the down town Harju stage, actually the slowest stage on the rally.

KT: I do not think that was unnecessarily dangerous. It was the first chicane that we built that nobody actually hit!

People respected it, slowed down and swerved around it. It carried out its purpose.

People were worried about the Bianchi Formula 1 accident, but there a car hit something that was in a place it wasn’t meant to be. For us, people knew the tractor was there. It was not comparable at all.

None of this addresses the concern that average stage speed statistics do not tell the full security picture, because chicanes only reduce seeds in specific areas of the stages.

The FIA went flat out in their quest for more performant rally cars, without a convincing understanding of how the sport would have to adjust to keep it safe.

Once again they must make reactive decisions to address their new situation.