Henri Hokkala has been tipped for success after being named ‘future rally star of Finland’ for 2018 by the country’s motorsport elite.

The award is presented annually by AKK Sports, the promotional arm of Finland’s motorsport federation and organiser of Neste Rally Finland.

Twenty-three-year-old Hokkala will make his WRC debut at his home round [July 26-29] at the wheel of a fully-funded Ford Fiesta R2 in the FIA Junior WRC category. He follows in the footsteps of Teemu Suninen - the first award winner in 2014 and now a podium finisher in the WRC - as well as WRC 2 competitors Jari Huttunen (2015) and Juuso Nordgren (2016). Hokkala, who comes from Tikkakoski, 20km from Rally Finland's host city Jyväskylä, began rallying in 2015 and stepped up to the Finnish championship this year, claiming his first class win on last week’s Pohjanmaa Ralli. He was chosen after a two-day selection event at the Kuortane Sports Institute, where five finalists, all aged under 25, were put through their paces. A panel of expert judges picked Hokkala after testing reconnaissance and pace note skills, mental strength, physical fitness and interview skills. “Of course, it is a great honour to win the title of Future Rally Star of Finland,” said Hokkala. “I’m very excited to make my debut in Junior WRC at Neste Rally Finland in my home town, Jyväskylä. 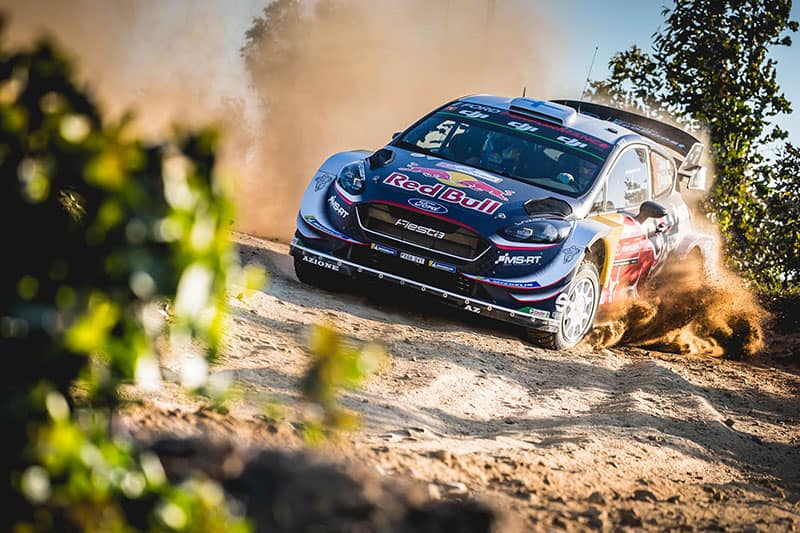 Teemu Suninen was a former winner of the program. Photo: Red Bull

“Pohjanmaa Ralli was big success for us and we took our first victory in the Finnish championship. From there, we went straight to Kuortane for the Future Star assessments. It has been a busy few days but I have enjoyed it very much." Despite his lack of WRC experience, Hokkala is determined to put on a good show on home ground next month. “I must remember that Neste Rally Finland will be my first Junior WRC event, but I have never started a rally without a will to win," he said. "This is really a big dream-come-true for me. It is important to make it to the finish of the rally, but I also want to show my speed to everyone else.”
VIP Exclusive Content
Get full, exclusive access for only $6.55/month.
Subscribe Now
Already have an account? Sign in