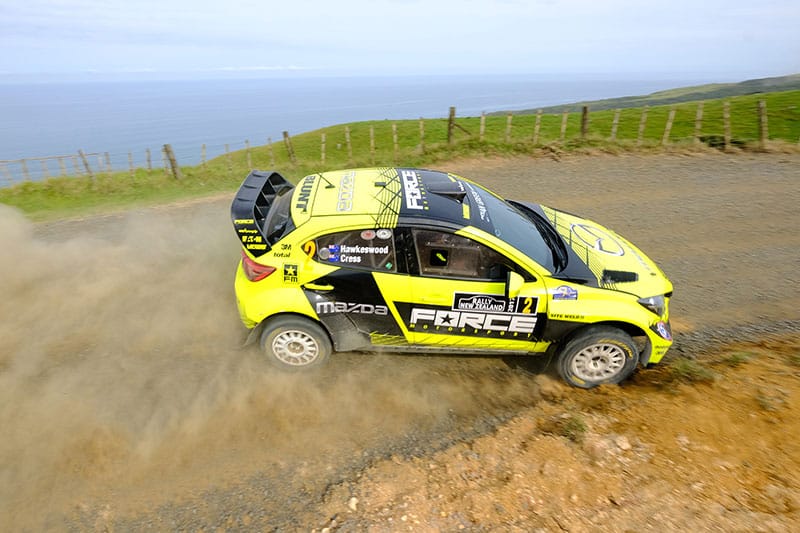 New Zealand-based rally team Force Motorsport will look to recreate history when they take on an international field at the final of the FIA Asia-Pacific Rally Championship, the Longyou Rally in China.

Force Motorsport have sent a two-car line up for father and son drivers, Andrew and Jack Hawkeswood to the winner takes all event, both driving identical Mazda 2 AP4 specification cars. They will be looking to recreate history, the last time Mazda won the prestigious series was in 1989 with Kiwi driver Rod Millen at the wheel of a 323.

Force Motorsport have been heavily involved with the development of AP4 cars that have won multiple championships in both New Zealand and Australia, with the team having supplied cars not only to both sides of the Tasman but also Indonesia and the USA.

A revamp of the APRC has seen seven qualifying rounds with a winner takes all final event that will alternate between the Asia and Pacific regions, starting with China in 2019.

Seven cars will contest the final, including the two Force cars, a local Chinese entry in a Subaru and two two-wheel drive and two four-wheel drive cars from Japanese tuning house Cusco, including fellow Kiwi driver Mike Young, expected to be the strongest competition for the Force pair.

Both Andrew and Jack have secured good results in the qualifying rounds, 18-year old Jack taking a third and a fifth with father Andrew, the 2017 New Zealand Rally Champion, taking a second and a third.

While this is Andrew’s second APRC campaign, neither he nor Jack have competed in China previously and are expecting tricky conditions to greet them.

“Obviously it’s going to be a tricky rally, but we’re going and we’ve got a really good shot of one of us taking out the title,” says Andrew Hawkeswood.

“For me, to be able to compete abroad in a two-car team with my son is something pretty special, plus we’ve done a lot of work to get the AP4 concept up and running so if one of us could take the title it would really be fantastic.

“It won’t be easy though, we’ve come up against the Cusco guys before and they run a good operation. There will be plenty of challenges, but I’m confident we’re up for them.”

The Chinese Longyou Rally is the final round of the FIA Asia-Pacific Rally Championship. Held from 25-27 October, the event sees 220km of special stages, at the end of which the APRC champion will be crowned.