No less than four drivers can take the lead of the West Australian Rally Championship as the battle intensifies ahead of this weekend’s Karri Rally.

Former Australian Rally Champion co-driver turned driver, Ben Searcy, is leading the series in his Mitsubishi Lancer Evo IX, but he is well within striking distance of his three nearest rivals as the championship meets its halfway point.

This weekend’s Karri Rally, based at Manjimup, gives competitors from all over the state the chance to test themselves on some of the toughest roads that the state has to offer.

In just under 100 competitive kilometres, there are brand new twisty roads as well as some fast sections to test the bravery of drivers.

Clerk of Course, Neil Threthowen, is aware that his course could catch some competitors out.

“We’re using some new roads this year which are far more twisty than previous years and will slow the speeds, but make it more technical,” Threthowen says.

It points to the roads being more suited to the nimble Skoda Fabia R5 of John O’Dowd, but there is also some of the typical Manjimup stages that the Karri Rally is known for. 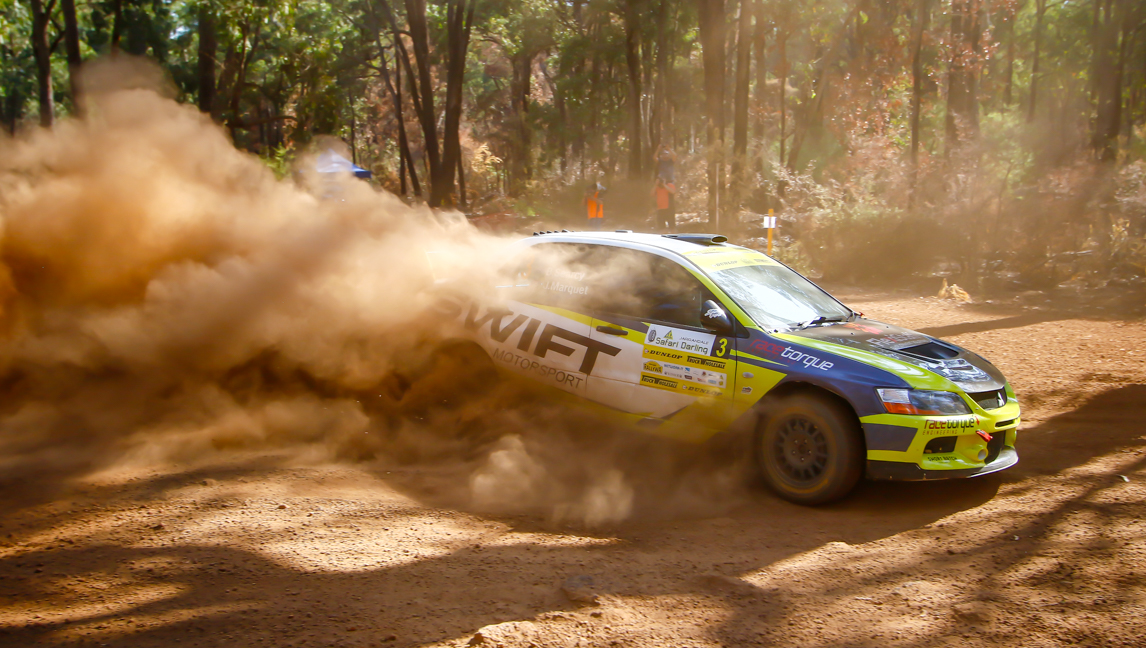 Ben Searcy leads the championship ahead of the Karri Rally. Photo: Tim Allott

“There’s still a few open road sections where speed will matter and other sections where drivers will need to exercise caution and avoid the temptation to over-extend themselves or their cars,” Threthowen continued.

“There’s one large pool of water that will take some skill to get through that’s likely to catch the unweary – fortune will favour the brave.”

There are just 68 points separating the top four in the championship, but with 80 points on offer for the win this weekend, there is every chance the title could be turned on its head.

Searcy leads O’Dowd in the race for the championship.

The pair are closely followed by Jack Flanagan and Craig Rando who are both contesting the series in Subarus.

In the two-wheel drive category, six drivers are in with a shot of the championship lead, and with returning youngster Max McRae continuing to gain experience and pace in his Ford Fiesta Rally4, the battle at the front of this category will be just as hard fought.

Mark Travers leads the category with 179 points, but he has plenty of competition.

With no spectator points for this rally, spectators are instead welcome to get up close to the cars at the service park at Manjimup Oval on Rutherford Street from 2.30pm.

Two rounds remain for the West Australian Rally Championship after the running of the Karri Rally.