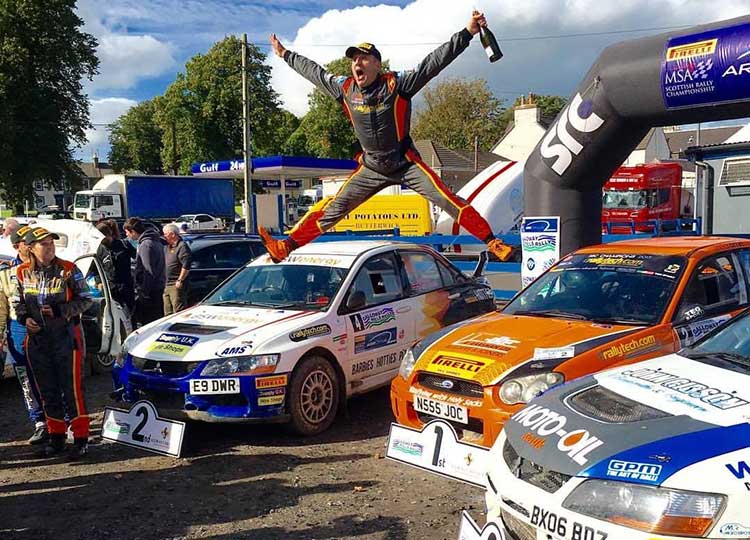 A former Scottish Rally Champion has had his competition licence suspended for six months and has been ordered to pay up to £1000 after “mooning” a friend on a rally stage.

Jock Armstrong was marshalling on an event when “he bared his buttocks to an oncoming rally competitor” in August.

The UK’s Motor Sports Council acted strongly, a decision that has been widely criticised by those within UK rallying.

While Armstrong’s act was not in a public area, and was aimed at a friend of his, it was photographed and placed on social media as a private joke.

“The Court views this type of behaviour as highly detrimental to the interests of motorsport and regards it as creating a real risk of danger. It cannot be excused,” the Motor Sports Council said.

Leading the chorus against the decision has been leading UK rallying identity Colin Clark.

“In my opinion, it’s high handed in the extreme and sets the bar ridiculously high for proper, serious infringements of the rules,” Clark said on his Facebook page.

“There is a justifiable argument that in the current climate this kind of behaviour is unacceptable from someone performing marshalling duties. But surely a slap across the wrists and a warning about future behaviour would have sufficed?

“It’ll be interesting to see how long the ban is for the next guy who might get caught taking Class A drugs for example.”

FOOTNOTE: It seems the rallying public disagree with the decision, as you can see by the posts on our Facebook page.

Jock Armstrong’s ‘mooning’ or bum baring was widely reported in the media.