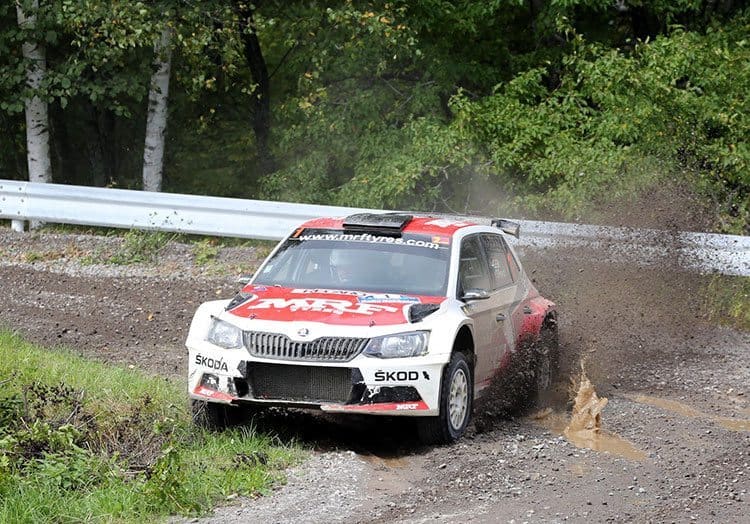 MRF driver Gaurav Gill has taken a commanding lead in the APRC Rally of  Hokkaido after a drama filled day that saw four of his main rivals retire in one stage.

Gill’s MRF team-mate Ole Christian Veiby had been  leading the championship points, however on stage 3 the Norwegian driver went off road and into retirement.

On the same stage Finland Jari Ketomaa retired after taking a jump too fast and ripping off his sump guard, while 5th placed Mike Young retired the Cusco Toyota Vitz with engine problems.  India’s Sanjay Takale was forced to stop on the stage when he got two punctures in his Mitsubishi Mirage.

“It’s been a great day for us and MRF, we made the perfect tyre choice, conditions were really rough, huge rocks and stones, really fast stages averaging over 125 kilometres an hour, good tyre choice and car

setup really paid off. It will be good to start tomorrow in the lead, we need to finish the rally to be on top,” said Gill at evening service.

In second place is Japan’s Yuya Sumiyama driving the Cusco Skoda R5 and third is Swedish driver Robert Blomberg in an AP4 Mitsubishi Mirage. Veiby is expected to restart tomorrow.