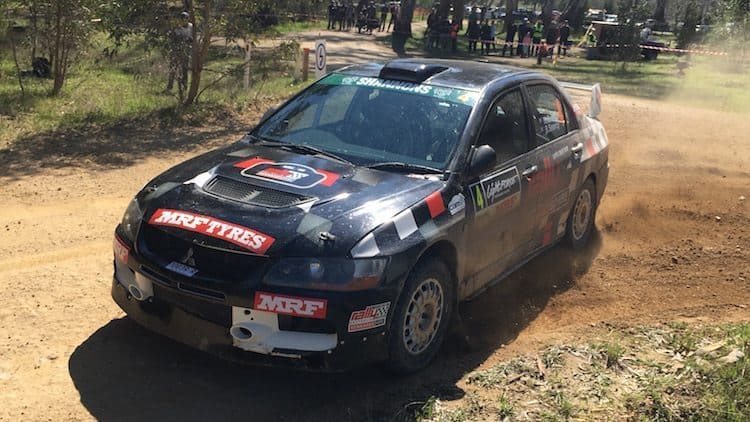 Nathan Quinn and Ben Searcy on their way to winning Lightforce Rally SA.

Nathan Quinn has broken through to win an Australian Rally Championship Round for the first time.

After winning heat one at Lightforce Rally SA yesterday, Quinn, driving a Mitsubishi Lancer Evo IX, completing the event with a clean sweep of heat wins.

The win came in fine fashion for the Coffs Harbour driver, and helps to propel him back into serious championship contention.

Subaru’s Molly Taylor finished 46 seconds behind Quinn over the day’s stages, but a consistent run maintains the championship lead she inherited from Harry Bates yesterday.

Craig Brooks again finished in third position, locking out the podium in the same formation as it was on Saturday.

Harry Bates could only manage one of today’s stages, after a similar electrical drama stopped his charge in it’s tracks.

Though showing strong split times on the first stage, the Toyota Yaris AP4 developed another misfire, and the crew would not take any further part.

This puts his championship push in huge doubt, as he is over 60 points behind leader Taylor.

Irishman Frank Kelly comfortably won the classics section driving his powerful Ford Escort, showing the type of driving he is famous for.

Declan Dwyer drove his Mitsubishi Lancer Evo VI to a comfortable win in the state championship, finishing over two minutes ahead of his nearest challenger. 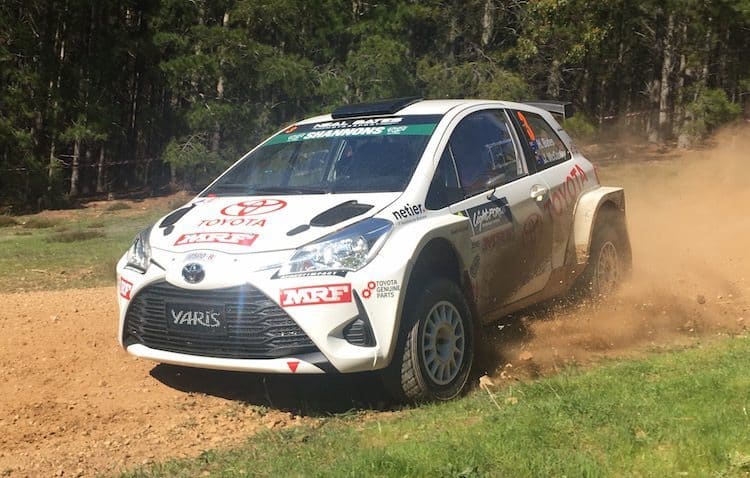 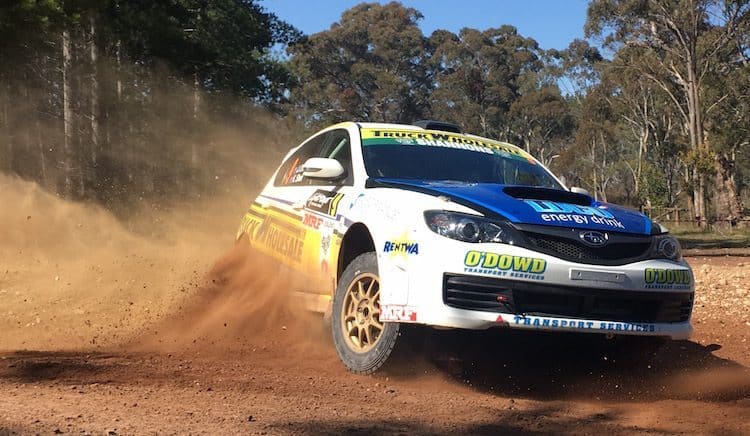 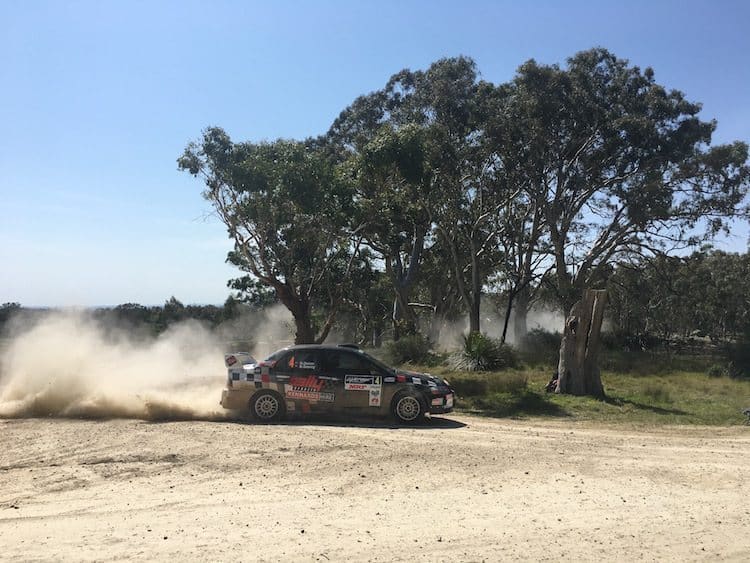 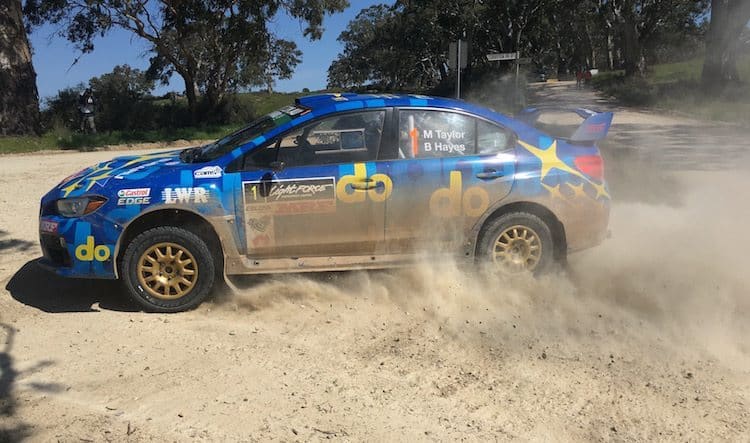 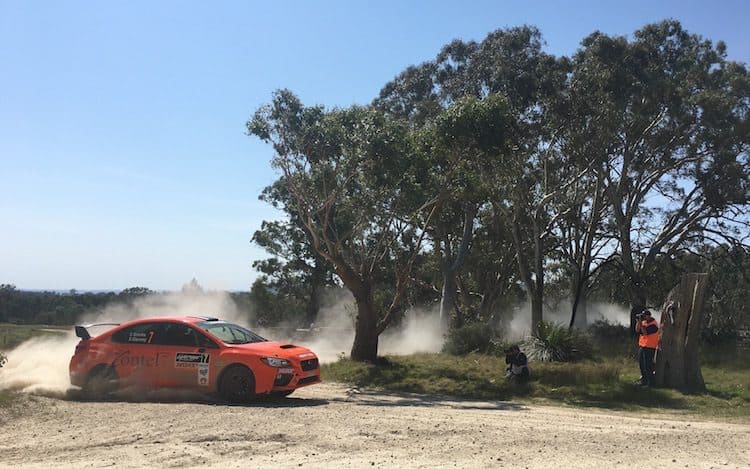