Glenn Macneall: guiding the next generation

August will be a busy month for Australian co-driver Glenn Macneall as he travels to Europe and Asia to guide current and up-and-coming rally champions.

What does it take to be a fierce rallysport competitor? Good genes it seems!

Glenn Macneall (r) with current APRC driver, Gaurav Gill.Two-time Asia Pacific Co-driver of the Year, Glenn Macneall, has been guiding the way for some of the world’s best rally drivers for more than 20 years. He first competed as a teenager in Western Australia, encouraged by his father Peter Macneall, a successful co-driver in the 1970s and 1980s.

Rallying has enormous inter-generational appeal, and Glenn is one of many exponents who have followed the family tradition.

In Australia, two of the sport’s most recognisable names – Bates and Taylor – lead the legacy. Harry Bates, son of Neal Bates, and Molly Taylor, daughter of Coral Taylor, have each launched rally careers inspired by their parents who, together, won four Australian Rally Championship titles.

Japan is also giving rise to a new generation of rallysport competitors, among them Hiroki Arai, son of the legendary driver Toshi Arai.

Glenn has a long standing bond with the Arai family, having contested the World Rally Championship with Toshi in 2001 for the iconic factory-based Subaru World Rally Team, and later in 2008 and 2009 for Subaru Team Arai. Their results included a number of top ten finishes, notably 4th at the 2001 Cyprus Rally, 8th at the 2001 Rally of Argentina and 10th at the 2009 Acropolis Rally in Greece.

The promising young driver Hiroki, who celebrates his 21st birthday today, will contest the second major international event of his career next week when he lines up for Rallye Weiz in Austria with the highly experienced Glenn by his side.

The two-day event, which takes place around the town of Weiz on 8-9 August, is a round of the Austrian Rally Championship. It will comprise 16 stages totalling 200km, 95% tarmac and 5% gravel. 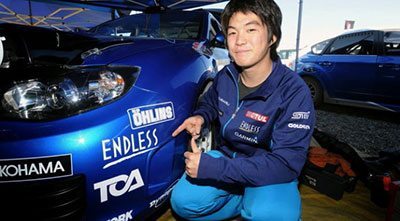 Hiroki Aria will have the experienced Glenn Macneall calling the pacenotes.

Hiroki and Glenn will compete for Stohl Racing – an Austrian based team run by former World Rally Championship driver, Manfred Stohl. Manfred also learnt the craft from his father, Rudi Stohl whose international breakthrough occurred in a Lada at the awe inspiring 1980 Himalayan Rally.

More than three decades on, Hiroki and Glenn will campaign a Stohl-prepared Subaru Impreza in Weiz. They will be up against a strong field of more than 70 teams from seven countries.

“Toshi is an awesome competitor, and it’s no surprise that Hiroki has inherited a skill and passion for rallysport” said Glenn.

“I am very proud to have worked with Toshi, and am honoured that he has trusted me to help mentor and guide his son. Hiroki and I have a great mix of enthusiasm and experience and I’m hopeful that we can put in a good performance for Stohl Racing in Austria.”