The Tasmanian resident local will hold a 0.9 of a second advantage going into the rally’s gravel stages tomorrow.

The Tasmania local said that he is looking forward to the challenge around Launceston on fast and slippery roads.

“We’ve got some more weight out the car and the handling has improved as a result,” Glenney told RallySport Mag. 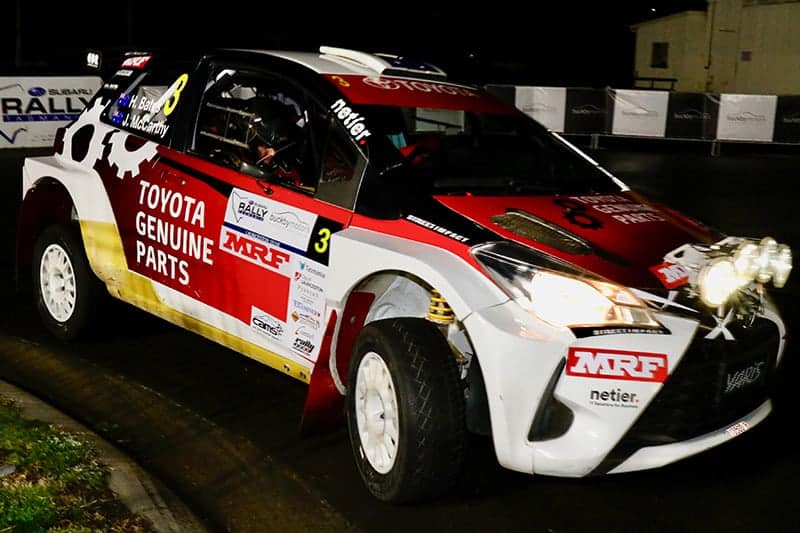 Toyota driver, Harry Bates, completed the stage in second position, nine tenths adrift, with the Canberran no doubt keen to put on a good performance in his chase for a first Australian title.

Eli Evans was a further seven tenths back, third quickest in his Skoda. He admitted the wet roads may play into his hands. "Being first on the road may be an advantage if it rains," he said. With heavy showers throughout Friday, it's looking likely that the stages will still be damp come Saturday morning.

Adrian Coppin and Lewis Bates rounded out the top five. 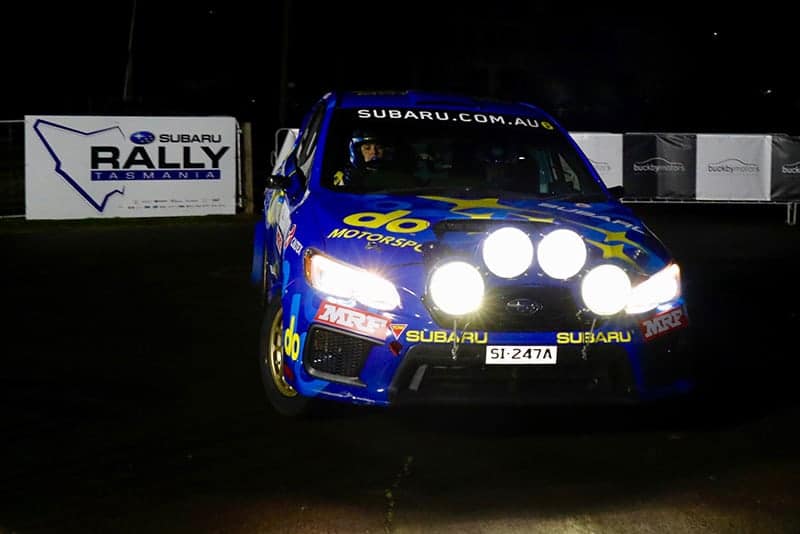 Shakedown took place on Friday morning at the Symmons Plains Raceway with crews tackling the short stage a number of times to get their set-ups right before getting into the stages tomorrow.