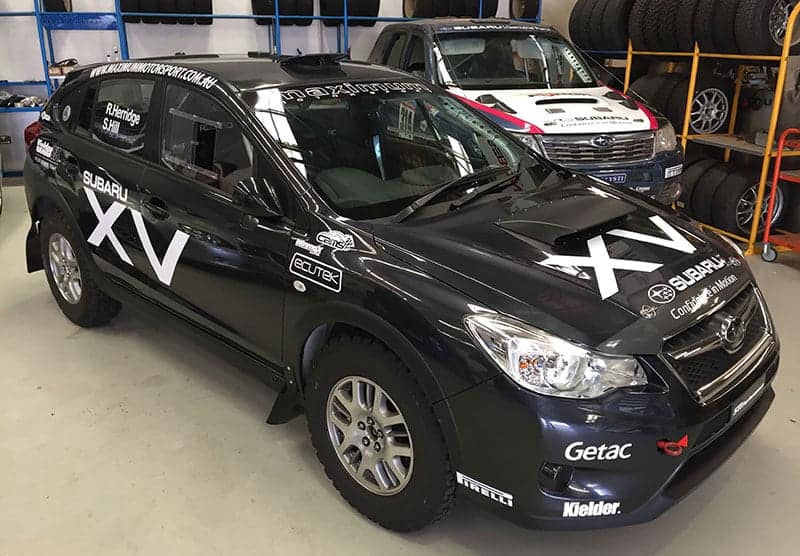 Rob Herridge has taken the wraps off a brand new Subaru XV rally car, as he prepares to contest this weeks Sunraysia Safari.

Developed by Maximum Motorsport in Perth, the brand new Subaru XV replaces the Forester XT Herridge has competed in over the last few years.

“The XV has been sitting in the workshop for a while now”, commented the two-time Australian rally champion as he oversaw final preparations of the car.

“We’ve really taken our time planning what we wanted to do and although the actual build phase has only been a few weeks, there has been a long period of planning. We’ve paid particular attention to ‘packaging’ the extra weight of larger wheels and tyres and the extra fuel loads required.”

Starting with a production Subaru XV, the Maximum Motorsport team has drawn on its years of experience with running Subarus at the highest levels of rallying in Australia.

“It has been quite a short development cycle. That said, we now have decades of experience building rally cars, plus we’ve contested the Australasian Safari four times and the Sunraysia Safari last year. So we have developed an understanding about the specific requirements of these endurance style events.” 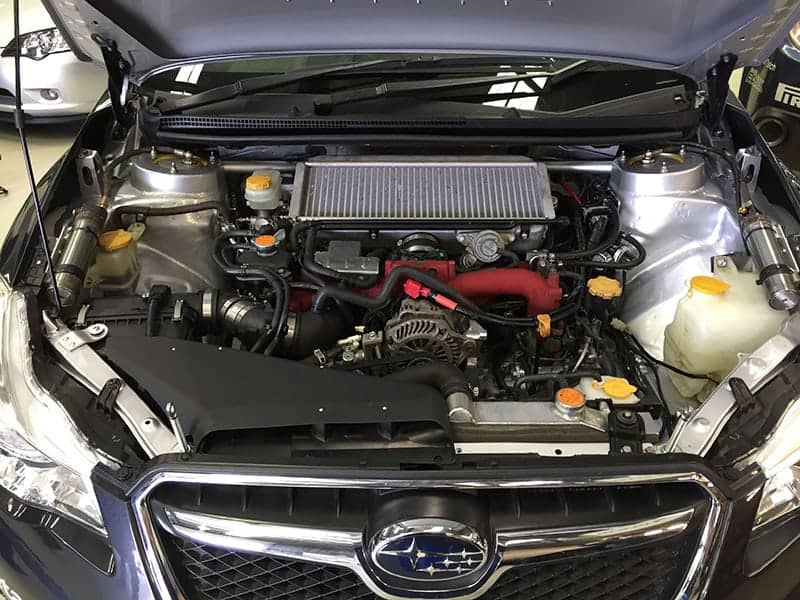 “This car is a combination of standard Subaru XV and components from the WRX STI rally cars we’ve built and run in national and state rally championships.”

“We’ve used as many components from the Subaru family as possible and that has helped us package everything into the car. In fact, things like fitting the Subaru 2.0L turbo engine from the WRX STI into the XV was reasonably straightforward.

“We’ve done some in-house fabrication of components, but not a huge amount.”

While entries in the Australasian and Sunraysia Safaris have typically been dominated by much larger 4WD vehicles, the Subaru Forester proved to be a ‘giant-killer’ in the hands of the experienced Herridge. 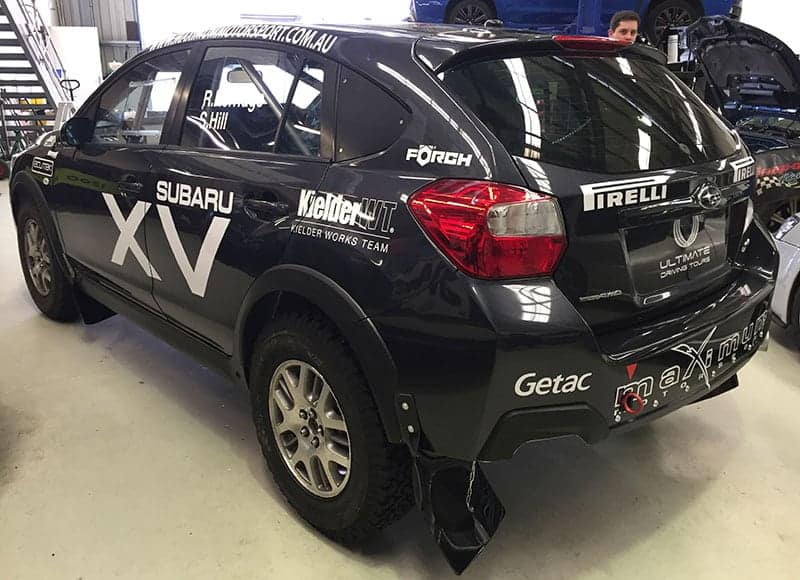 He and the Forester achieved podium and top-5 outright finishes in the Australasian Safari, and held the outright lead in the Sunraysia Safari until engine problems forced them to retire at the end of the penultimate day of last years event.

“The Forester has proven to be a great car and having completed four Australasian Safaris and leading last year’s Sunraysia Safari, it has shown that the Subaru Symmetrical AWD concept is competitive in these harsh conditions.

“We have learnt a lot competing in these type of events and we thought that we could tweak the Subaru AWD idea a bit harder with the XV.”

The Sunraysia Safari begins on Tuesday August 7, and is contested over five days using tracks in and around the Wentworth Shire in outback NSW.