Ben Hunt made it three in a row in Canterbury. Photo: Geoff Ridder

Hunt produced a masterful drive in changing conditions alongside co-driver Tony Rawstorn to win all seven stages that gives him a massive 42-point advantage over Josh Marston in the overall championship standings.

Local driver and last year’s winner Marston (co-driver Andrew Graves) was steady and never looked troubled in taking a second consecutive runner-up finish – one minute and eight seconds behind Hunt – while another Canterbury-based driver Job Quantock and co-driver Grant Marra completed the podium in their Skoda AP4 and were given the Dunlop Drive of the Rally as a result.

Phil Campbell completed a steady drive to secure fourth in his Ford Fiesta AP4 while youngster Jack Hawkeswood continued to impress by finishing fifth on his very first visit to the unique Canterbury event.
Marcus van Klink emulated Hunt’s achievement by winning the overall 2WD category for the third straight time this season as he eased to victory by almost a minute in his Mazda RX8. 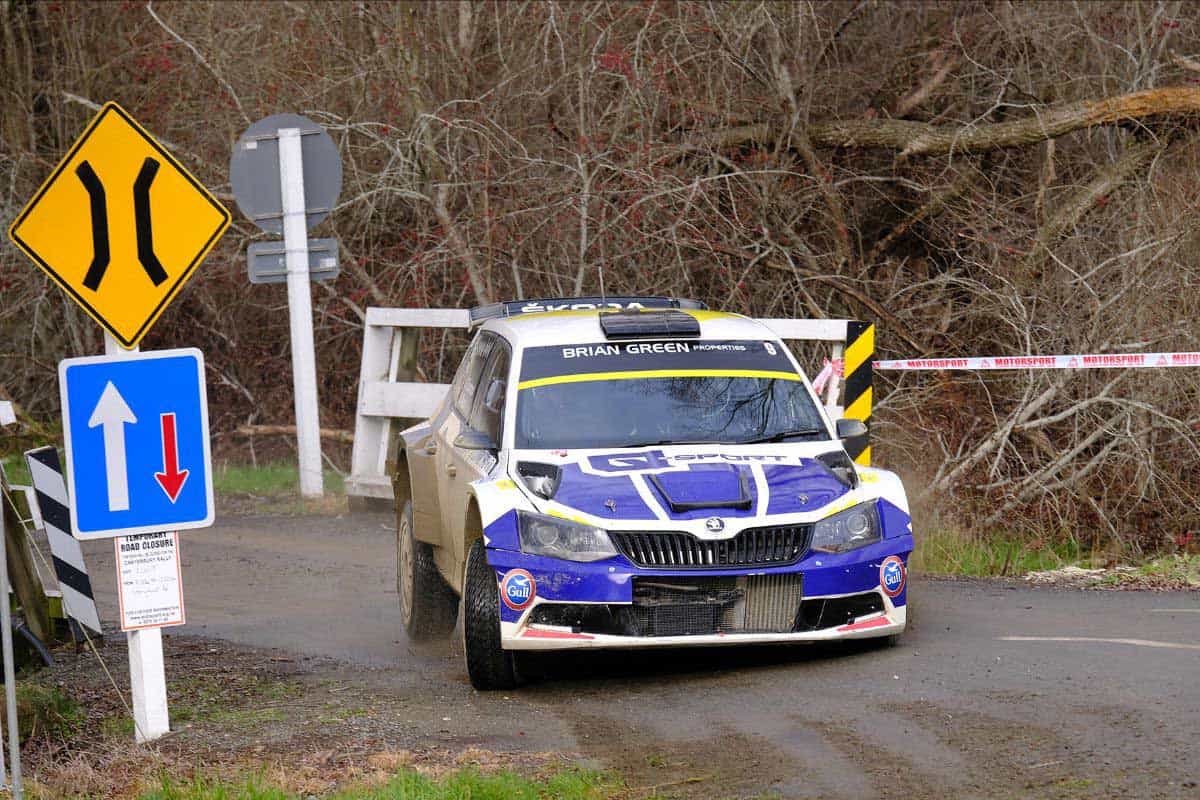 Job Quantock was given Dunlop Drive of the Rally. Photo: Geoff Ridder

Robbie and Amy Stokes produced a superb afternoon fight back to beat Mike Sheehan and Glenn Goldring in the FIA Group N 2WD category having earlier suffered a puncture. The local pair overturned a half minute deficit on the final stage to win. Sheehan was bravely battling a broken thumb all weekend.

Andy Martin and Greg McLeod finished on top in the Gull Rally Challenge 2WD category in their Mazda RX7 ahead of Andrew Gillies and Nathan Pilcher’s Toyota Levin while Daph O’Rourke and Brianna Little were third in the Toyota FXGT.

Matt Wright and Stephen Lloyd edged the Phil Collins/Tracy Sparks entry to take out the Stadium Finance Group A Challenge in a terrific battle. Wayne Muckle and Tania Cresswell were third in their Mitsubishi EVO 3.

The championship heads back to the South Island in three weeks for Rally South Canterbury.