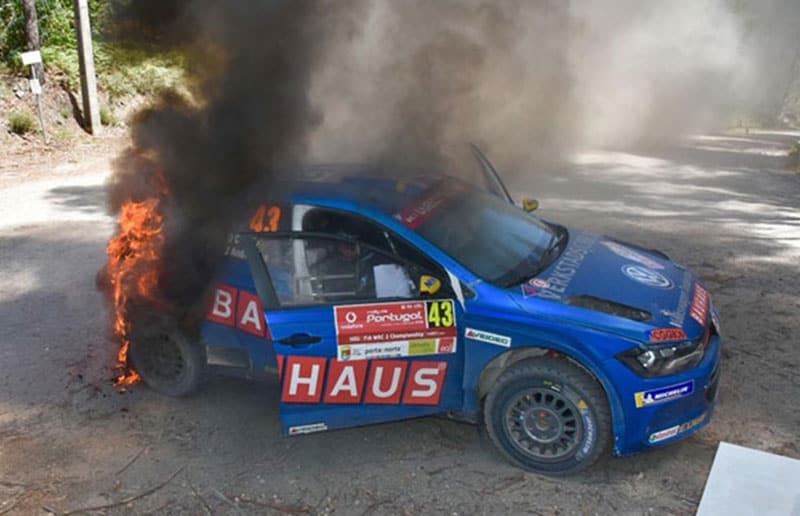 It is reported that five Volkswagen Polo GTI R5s have now been destroyed by fire, three of them in separate instances at the WRC Rally of Portugal.

The car of Pedro Miereles, which blocked the route on the second run through Arganil, was the third Polo R5 to be destroyed by fire, following the fire of Eric Camilli in Corsica and the Daniel Marban in Canarias.

Then on Saturday the car of Ole Christian Veiby was destroyed in stage 10 on Rally Portugal, and in Switzerland at the Rallye du Chablais, the car of Cedric Althaus was also destroyed. 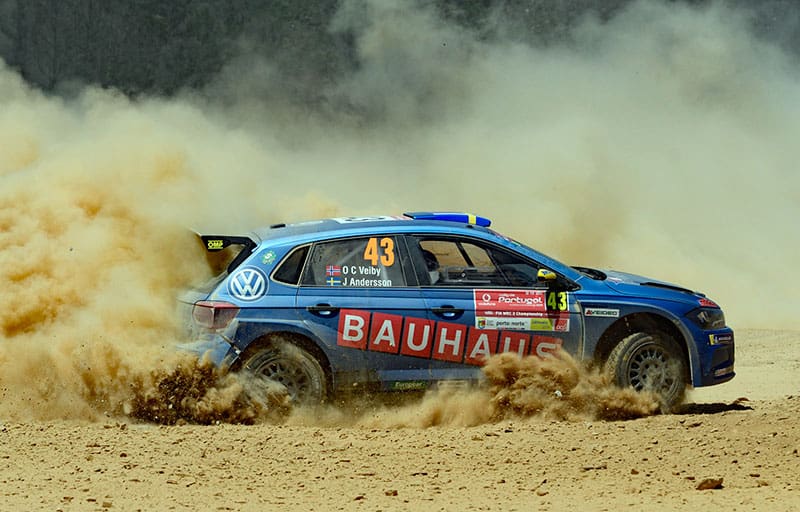 Before and after: Veiby’s Golf R5 went up in smoke in Portugal. 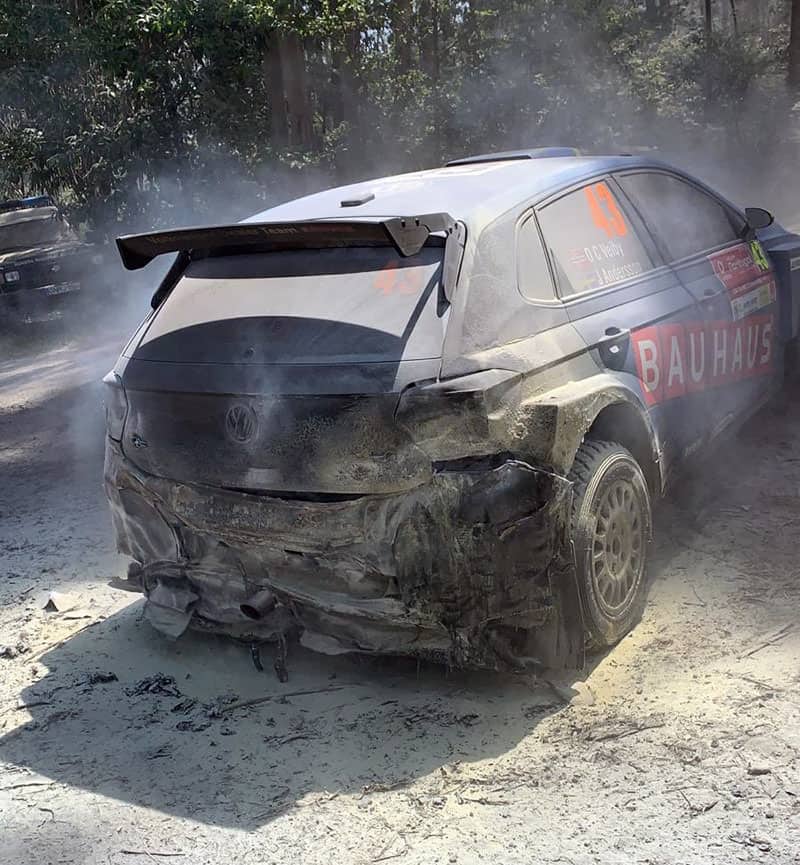 Coincidentally, before the start of Rally Portugal the Spanish RMC Motorsport team was fined Euros 5000 when a plumbed-in fire extinguisher was seen to have an out of date authority label on a Fiesta R5.

We are working flat-out to find the reason why some of our customers cars where hit by fire. We are in close contact to all our customers. The most important thing: All crews are okay! #Polo #GTI #R5