Hyundai prepared for ‘busiest rally of the season’

Hyundai Motorsport will field a four-car entry into next weekend’s Rally de Portugal, the sixth round of the 2018 FIA World Rally Championship (WRC), and second in a run of four consecutive gravel rallies.

Currently leading the manufacturers’ championship with a 15-point advantage over M-Sport Ford, the team will be aiming to continue its competitive start to the season with another fight for the podium positions.

Hayden Paddon returns for his first WRC event since finishing fifth in Rally Sweden back in February, joining Andreas Mikkelsen, Thierry Neuville and Dani Sordo in the Hyundai i20 Coupe WRC.

All four crews have had the opportunity to test prior to the rally, which promises to be another closely fought battle among the WRC manufacturer teams.

In accordance with WRC regulations, only three crews will be eligible for championship points for the Hyundai Motorsport team, with the two highest finishers per team scoring. 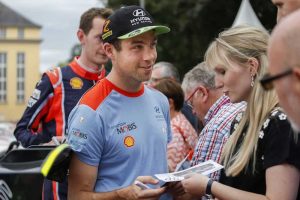 Hayden Paddon will be the third Hyundai eligible for points in Portugal. Photo: Hyundai

The team has already named Mikkelsen, Neuville and Paddon, with Sordo taking control of the fourth car.

The schedule builds towards an exhilarating Power Stage on Sunday morning, the famous Fafe test that offers an electric atmosphere and a thrilling finale to a tricky rally.

Team Principal Michel Nandan commented on the prospect of the event.

“Portugal is set to be our busiest rally of the season in terms of car and team operations. Running four Hyundai i20 Coupe WRCs will require us to be extra focused and diligent. There is no room for error, as we target another strong all-round team performance,” he said.

“We welcome Hayden and Seb back into the team, and are confident that they will make their presence felt on the standings from the outset. All four crews have tested ahead of the event in order to be as prepared as we can for another close battle.”

In addition to its four WRC cars, Hyundai Motorsport will also have WRC2 representation from its HMDP crew Jari Huttunen and Antti Linnaketo. 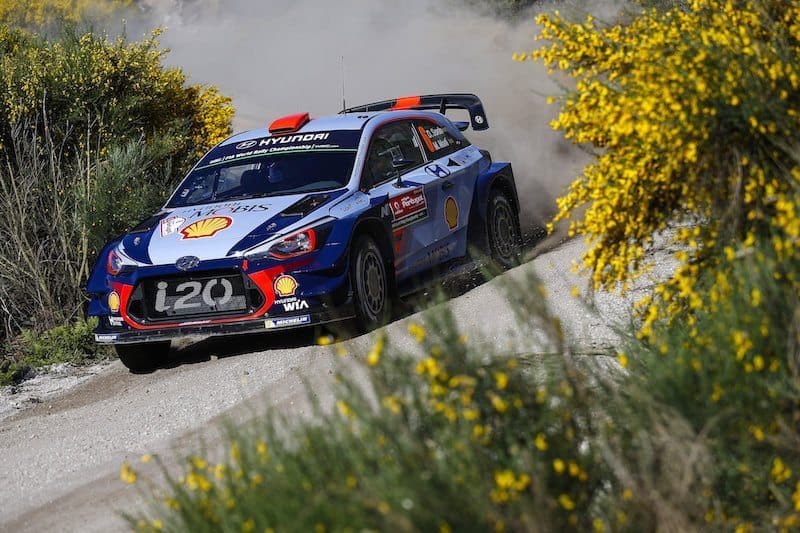 Dani Sordo is coming off a podium position in Argentina. Photo: Hyundai

The Finnish duo will be taking part in their third event of the season after Rally Sweden and Rally Mexico, in which they showed encouraging pace and performance.

They have carried out testing in Portugal to acclimatise to the conditions and the car, so they can hit the ground running next week.

“We have been satisfied with how Jari and Antti approached their first two rallies of the year in Sweden and Mexico. They were two very contrasting events and Portugal will offer a new learning experience for the pair,” Nandan added.

“The first objective is for them to finish the rally, and to gain a full experience of the Portuguese round of the Championship in their Hyundai i20 R5, but then to show some speed against the more established names in WRC2.”

“They are well used to gravel rallies, so we have high hopes for them.”