Observations: the lows of rallying 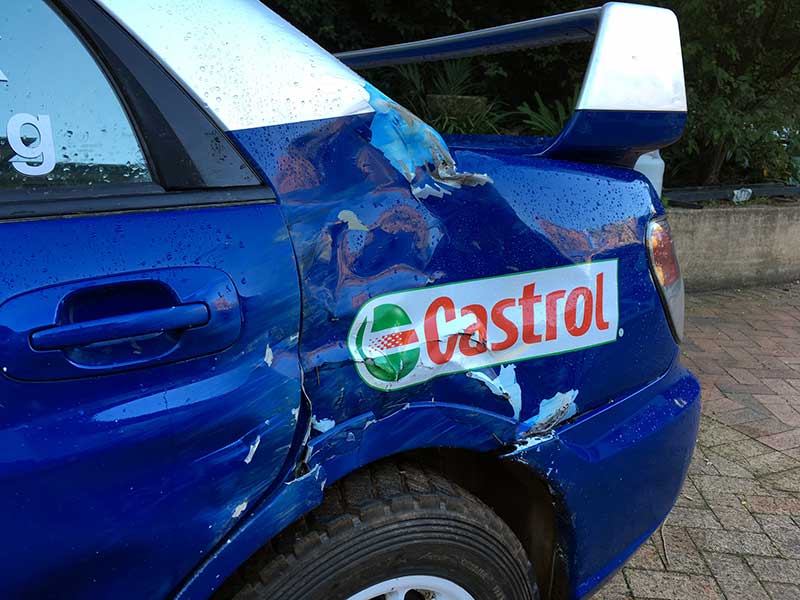 I’m haunted by these words of mine from the first ‘Observations’ article:

“Rallying is very unforgiving. If you let yourself drive right on your limit you WILL NOT finish the rally! Instead, you’ll be waiting for the sweep crew to extract your crumpled pride and joy from the bushes.”

In the interests of journalistic integrity, I proved those words true at the Mitta Mountain Rally, which was round two of the MTA NSW Rally Championship.

The second stage was 37km long and the final 10km were on very slippery, wet clay. I had been enjoying the challenge of controlling the car on that clay. But I went into one super slippery corner a little too hot and slid to the outside of the road.

The back end of the car hit a tree, which pitched us off the side of the road. We dropped off the road about the height of the car, where a second tree was waiting to stop us. 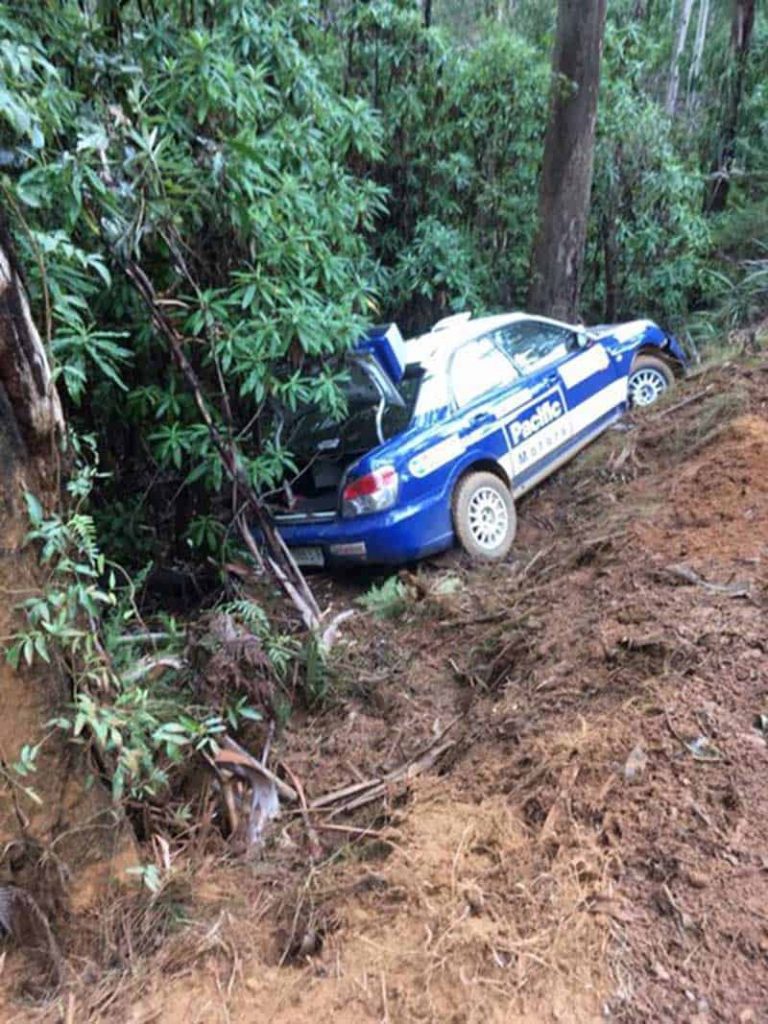 We weren’t going to get the car out again without help, so we had to wait for the sweep crew to extract my crumpled pride and joy from the bushes!

Why didn’t I heed my own advice?

Well, at round one of the championship, when the car was working on all cylinders, we set some times that put us close to the podium. It’s a seductive thought – if I just drive a little faster we’ll be right up there!

With the benefit of 20-20 hindsight, I now realise that before the crash there were signs that I should have picked up on.

My driving was ragged, with a couple of earlier close calls in both stages one and two. If only I’d picked up on those signs and backed it down a little. 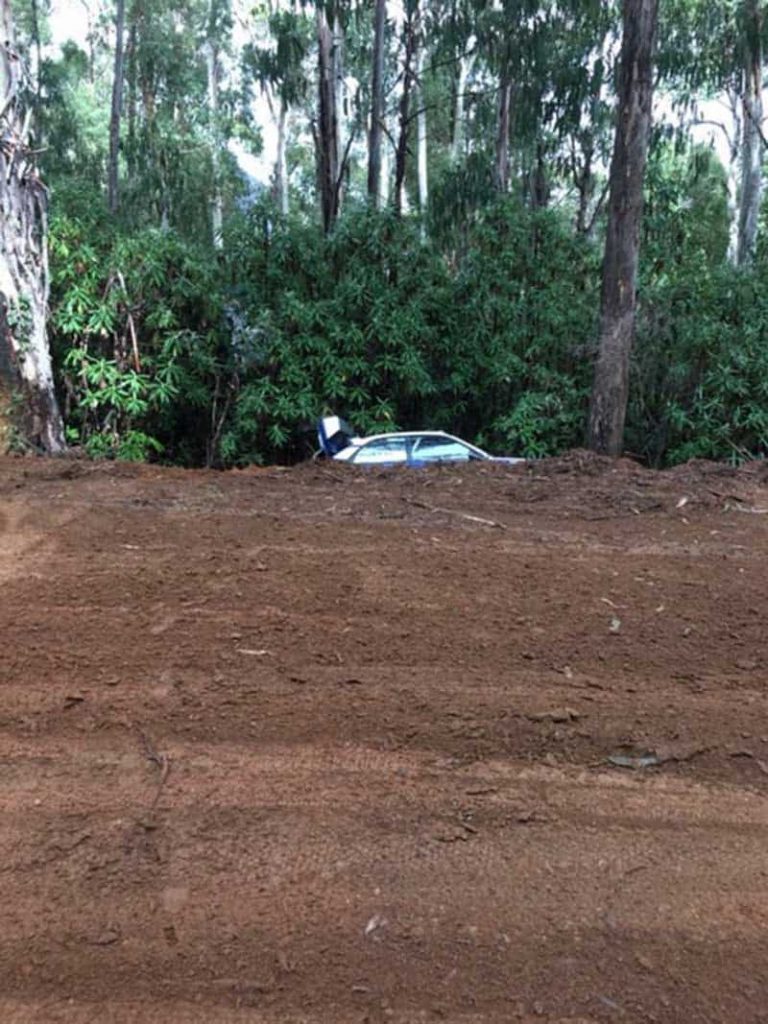 Funnily enough, a rumour had gone around the service park that I’d written off the car. I’m not sure how someone came to this conclusion when all they could see from the road as they blasted past was the car’s roof!

So, it’s time to listen to Monty Python’s “Always Look on the Bright Side of Life”.

I’m happy to report that no one was hurt and the damage to the car is basically cosmetic. The car’s already in a panel shop receiving some loving attention.

We’ll be back at more rallies later this year, but my ego and ambition will have to take a back seat. Rather than trying to “make something happen”, I’ll have to drive within my capabilities and settle for whatever result that brings us.