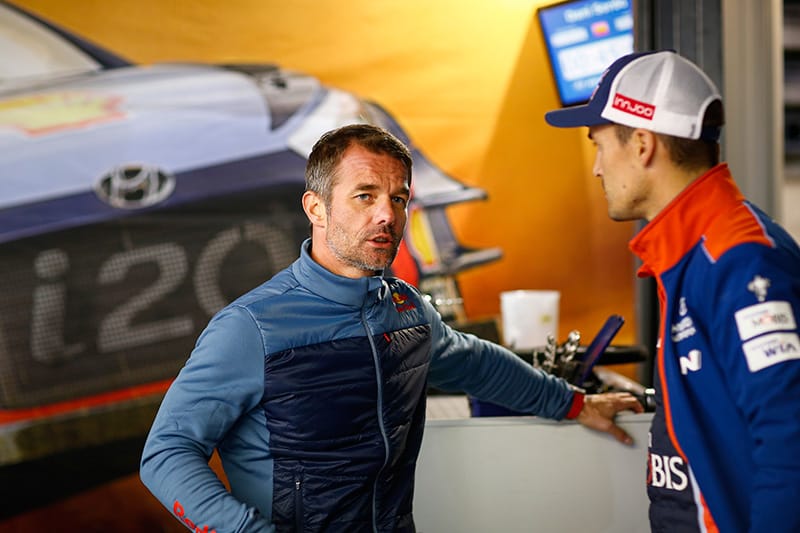 World Rally Championship legend Sébastien Loeb will drive for Hyundai Motorsport for the next two seasons, the Korean manufacturer team has announced.

The 44-year-old Frenchman will tackle six rounds of the 2019 series in a Hyundai i20 World Rally Car alongside co-driver Daniel Elena, with whom he won nine consecutive FIA World Rally Championships between 2004 and 2012.

Confirming media reports this week of his imminent signing, Hyundai said Loeb’s programme would begin on 24-27 January with the season-opening Rallye Monte-Carlo, which he has won a record seven times.

Loeb retired from full-time rally driving after 2012 and switched to the World Touring Car Championship, World Rallycross Championship and the Dakar rally. But it was clear that only his commitment to the heavy demands of a WRC career had waned, not his passion, and a string of occasional return drives climaxed in a sensational victory on Rally Spain in October.

The win sparked heavy speculation about a bigger involvement next season, but with the signing of six-time champion Sébastien Ogier and young Finn Esapekka Lappi to a refreshed 2019 Citroën squad, Loeb was left without a contract with his former team and PSA Group partner Peugeot for the first time in 20 years.

His new role will be to help Hyundai win the manufacturers’ and drivers’ championships, which it has failed to achieve during its current WRC programme, which started in 2014. 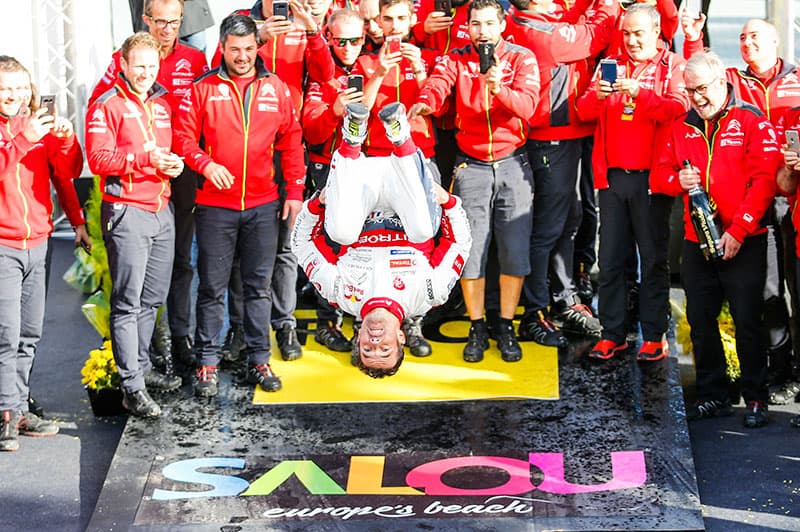 Loeb won on his WRC return in Spain in October.

Current drivers Thierry Neuville, Andreas Mikkelsen and Dani Sordo are set to continue with the team, which said it also was continuing negotiations about the future of New Zealander Hayden Paddon.

“Winning at Rally de España this season reignited my desire to continue competing at the very front of WRC. Joining Hyundai will give us a fresh challenge and one that I can’t wait to tackle,” Loeb said.

“I have been impressed with the team’s approach and their determination to succeed. They were firmly in the title fight this season and I feel that I can bring a lot to them, together with Thierry, Andreas and Dani.”

Thank you @SebastienLoeb and @DanosElena for sharing our passion and for giving us so many emotions! It’s been a memorable 17 years! See you next year 😉#WRC pic.twitter.com/XI7ezXZNtg

“Sealing a deal with someone of his immense talent and calibre shows that we are an attractive and competitive proposition in the FIA World Rally Championship,” Nandan said.

“Ultimately, our goal is to win the WRC title. We believe we have the package to achieve that and our composition of crews for 2019 will perfectly reflect that ambition.”

Hyundai’s news leaves only the Ford-backed M-Sport team without an announced plan for 2019, after two title-winning seasons with Ogier.

Finnish junior Teemu Suninen will remain with the team, but a replacement for Ogier and the fate of 2018 driver Elfyn Evans have not been revealed.

Toyota has announced it will again enter Ott Tänak and Jari-Matti Latvala and has replaced the departing Lappi with Northern Irishman Kris Meeke, who was dropped by Citroën earlier this year after a string of crashes.

Four-warned: ARC tally could end at four for Eli Evans