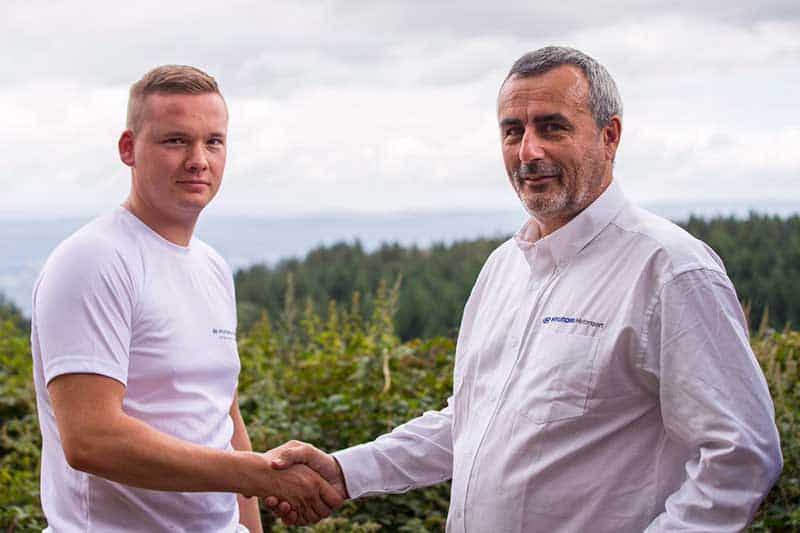 Hyundai’s latest young driver search ended well for Jari Huttunen, with a programme of R5 drives to come in 2018.

Team Manager Alain Penasse gave an insight into what was involved.

“In the beginning we selected 17 young talented drivers. After preliminary interviews, eight were invited to a three day test on tarmac and on gravel in the south of France.

“We had the chance to talk more, see their skills behind the steering wheel, to have more idea about their technical knowledge and also how they deal with stress and different situations.

“There were three really strong candidates. We left it another week to decide among these three, but we felt that Jari Huttunen had the most space to develop himself and we chose him.

“We had already been watching the WRC2, Juniors and also national championships. For sure we already knew from each driver what he is capable of, but sometimes we had some real surprises, like when Huttunen went out in the Hyundai R5. He said this was his first time he drove an R5 car and then you see the guy in pouring rain managing to do a very impressive time.

“We have not decided which events he will enter in 2018 and the car will be run by a satellite team. He will do some development testing with the R5 car, and for sure we’ll select seven or eight rallies in WRC2. where he will compete in.

“We have a massive test programme also for him, about 20 days, so we want him to be well prepared for each rally. And for sure we want to develop him as the next WRC star, and be on a level where we can decide if he can make a step further.”