The OzRally Pro pairing of Rhianon and Alex Gelsomino have finished the 100Acre Wood Rally in the United States in first and second places with their drivers, Travis Pastrana and Ken Block. This is their ‘from the co-driver’s seat’ reports from the rally. 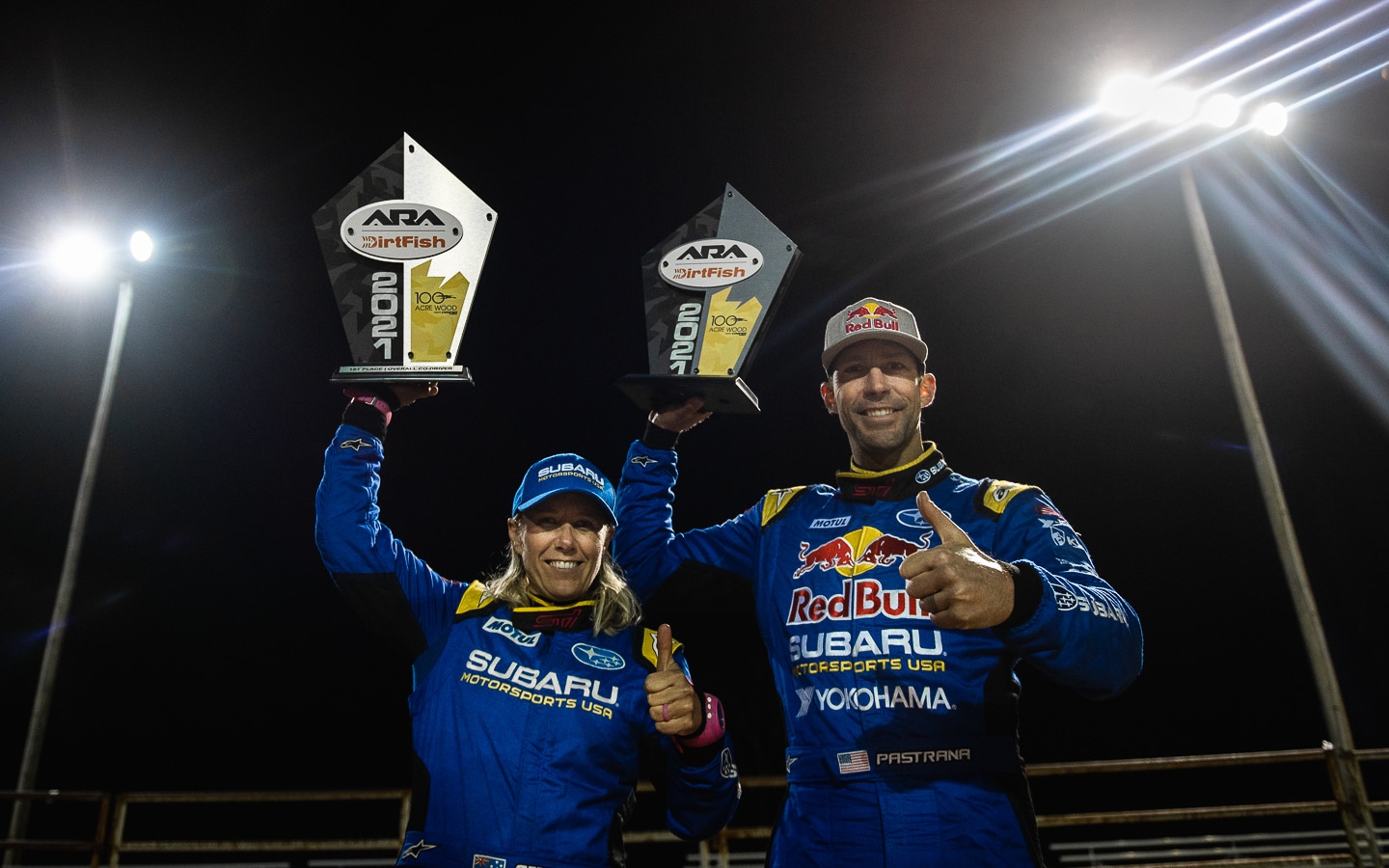 Travis and I went into the 100Acre Wood Rally with the championship lead and a goal to finish the event on top of the podium. This was an event Travis had only won once before and had a series of DNFs.

We started the week with a small test on Wednesday on a farmer’s property, after our test road had been canceled due to road works. The farmer was able to provide us with his driveway, 0.9 miles/1.4km in and then back, and another farm road of 0.8miles/1.2km in and back.

Not the ideal situation, but the farmer was very accommodating and it reminded me of my family in Australia. We did just over 20miles/32km of testing in the morning, which was pouring rain much of the time and decided we had achieved all we could for the day.

The following day recce was open from 7am – 7pm. A very long day on the road, leaving our hotel at 6am, but this allowed Travis and I to do 3 passes on all 7 stages. It left us with a great feeling.

The third stage was won by McKenna and Leon. Crazy to think after three stages, we had three different stage winners. A repeat of the first three stages and we finished day 1 in second place behind McKenna by 12sec. Semenuk and Hall were 3rd and Block and Alex 4th.

Travis and I went back to the hotel and revised all day two stages, knowing homework was going to be important to win this event. Ken won the first stage of the day and McKenna took the next stage win.

We cut a tyre on both of these stages and were busy doing tyre changes on the transit sections. Lucky only one of the tyres had gone down to 15psi and the other had stayed up.

Stage 9 was full of drama. Travis and I took the stage 9 win and the lead of the rally, after McKenna had to change a puncture in the stage. We returned to service knowing we now only had five stages remaining and a good lead in the event.

Stage 10 and 11 were extremely challenging and rough and we did some damage to the car pushing through these stages. When we returned to service we had a one minute lead, but our service crew had a busy 45min ahead, preparing our car to once again head out on these same rough and wet stages.

Knowing we had a strong lead we backed off through stage 12, loosing over 20sec to Ken and Alex. But we knew this meant we still had a solid lead with only 15miles/24km remaining.

Stage 13 and 14 were smoother stages and we were able to push more through these two and finish the event with a 29sec lead over Ken and Alex. An incredible feeling to win our second event in a row and have a solid lead in the 2021 ARA championship.

Thanks to Travis and my team for another top event. Next up is the Olympus Rally in one months’ time. Alex and I will be busy with more OzRallyPro trainings in this time. 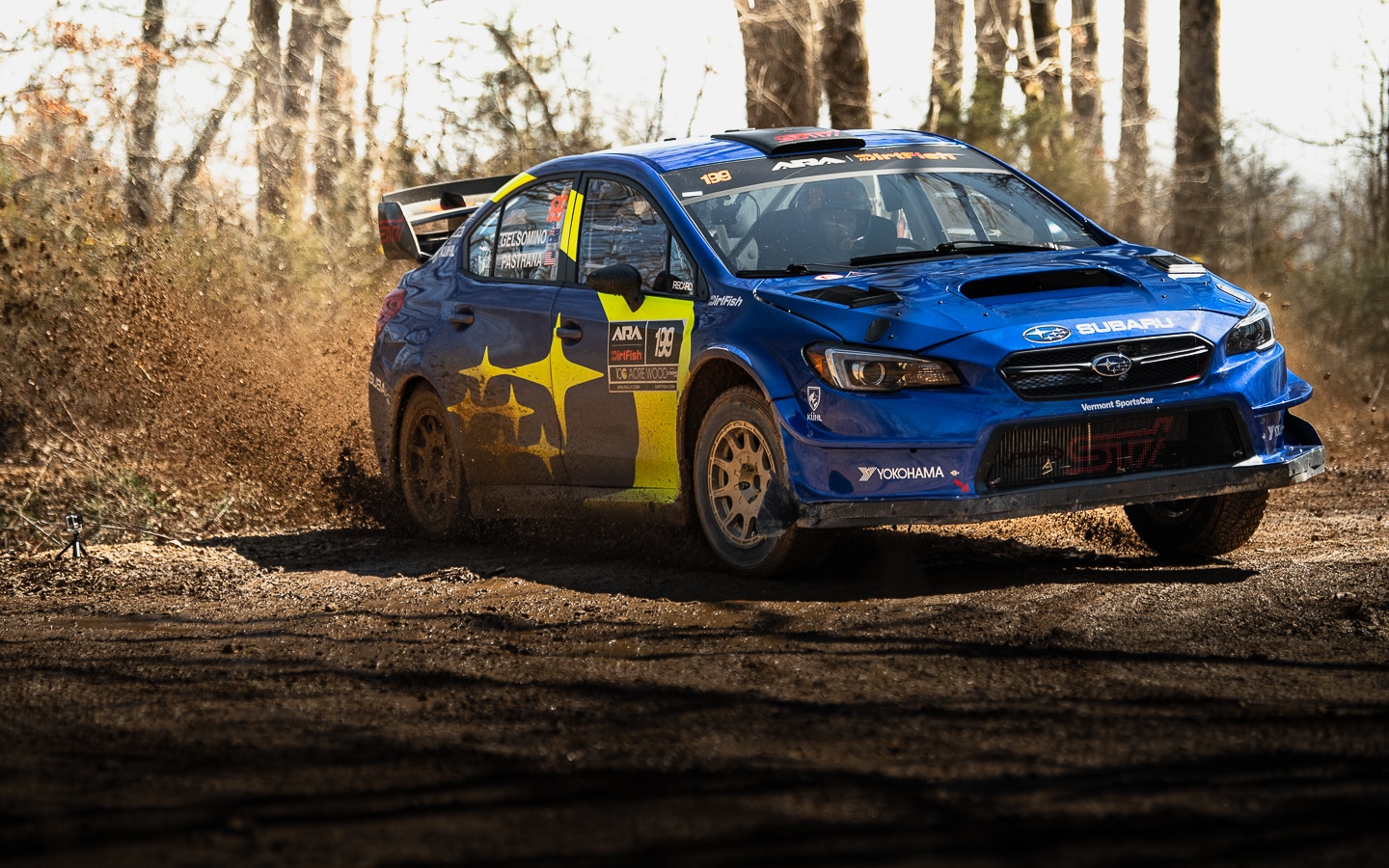 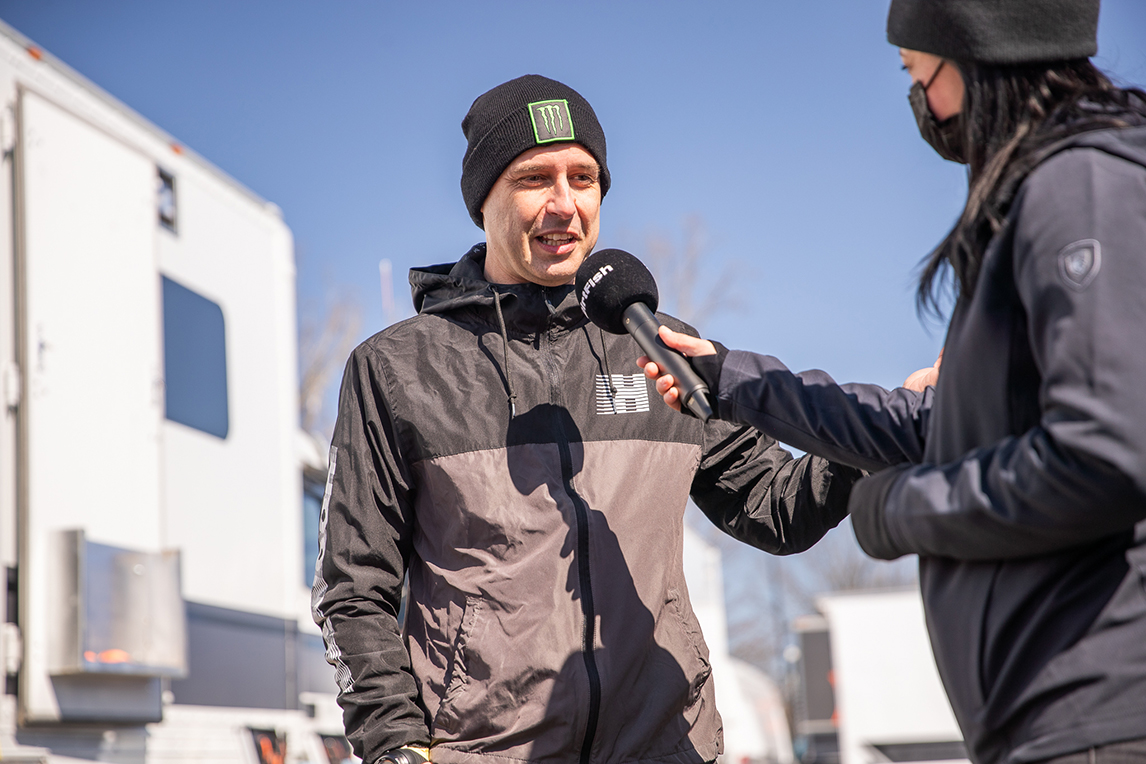 It was awesome to be back in Missouri for the 100Acre Wood Rally. It’s one event where Ken and I have enjoyed very good results.

Our week started in New York, testing the new (for us) Skoda Fabia R5+ by McKenna Motorsport and it was definitely a very different setup than what we have used in the last couple years.

The majority of our rallying has been done in Ken’s famous Ford Escort Cosworth “CossieV2”, aside from last year in Barbados where we used a brand new Ford Fiesta R5 to win the event, which was on tarmac.So we had to quickly get used to a new car, new team and be back on gravel – all that while trying to win a rally we have won seven times prior to this year.

The work done on the test was good, but a subsequent test we had planned on Wednesday was cut very short when the organizer had to deal with some unhappy locals near the road we used.

So, we started the event knowing we weren’t completely familiar with the car and had not finished the setup work we were planning to do on the pre-event test.

We won SS1, but from there on, the car developed a problem in the rear diff, which left us with more of a front wheel drive car for parts of day 1 stages.

We finished day one in 4th place and our team went on to fix the issue with the diff overnight.

We started the second day strong again, winning the first stage and crawling back into second place, but we collected a couple of punctures which cost us good time.

Our opponents also dealt with issues, due to the rough nature of the stages.

We started the last loop of stages with a 1 minute deficit to Travis and Rhianon and cut it down to 30 seconds, but ultimately ran out of miles to attempt to catch them at the end.

Second overall at the end is a good result, considering the issue we had to deal with. But when you go to a rally that you have won many times and you don’t finish on top of the podium, it’s always a feeling of disappointment.

Big thanks to the team for their hard work and to the marshals for a well organized event with some proper challenging stages.

Hopefully we can continue with our campaign in USA this year. I know Ken has a busy year planned ahead and very important announcements coming up soon. 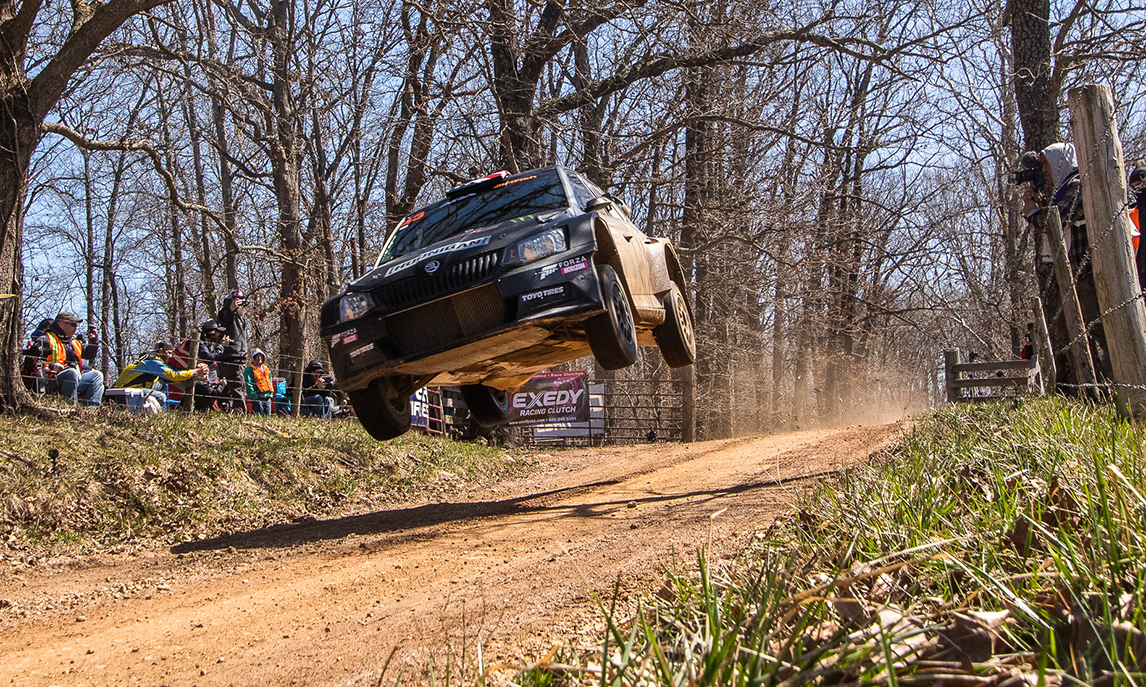