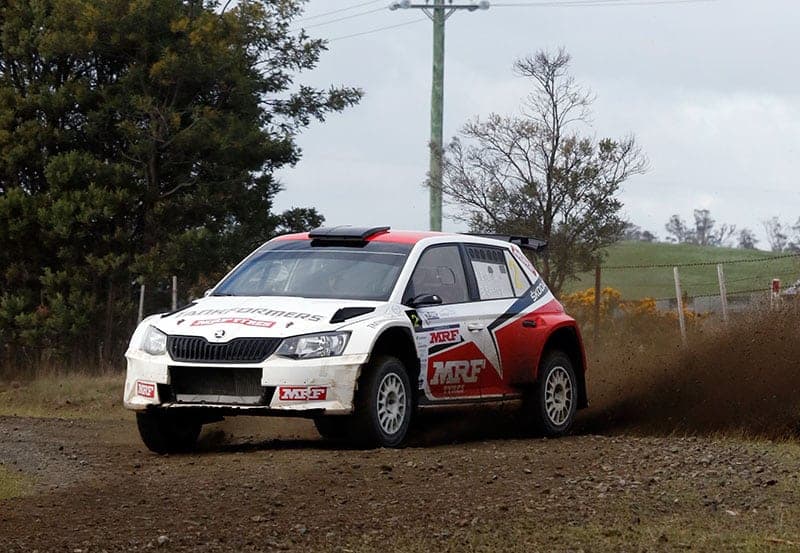 “Eli Evans and Ben Searcy were declared the official winners of Subaru Rally Tasmania after Stewards found that the assistance they received during a Special Stage in Sunday’s heat was within the CAMS Australian Rally Championship Regulations.

On Special Stage 12 South Retreat 1, Evans and Searcy overshot a corner, left the road and were unable to start their Skoda Fabia R5. At this point, they were towed back onto the road by an event official and went on to complete the stage, losing approximately five minutes.

Evans and Searcy were issued with an infringement notice by the Clerk of Course of Subaru Rally Tasmania at the end of the day’s heat. The Tankformers’ crew had been ruled to have received assistance outside of the CAMS Australian Rally Championship Sporting and Technical Regulations which state:

13. (g) During a Special Stage, assistance (except from another Crew competing on that stage) is forbidden. A breach of this rule shall result in the automobile being excluded from the event by the Stewards upon the proposal of the Clerk of the Course. Such decision may only be announced at the end of a Section.

The infringement notice issued a penalty of exclusion from the stage, which relegated them to third outright for the event.

Upon receiving the infringement notice, Evans and Searcy exercised their right to a Stewards Hearing, which took place immediately after the provisional podium ceremony.

The decision to proceed with the podium ceremony on the provisional results was taken to satisfy event partner agreements and to allow competitors and event officials to make their post event travel commitments.

Following the hearing, a panel of three Stewards found the assistance the team received was within the CAMS ARC Regulations, which state:

16.2(c) It is forbidden, under pain of exclusion, to tow or transport an automobile, or to have it pushed, except to bring it directly back onto the road, or to immediately clear the road to ensure safe passage of other road users.

As a result, Evans and Searcy were declared winners of the Subaru Rally Tasmania, with Molly Taylor and Malcolm Read in second and Adrian Coppin and Toni Feaver third.”