With Skoda’s World Rally Championship activity having recently been energised by the launch of the company’s Fabia R5 Evo version, it is widely anticipated that the FIA’s bold WRC2 Pro championship will soon attract a lot of more attention.

In addition to Skoda, two of the WRC’s main contestants (M-Sport and Citroen) are already active in the new series. Only Hyundai is not interested, and Toyota are not able to take part, for lack of a homologated R5 car.

The second level WRC series is a long needed second opportunity for drivers seeking professional level competition. Witness Mads Ostberg extending his presence in the WRC with Citroen, and Kalle Rovanpera seeking a new level of success with Skoda.

Another driver for whom WRC2 Pro has provided a welcome opportunity is Poland Łukasz Pieniążek. The deal at M-Sport is that Łukasz shares driving their WRC2 Pro with the team’s protege driver Gus Greensmith. 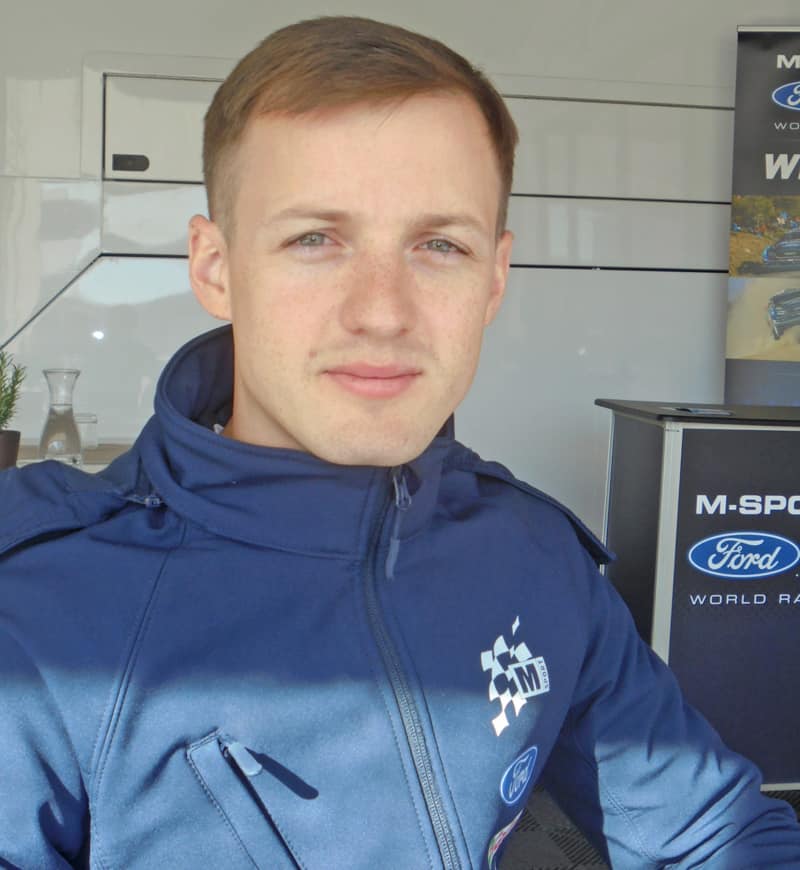 “I have no connections in my family and no rally roots. It was during my college time in Krakow that I met a friend who was really into WRC,” Łukasz told RallySport Magazine.

“His interest affected me and we were soon driving together in amateur rallies.

“Six years ago was my first time in a rally car and things developed step by step. When I started, Sebastien Loeb was my hero. I read his book and decided maybe it’s a good way to follow and try my best in this discipline.

“My first amateur rallies were in a Honda Civic, two-wheel drive of course, and then I won some original Cup in Poland and then I switched to a Peugeot R2, then a Peugeot (208T16) R5 and Skoda Fabia (R5) last year.

“Now I drive a Ford Fiesta R5 with the M-Sport World Rally Team. I know many people at M-Sport’s team in Krakow, but I have not had the chance to work with them and drive together in the rally.

“I would love to go some event in the future with the Polish team because Krakow is my rally home and it would be nice to work with the guys from there.”

Nowadays Łukasz lives in Warsaw , but originally he came from Czestochowa, lying between Warsaw and Krakow, a historical city best known for the famous monastery of Jasna Gora, which is the home of the Black Madonna painting.

This is an international pilgrimage centre, a shrine to the Virgin Mary. 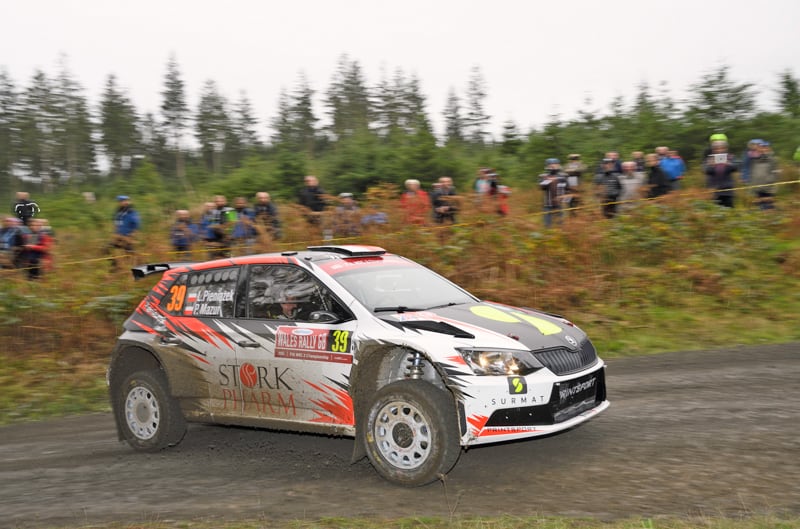 At the end of last year (2018) when it was known that the new WRC2 Pro category was coming, Pieniążek was a privateer who was struggling against the factory supported R5 teams.

“I was actually the top fully private car in the standings. I think we achieved what we could last year as privateers, fifth in WRC2, and this was a good moment to step up.

“We spoke with M-Sport and they were really interested in having us, so that’s why we are here. The longer I’m here the more comfortable I’m feeling. There’s less pressure, event after event you feel less stress.

“That’s good because then you can focus on the driving and on your proper job, so that’s a good thing. WRC is a big challenge for me, I know there is a lot of things I have to learn in the future, but I’m really motivated.

“I have a great team by my side so I need to keep working hard, for sure.”

2019 started well for Łukasz with WRC2 Pro victories in Mexico and Corsica, after having finished fourth in his opening event in Sweden.

M-Sport’s plan is for Łukasz to share the team’s entry, Gus Greensmith concentrating on the longer haul events, and Łukasz on the European rounds. 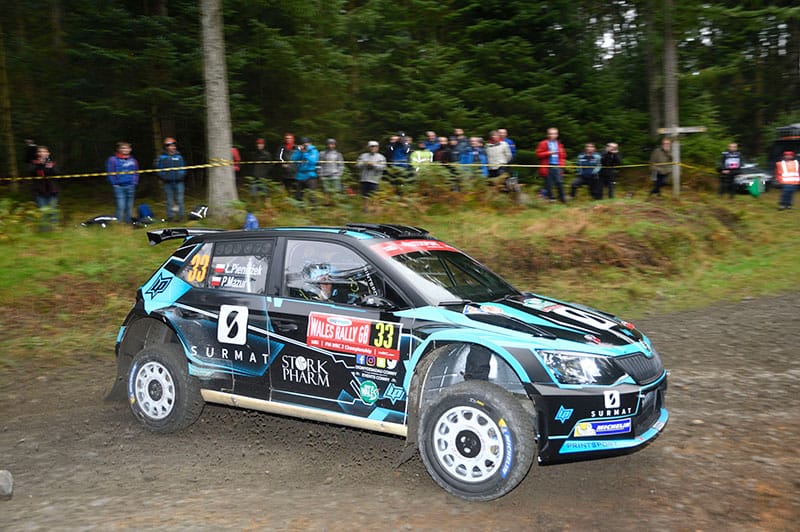 Before switching to Ford, Pieniążek drove a Skoda Fabia, seen here at Rally GB in 2018.

In 2019 Łukasz began a co-operation with the Finnish driver Jouni Ampuja, who had been project manager in Tommi Makinen Racing for the Japanese drivers Takamoto Katsuta and Hiroki Arai.

“He is working with me like a professional coach. He is another pair of eyes who can look at the on-boards on my driving and also look through the stages and give me some ideas.

“That’s good because my time is limited. It is good to have a person who can also analyse what I am doing.”

For Łukasz his ambition is to win every rally.

“World Rally Cars at the moment are too far (away), especially in terms of skill for sure, I need to focus at this time on WRC2 Pro. It is an area where I am developing all the time, learning from the people around me.

“Even if it’s only one step from WRC I know there is still a lot of work for me to do. I keep calm and try to learn as much as possible in R5, and if I am the winner in current category, then I can start to think about top class.”

Earlier, Łukasz spoke about Loeb’s influence on his earlier career, but of the current, top drivers in the world championship, who does he admire the most?

“I admire all of them actually, really, because every one of them has really, really top level skills and every driver there is extremely fast.

“For sure if I have to choose one of them it would now be Sebastien Ogier, because he is the complete top level driver and he has everything a driver needs to win rallies and the championship!”

And finally, for the most important question of all. His name is spelt full of letters which foreign people do not understand at all. How does he pronounce his name?