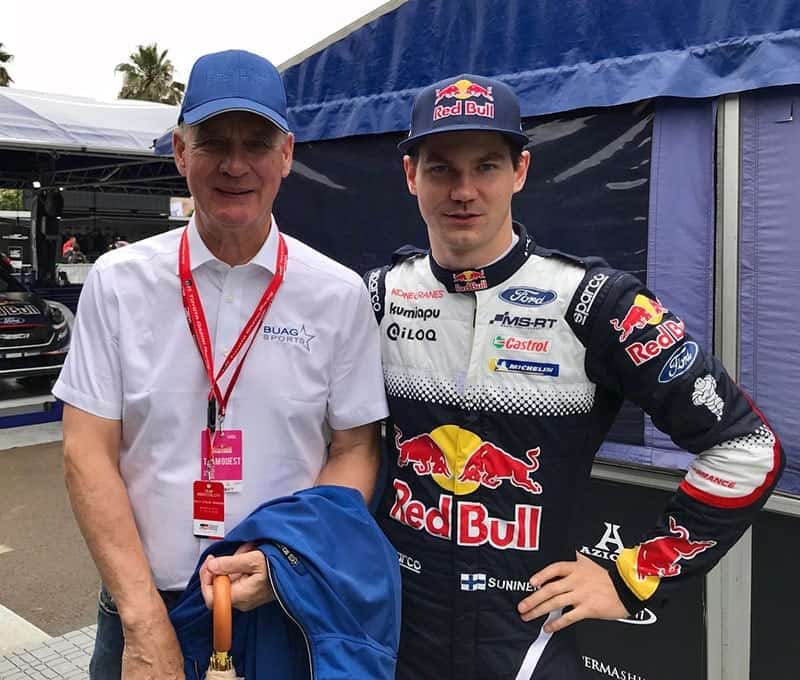 In the weeks before the 2019 WRC line-up sorts itself out and the realities emerge out of media speculation, Jouhki’s thoughts were much sought after.

He is currently the celebrated manager for top drivers Jari-Matti Latvala, Teemu Suninen and Kalle Rovanpera.

Firstly he was asked when we can expect to hear about Latvala’s future.

“That will be released soon. When talking about ‘my’ drivers I have been stating already for a good two months that all of them have contracts,” Jouki said.

“Kalle of course, we know that he will stay in Skoda, because he has a contract there. Teemu will stay at M-Sport as Malcolm (Wilson) has confirmed already, and Jari-Matti will drive somewhere, which will be released I believe in about two weeks.”

Regarding Rovanpera, have you been surprised at what he delivered at Wales Rally GB?

“I must say that the first morning, on Friday, was even better than I was expecting. Actually, the rest of the rally has been about on the level which I was expecting. He’s not pushing at all, he’s taking it very, very, very easily and not breaking the car and not doing any damage.

“And he’s saying that it’s actually pretty boring to drive that way!” 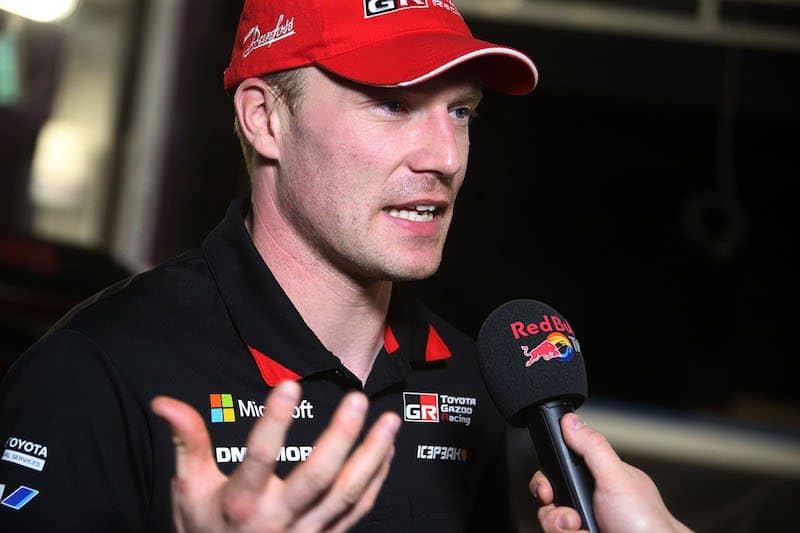 Jari-Matti Latvala will announce his 2019 contract in the next two weeks.

Over the years, Jouhki has been successful in helping drivers become champions.

“Not always right, but pretty much so. We have in our team eight world championships, over 80 event wins, countless podiums over 280, and WRC2, JWRC too. Of 2WD championships I haven’t counted at all.

“I have been working with this for quite a long time. I have a lot of friends who have a lot of knowledge of the drivers, of what is happening around, and I tend to pick my drivers pretty carefully.”

Is it correct at you were planning retirement, but Teemu Suninen brought you out of retirement?

“I have already stated it publicly! It all started when Mikko Hirvonen said that he was going to retire as he wanted to be with the family, so I was left only with Jari-Matti.

“Then Teemu surfaced, So I thought that I might help him. At that time I was waiting for Kalle to come into real action. I was obviously aware of Kalle’s doings and I’ve been helping him since 10 years or so.”

So you feel Teemu is a champion of the future?

“He is really talented. He doesn’t have a whole lot of experience. He has a good head and I think he’s well liked by the team managers.

“He can really be a champion, yes.”