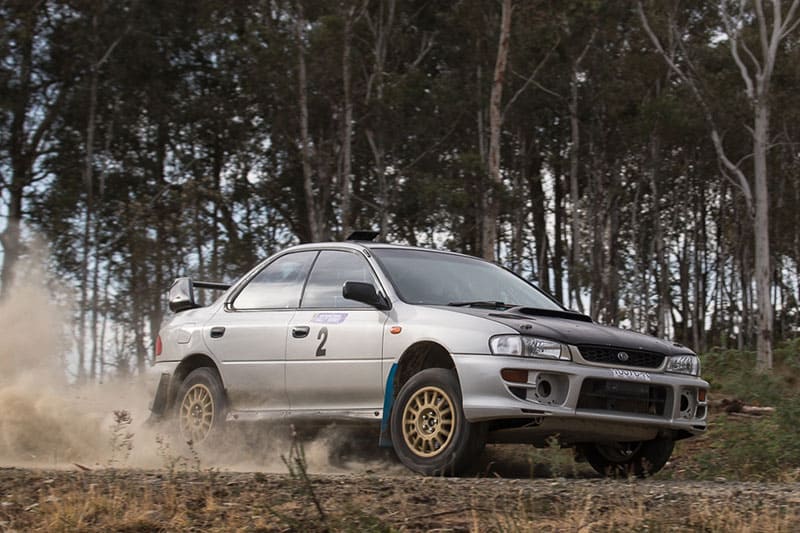 With grey clouds above and the threat of rain about, 37 crews set out from Rosewood Golf Club to battle it out over 170km and 10 stages of the fast and flowing roads in the nearby Carabost State Forest.

Skeffington was quick out of the blocks going 31 seconds quicker on SS1 than the Ford Escort of Tom Dermody and Eoin Moynihan, while Jody Mill was third fastest in the Mitsubishi Lancer Evolution VII, he won in the Live the Dream competition earlier this year.

A string of quick times followed for Mill and co-driver Michael Bannon before having to retire with an undiagnosed mechanical problem.

By the midway point, Skeffington had gone fastest on all stages to hold a two-and-a-half-minute advantage over Dermody with the Toyota Altezza of Bryan van Eck and Lizzy Ferme a further 28 seconds behind.

Dermody pulled four seconds back on SS6, but Skeffington and Patroni were in a class of their own, winning the final four stages, making it nine stage wins in all for the day. Dermody/Moynihan were a comfortable second, more than three and a half minutes clear of the van Eck/Ferme Altezza.

Round two of the Pipe King AMSAG Southern Cross Rally Series is on Saturday May 4 for the Orange Rally.

Vic stars back in action at Ada River Rally