Luck of the Irish deserts Dalton in Canberra - RallySport Magazine

Luck of the Irish deserts Dalton in Canberra 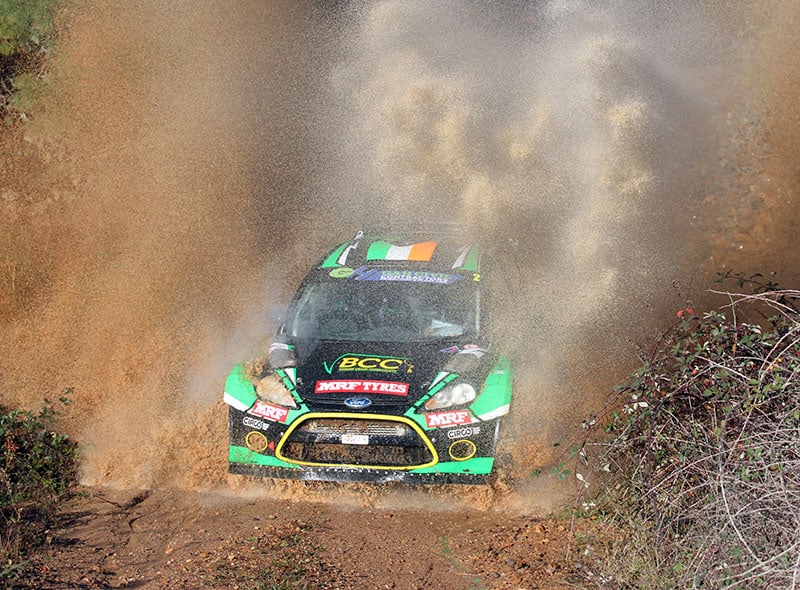 The Shamrock Motorsport crew of Richie Dalton and Dale Moscatt have had a disappointing weekend at the Netier National Capital Rally in Canberra.

After setting the second fastest stage time in the pre-event shakedown, held in treacherously wet and slippery conditions, the pair started the rally as the second car on the road in their Ford Fiesta Proto.

Conditions for the second round of the Australian Rally Championship were fine and sunny, with two heats and eight stages to be held over the one-day event.

Driving on roads that he had never rallied on before, Dalton set a steady early pace and was well within striking distance of a podium finish after two stages.

However, things turned sour on the third stage, when a fuel pressure sensor shorted out and caused the car to grind to a halt.

While the problem was only minor and would subsequently only take five minutes to fix, the short turnaround between the two heats of the rally meant that Dalton and Moscatt were unable to make it to the start of heat two.

“It was a bitterly disappointing way to end the rally,” Dalton said.

“The car was the best it had ever been, and we were really happy with our time on the shakedown stage. 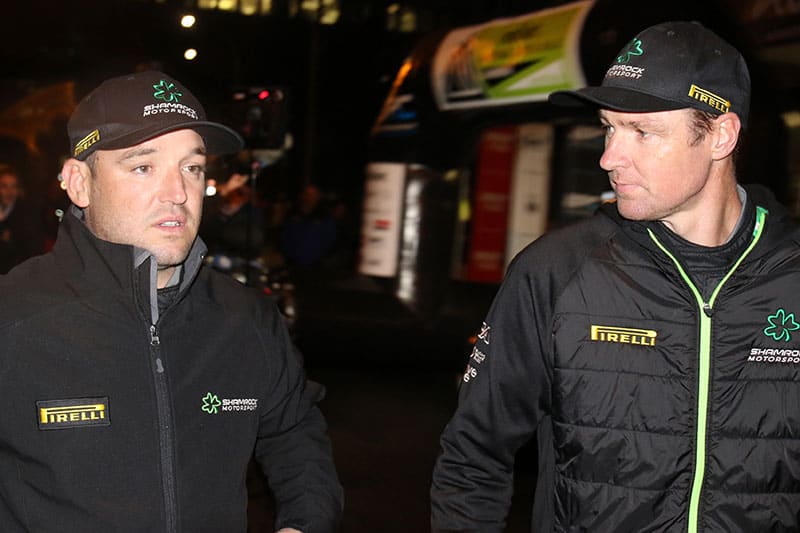 Richie Dalton (left) and Dale Moscatt were out of luck in Canberra. Photo: Matt Whitten

“We knew that there would be a high attrition rate in the rally, and staying out of trouble would enable us to get a good result.

“That proved to be the case, but unfortunately we were part of the attrition as well, and come away from the event with no points.”

Dalton is now weighing up his options for the remainder of the Australian Rally Championship, with the next event to be held in Tasmania in late June.

“The car is ready to go, so we’ll now discuss if we head to Tassie,” he added.

“We’ve dropped outside the top 10 in the championship now, and we’d need everything to go to plan for the rest of the year if we were to push for a top three finish.

“But we’re determined to get the best of the car, as we know it has plenty of potential.”