Alexey Lukyanuk will bid to become only the fourth driver in history to successfully defend their FIA European Rally Championship title after signing to drive a Citroën C3 R5 for Saintéloc Racing.

Jean-Baptiste Ley, the ERC Co-ordinator, said: “While we really hope that Alexey will get the opportunity to showcase his huge talent on a global scale having won the European championship – the established training ground for World Rally Championship drivers – his focus for 2019 is on defending the title he and Alexey Arnautov won so impressively last season. We are honoured to have them back in the ERC where they will once again provide the ultimate benchmark to the ERC Junior drivers aiming for the top.” 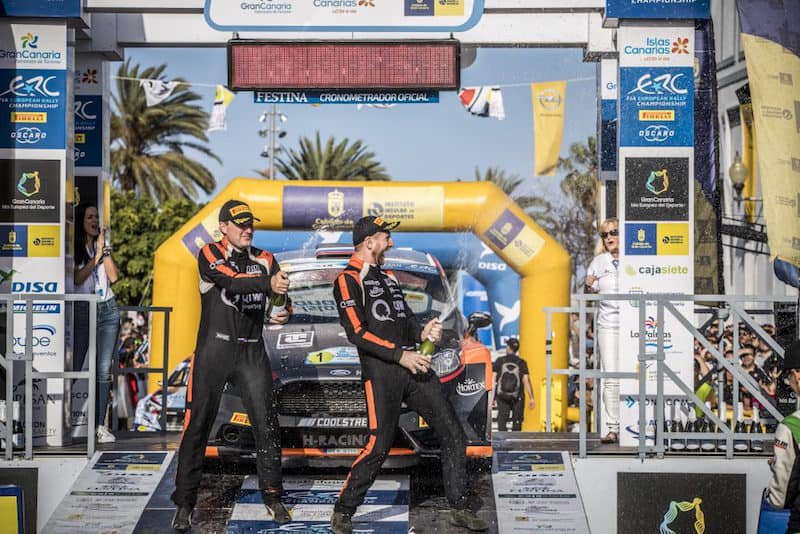 St Petersburg resident Lukyanuk, considered to be one of the most spectacular drivers of a generation, said: “It’s a huge challenge for us with a new team and new car. It will be tough but everybody is focused to work very hard and try to achieve the maximum. It’s a bit of a step into the unknown, like another championship, but we have good experience of the rallies and we have a good team.”

He continued: “What we can do massively depends on the feeling in the and within the team. Of course I am hungry for wins but I also need to be focused on scoring points and being more consistent. We did a very good job last year but still there were some unexpected things so we have to combine our speed with our reliability. It’s not easy but we will work hard.”

Vincent Ducher, Rally Manager at Saintéloc Racing, which guided Craig Breen to a trio of top-three finishes in the overall ERC standings between 2013-2015, said: “Saintéloc is glad to welcome Lucas and Alexey Arnautov to the team. We want to be back on the road to victory, so naturally we met a few months ago and discussed the possibilities with Lucas, one of the best drivers. With our two new rockets, the C3 R5 and Lucas, we have a lot of work to do, but it will be a great and exciting challenge with Citroën and Michelin backing.”

Lukyanuk will join Mattias Adielsson at Saintéloc, the Swede having been announced by the team last month to drive a C3 R5 in the ERC1 Junior category.